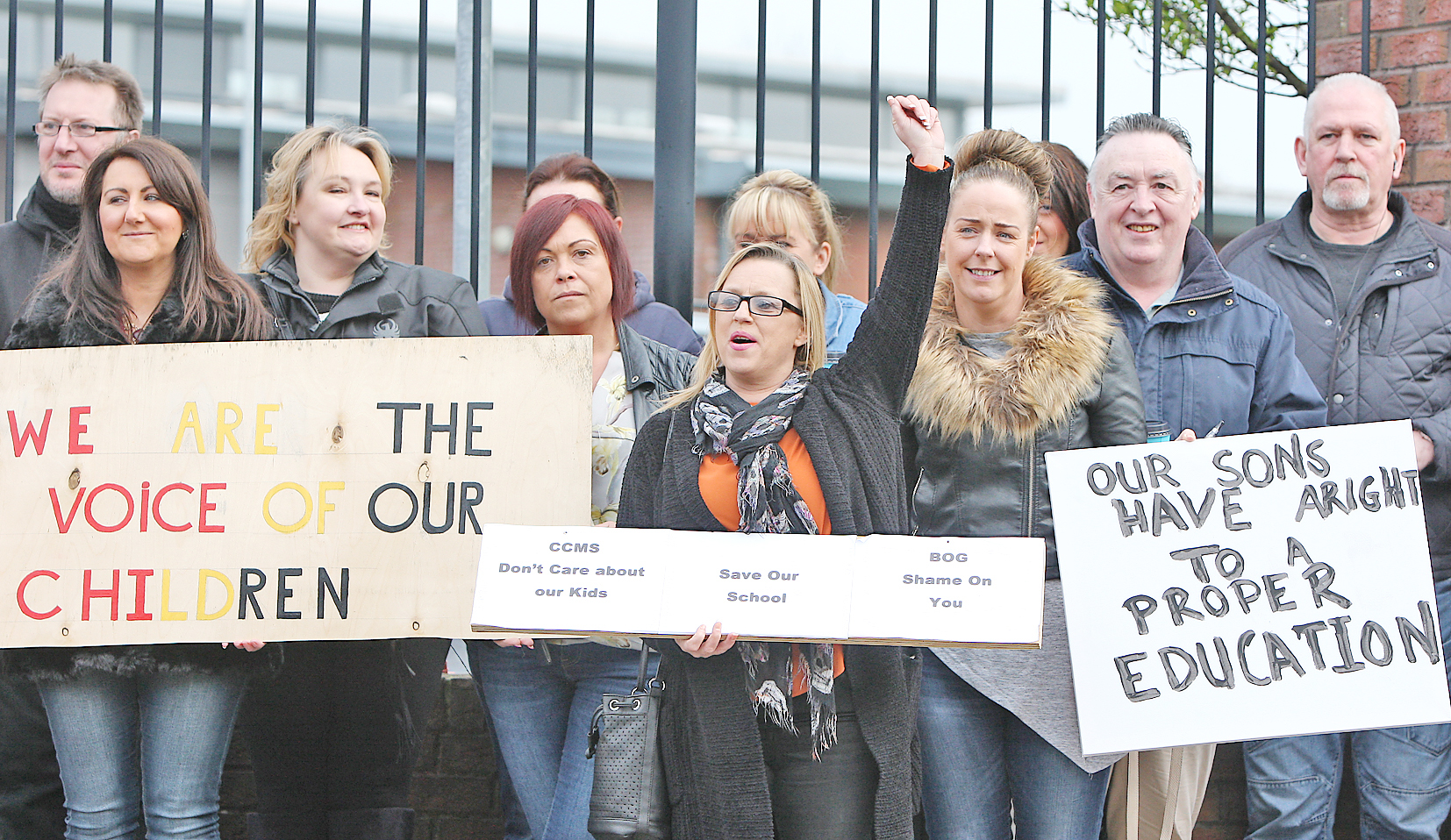 PARENTS of children at De La Salle College have been invited to an open-air rally near the school on Monday.

The rally will be at Glassmullin Green at 6.30pm  and aims to keep the public up to date with developments and issues surrounding the staffing controversy which is convulsing the school.

Kieran McCormick, Vice-Chair of the Concerned Parents Committee of De La Salle College, said: “The reason we are holding a rally is that we don’t want to just post things on social media, people need to know what is going on and they need to have the opportunity to put their questions to the Committee and discuss their issues out in the open. Our committee is made up entirely of parents of pupils at  the school who feel that the information we get needs to be shared and the best way to do this is publicly.

“The information we are getting we can no longer keep to ourselves, it needs to be shared with other parents, they have the right to know what is going on. We don’t have all the answers nor do we know everything that’s going on, but we feel public meetings are the best way to proceed.”

There will also be a meeting this Sunday at 3pm in Sarsfields GAC. However, that meeting is strictly for parents and guardians of children who presently attend De La Salle.

Kieran added: “The purpose of the meeting on Sunday is to enable parents to ask questions or raise any issues in a public yet comfortable environment. We would stress that this meeting is only for parents whose children currently attend the school, the meeting on Monday at the green is open to all members of the public.”

Protests have now entered a third week. In a statement released yesterday (Wednesday) the Concerned Parents Committee of De La Salle College said: “Over the past fortnight this committee has met with local political, church and public sector representatives.

“This committee has gained full support from all those that we have met including the Children’s Commissioner for Northern Ireland, Koula Yiasouma. The committee have also met with the Chair of the Stormont Education Committee, who has called for the positions of the existing Principal, Vice Principals and current Board of Governors to be stood down with immediate effect, as without this action the problem is only likely to fester further.

“The Chair has also asked for an independent inquiry into the situation as suggested by the concerned parents. The Concerned Parents Committee will continue to meet as agreed with each of the above to discuss progress made regarding the matters of concern. The committee will also continue to seek from the Minister for Education, John O’Dowd, a meeting with concerned parents, inter-vention and immediate action.”

The statement continued: “The Concerned Parents Committee welcome the decision by the teachers’  representative on the Board of Governors to stand down and acknowledge the recent appointment of Ms Imelda Jordan as Associate Principal.

“During the course of our meetings and our own investigations this committee has uncovered further information of concern pertaining to activity and decisions made by senior management within De La Salle.

“This information has been validated following leaked material from within the school and strong evidence provided by a former teacher. This committee will openly and honestly share all our findings at a private meeting for parents/guardians on Sunday 3rd of April, 2016, at 3pm at Sarsfields GAC, Belfast.”