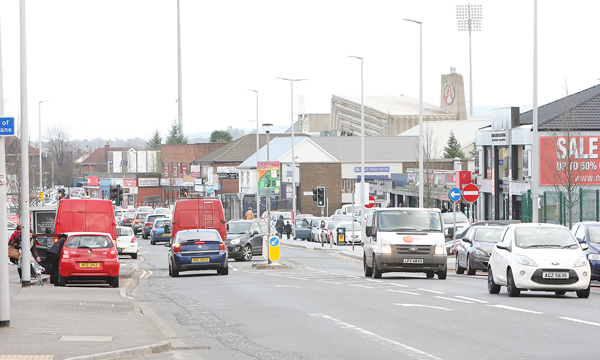 The stabbing took place in the Andersonstown area of West Belfast

TWO men have been arrested after a stabbing incident in the Andersonstown Road area of Belfast in the early hours of Wednesday morning.

The incident is believed to have occurred shortly before 1.30am.

A man has been taken to hospital for treatment to his injuries, which are not believed to be life threatening.

Local SDLP Councillr Tim Attwood said work needed to be done to remove the spectre of knife crime from the streets.

“There is no place for violence of any kind on the streets of West Belfast and especially knives,” he said.

“There is a worrying trend that more and more individuals are carrying knives and that will only result in serious injuries or worse.

“It’s important that the police and community work together to prevent violence of this kind and to take knives off our streets.”

Detective Sergeant Michael Hawthorne is appealing to anyone who may have witnessed the incident to contact detectives at the Reactive and Organised Crime Branch at Musgrave Police Station on the non-emergency number 101.
Alternatively, if someone would prefer to provide information without giving their details they can contact the independent charity crimestoppers and speak to them anonymously on 0800 555 111.