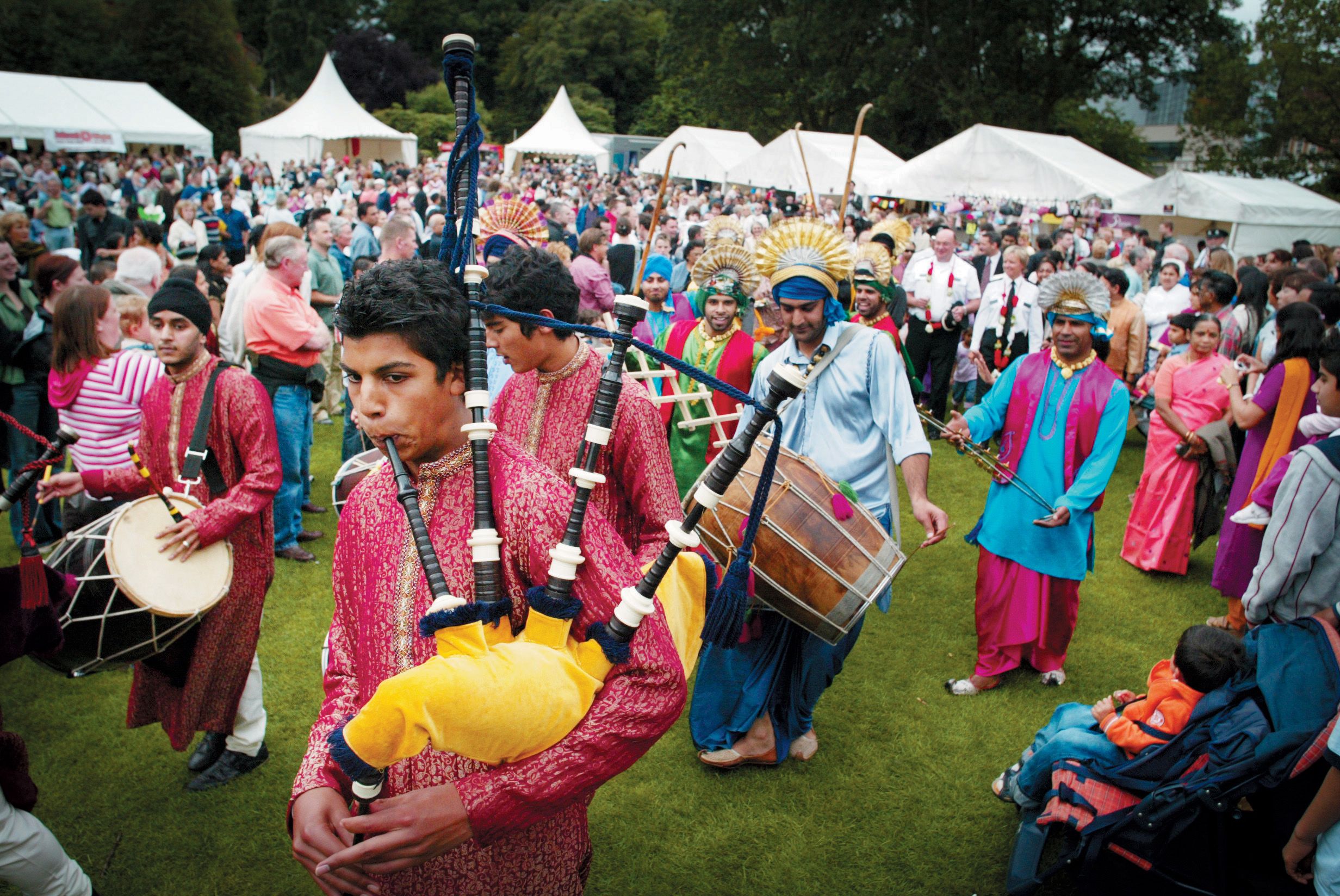 RESISTANCE: Mela is a multicultural festival of music, food and culture – many here still think that diversity is something to be opposed instead of celebrated

DID you know that Northern Ireland border agency officers conduct more immigration checks than in any parts of the UK? In comparison to the low number of non-UK/Irish citizens in Northern Ireland, the obsession with controlling the flow of newcomers does not make sense.

Sociologist Chris Gilligan, who has for years mounted campaigns with others to address the plight of detained persons awaiting deportation, says that too many unnecessary resources are being used to monitor the lives of non-citizens who are moving across the borders of the UK and Ireland. This level of immigration enforcement has mostly affected people from non-European countries. The post-Brexit realities will change Northern Ireland’s border control and still interesting is the fact that Ireland is the only EU land border that the UK shares with the European Union.

Here in the North, immigration is one of those classically controversial subjects. Many people have embraced the new faces; others are against new cultures, the laughter, hardworking people, the smell of their foods and the joy on the streets.  Rome was not built in a day, should we say? Such politics of immigration will hopefully settle in the long-term.

• Polish people share some history with Africa. In the six  years after 1939,  40,000 Polish refugees were spread across five to six African countries. Most of them had been deported to Siberia when Germany and Russia occupied Poland. They were then allowed by the Soviets to move to Iran. From the Gulf,t hey moved to East and Southern Africa.The refugees lived in Uganda, Tanzania, Zimbabwe, Kenya and South Africa. After the Second World War, the multitude of refugees left Africa to reunite with family in Canada, Britain, the United States, France and Australia.

Many Polish people in Northern Ireland do not know about these migrations of the 1940s. It is important that this history is shared with communities here because then can they learn from each other that during the 19th century, Caucasian people were heading south to Africa for safety from Adolf Hitler and Joseph Stalin's political grip in Eastern Europe. History is a strong part of cultural diversity.

Ireland is celebrated for its welcoming nature to new communities. This is what any part of the world should be like. Unfortunately, there are continued reports of hate speech, physical violence and discrimination against ethnic minorities.S o,there is a lot of work to be done. Government should be increasing funding to community organisations that are working to end the racial tensions in our society.
Live and let live.

Elly Omondi Odhiambo is a writer based in Belfast   ellyomondi@gmail.com