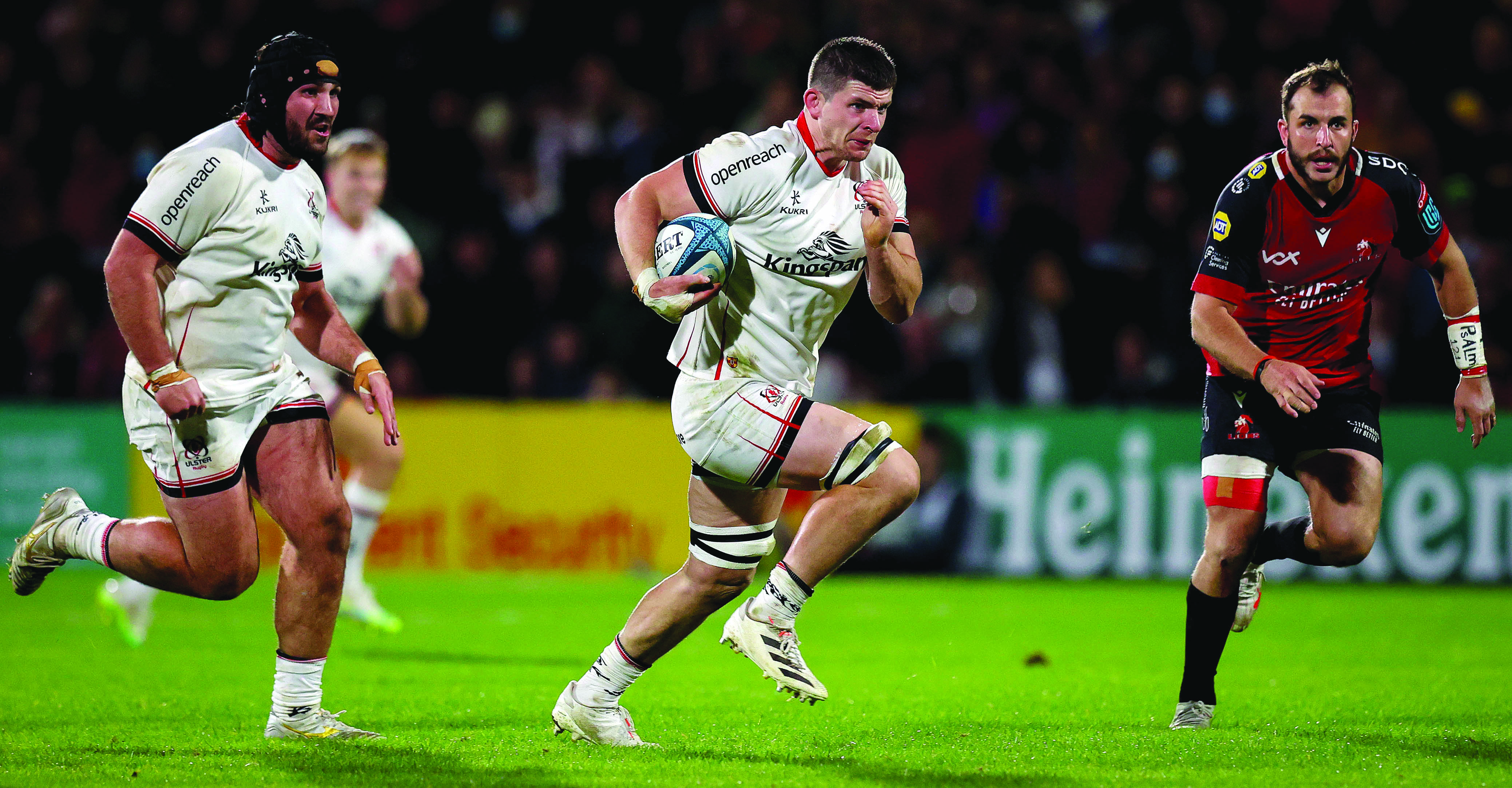 IT will be a hugely unique occasion at the Aviva Stadium in Dublin on Saturday when Connacht ‘host’ Ulster in the United Rugby Championship (5.15pm, live on TG4 and Premier Sport).

The Westerners have opted to switch the game to Dublin from their home venue of The Sportsground in Galway in order to facilitate more spectators and a full house could be a possibility as restrictions on crowds is eased on Friday.

This could lead to a very special atmosphere with both sets of supporters expected to arrive in their numbers for a game in which Dan McFarland’s side will hope to deliver and maintain heir perfect start to the campaign that has them sitting on top of the table with maximum points after four rounds of games.

Last Friday, Ulster continued their fine start with a 26-10 win over South Africa’s Emirates Lions at Kingspan Stadium, but that victory came a a cost with confirmation this week that Will Addison suffered a leg fracture in the game and now faces a lengthy spell on the sidelines.

“Will’s got a fracture to his lower leg,” McFarland confirmed earlier this week.

“He had surgery yesterday (Sunday) at the Royal Victoria hospital to stabilise that fracture. The surgery went well and he’s recuperating. It’s way too early to (set a return date).”

Addison is the latest to join a lengthy injury list, but this has not proved an issue for Ulster to date as they have scored four bonus point wins out of four and sit one point ahead of Irish rivals Leinster and Munster at the to of the standings and also in the Irish Shield section.

Connacht have not enjoyed anywhere near the same start tot he season as Ulster, having won just one of their four games that leaves them bottom of the Irish section and in 11th place overall, but came close to shocking Munster at Thomond Park last weekend only for a late Diarmuid Barron and Joey Carbery conversion seeing the hosts escape with a 20-18 win.

Jack Carty leads the scoring charts for Andy Friend’s side that will be keen to build on that performance in Limerick last week and Ulster head coach McFarland insists his players can’t afford to take anything for granted in Dublin on Saturday.

“We’ve been forward and back over the last couple of seasons, they’ve beaten us as many times as we’ve beaten them,” said the former Connacht player and coach.

“There have been some corkers of games. Do you remember what happened the last time we played Connacht at the Aviva, we were terrible (Ulster lost 26-20 in the August 2020 PRO14 game).

“I think I’d rather play them at the Sportsground. The last time we played them there we played really well.”

McFarland’s warnings have been echoed by Mike Lowry who came off the bench to make his 50th appearance for Ulster last week in place of the injured Addison and he has noted the threats that Connacht possess.

The United Rugby Championship will take a back seat for the autumn internationals after this weekend, so it would be the perfect way for Ulster too sign off should they manage to emerge with another five points before resuming on Saturday, November 27 with another trip to Dublin when they will face Leinster at the RDS.

As last season proved, every point is vital and speaking after the victory last Friday, Lowry says that while Saturday is sure to be a magnificent occasion, performing and claiming the points os the most important part of the trip.

“Connacht is a great team,” he stressed.

“They’ve shown a lot of attacking flair and have some quality individuals, so we’ll have to take care of.