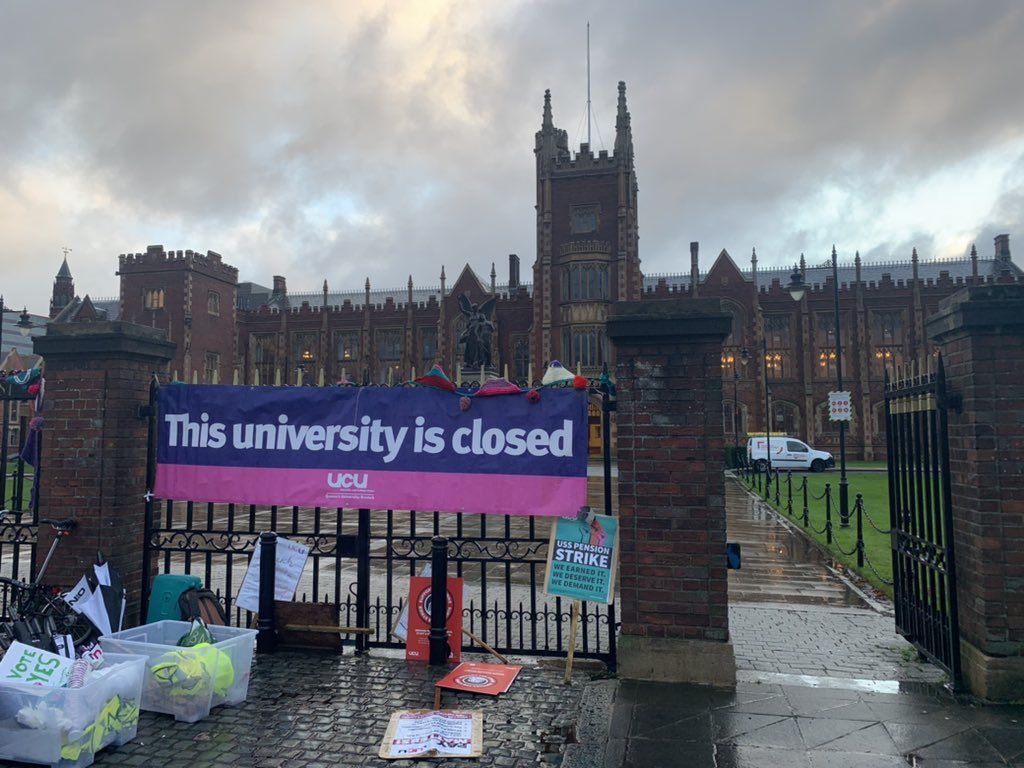 ACADEMICS at Queen’s and Ulster University are amongst staff at 58 universities that began a three-day strike on Wednesday.

University and College Union (UCU) members backed strike action in two separate ballots, one over pension cuts and one over pay and working conditions.

The UCU says staff pay has fallen by 20 per cent after 12 years of below-inflation offers, and that almost 90,000 academic and academic-related staff are employed on insecure contracts.

“But, sadly, the only time vice chancellors seem to listen is when staff take action, and those leading our universities should not under-estimate their determination to change this sector for the better,” she said.

“We are grateful to all the students who are supporting staff taking industrial action because they understand that staff working conditions are student learning conditions.

“Vice chancellors now need to concentrate on asking themselves why strikes have become an annual occurrence and seek to resolve this dispute in order to avoid more needless disruption to learning.

“If they continue to ignore the modest demands of staff then we will be forced to take further industrial action in the new year, which even more branches will join.”

A QUB spokesperson said: “We appreciate that the decision to engage in industrial action is not taken lightly and that staff do not wish to disrupt the education of our students, as they are our first priority.

"Queen's will continue to use its influence to shape and inform the national debate and remains committed to working in partnership with all trade unions at a local level.

“We expect the impact of the action to vary across the University and to be very limited in some areas. The majority of students will not be affected at all.”

Queen’s said they will “make every reasonable effort to mitigate the impact of strike action” and to ensure students are “not disadvantaged".

An Ulster University spokesperson said: "The university has been notified by UCU of planned strike action in response to national disputes relating to pension reform and pay and conditions in the Higher Education sector.

"We understand that this strike action can be unsettling for students and staff and we are working to minimise any potential disruption on our campuses.

"We are working hard to protect the student learning experience during this time and measures are in place to ensure that students whose studies may be affected by the strike are not disadvantaged at the point of assessment.”