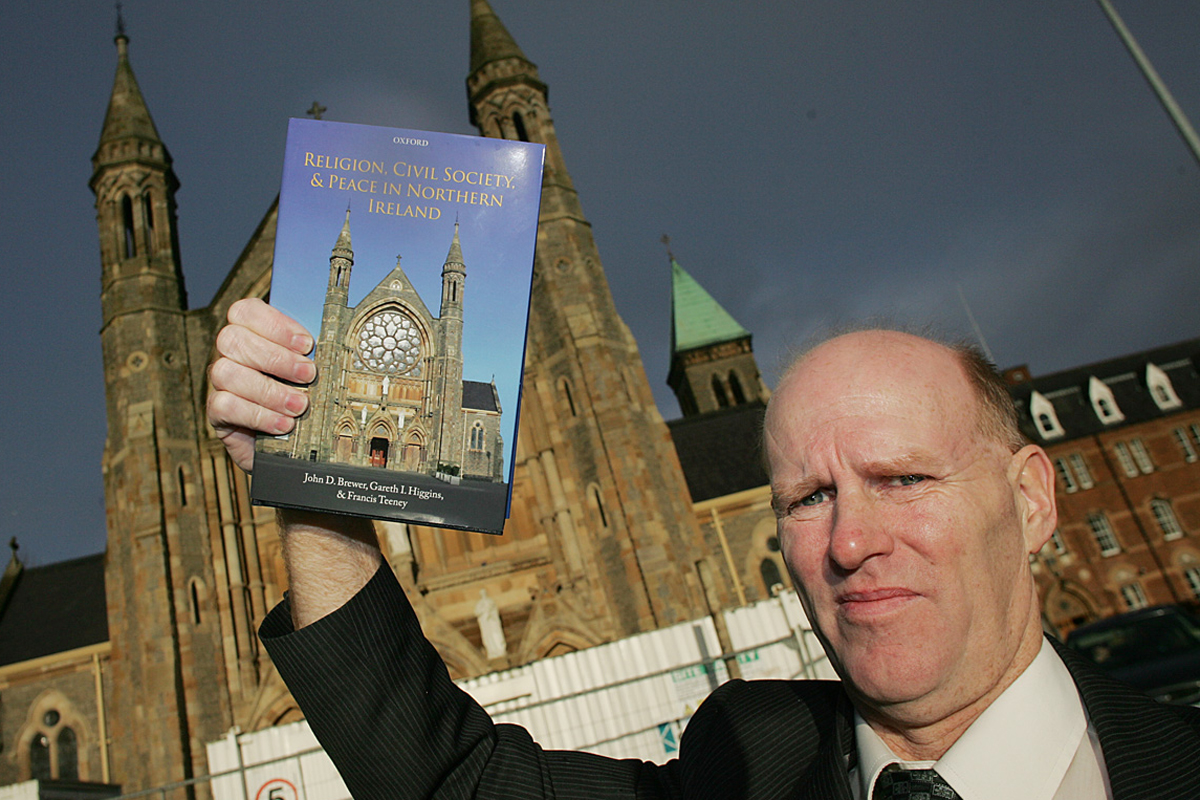 The seldom-told facts about how the churches here were involved in the peace process have been told in a new book.

We caught up with West Belfast man Francis for a chat about how the book came about and why they felt this is the story that needed to be told.

“The story of the peace process has been told from various angles,” he said.  “Politicians, journalists and Prime Ministers have all told how the peace process came about.  Myself and the co-authors heard about the church involvement, that there were individuals on both sides who were having secret talks with people involved in the conflict in secret places like monasteries and parochial halls, and that inspired us to write this book.”

Francis explained how it was the church structures that made it tricky for any clergymen to become directly involved, making their participation all the more laudable.

“The majority churches, the Roman Catholic Church, the Church of Ireland and the Presbyterian Church, had no policy on what to do about the conflict so they had no policy of communicating with those involved,” he said.

“The reason they had no policy was that they were either afraid of the parishioners or of being tainted by the Troubles. For example, Cardinal Daly would not allow talks with Gerry Adams or Sinn Féin in case loyalists thought the church was in cohorts with the IRA; it was said that he didn’t want people to think the IRA was the armed wing of the Catholic Church.

“These churches had no structure to communicate with those involved and so it was left to the honourable individuals who held secret talks without the sanction of the churches.”

Citing one early incident in church involvement, Francis highlights how courageous it was for the clergymen to get involved.

“In 1974, Sinn Féin held talks in County Clare with individuals from the Methodist and Presbyterian churches and they were raided and broken up by the Garda Special Branch.  The churches were attacked from all sides for it so there was a great reluctance to get involved any further.

“It was down to people like Fr Des Wilson, who continually through his columns in the Andersonstown News was trying to programme people for peace. It was Alec Reid who set up the Hume/Adams Talks, it was people like Bishop Edward Daly in Derry who were getting involved behind the scenes.

“Everything was hush-hush.  At the book launch on Saturday, Reverend Harold Good said he remembers talking with the people who didn’t exist and that’s exactly how it was.

“These were good people and they helped more than many to bring about the ceasefires.  When the new political leaders like Tony Blair, Bertie Ahern and Bill Clinton came on board, the church was marginalised.  But when the process stalled over decommissioning, they sent for the church in the form of Reid and Good because they are the ones who were trusted.

“The church is a part of the fabric of Northern Ireland but it was left to honourable individuals to bring about the ceasefires, to witness decommissioning and to push for reconciliation and that’s the story of this book.”

The project took almost six years for the three authors to complete but, as Francis explained, the time enabled them to cover every base of a fascinating story in Irish history.

“This book took five and a half years, it was far from a smash and grab, we were still interviewing eight months ago as we wrote it. It was a lengthy job but it was worth the wait as we got the full and interesting story through many, many interviews with those who were involved with the peace process.”

n Religion, Civil Society, & Peace in Northern Ireland is available in all good book shops and on Amazon.