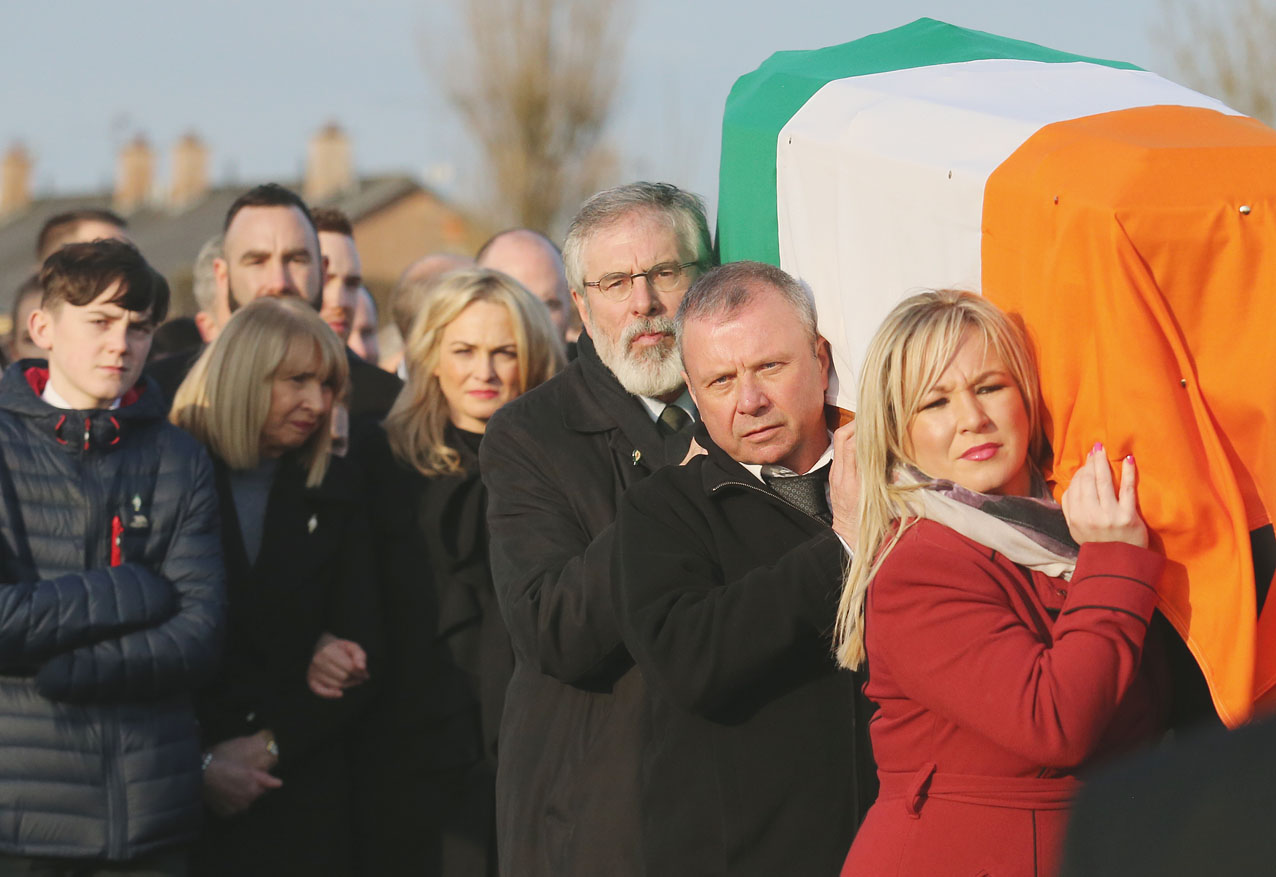 THOUSANDS gathered for the funeral of former deputy First Minister Martin McGuinness in his native city of Derry yesterday afternoon.

Seemingly endless crowds followed his coffin, draped in a tricolour, through the Bogside to St Columba’s church with spontaneous applause for the the late republican at every turn.

The 66-year-old died at Altnagelvin Hospital surrounded by his family in the early hours of Tuesday morning. He had been suffering from a rare heart condition.

Ex-US President Bill Clinton, President Michael D Higgins and Taoiseach Enda Kenny attended the funeral. During his passionate eulogy, lasting more than 10 minutes, the former President called for mourners to make peace in Martin’s name, urging leaders present – including former First Minister Arlene Foster – to pick up were he had left off.

“Our friend earned this vast crowd today," he said.

“Even more, he earned the right to ask us to honour his legacy by our living - to finish the work that is there to be done.

"He made honourable compromises and was strong enough to keep them and came to be trusted because his word was good.

"And he never stopped being who he was. A good husband, a good father, a follower of the faith of his father and mother and a passionate believer in a free, secure, self-governing Ireland.”

Mrs Foster was warmly applauded as she entered the church.

During his homily Father Michael Canny said the presence of political rivals stood as a testament to Martin McGuinness’s work.

“They have forged working relationships with Martin McGuinness, they have built friendships with him, they have occupied Stormont’s benches alongside him,” he said.

“The presence of those political rivals and opponents among you, who have come to pay their respects this afternoon, is the most eloquent testimony to the memory of Martin McGuinness.

“He knew only too well how many people struggled with his IRA past.

“Republicans were not blameless, and many people right across the community find it difficult to forgive and impossible to forget.

“The values he had, the principles he championed, are still very much alive.

“On that journey many years ago, Martin realised that the time for peace had come and he pursued the peace process with relentless energy for the rest of his days, until illness finally struck him down.

“In the course of that journey he encountered many obstacles but he remained resolute.

“In conversation he often repeated that there was no other way, we had to continually work for the building of peace and a better future for all.”