VIDEO: Republican ex-prisoners call for 'A Victims Pension For All' 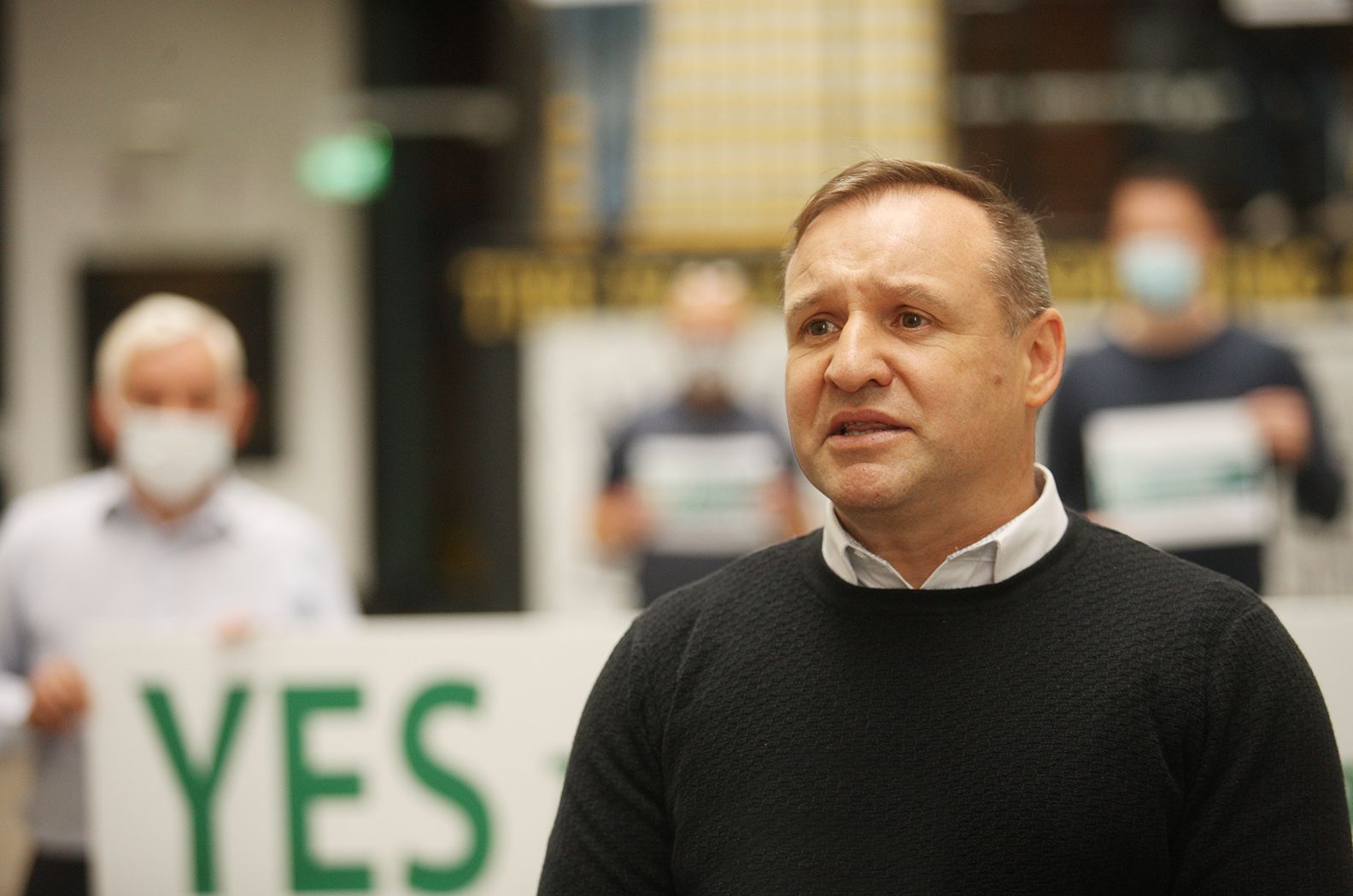 WEST Belfast MP Paul Maskey and North Belfast MP John Finucane are backing an ex-prisoners group’s campaign for ‘A Victims Pension For All’. Tar Anall launched the campaign at Conway Mill on Tuesday.

The group, which provides support to republican ex-prisoners and their families, are calling for equality for all victims of the conflict and “a pension for all those all those suffered life-changing injuries”.  The Troubles pension scheme was approved by Westminster in January but payments have faced delay due to the definition of a Troubles victim and over who will foot the bill.

Tar Anall’s project manager John O’Hagan described as “positive” Tuesday’s launch and spoke of how under the proposed pension regulations, “political prisoners will be excluded from the pension scheme”.

“We had been engaged with a number of political parties over the last couple of months regarding this issue over regulations that was set out by the Brits. On Tuesday we were highlighting the fact that there had been 25,000 former political prisoners, nationalists, republicans, imprisoned during the conflict. Throughout that period, a lot of them had been abused, whether via interrogation or in prison.

“We were highlighting the fact that those who had abused them would be accessing this pension without restrictions and the ex-prisoners themselves would not be getting access to it.

.@naomi_long tells @Anna__Q on @BBCRadioFoyle she expects to take applicants for Troubles Pension in the next five to six months

“The Victims and Survivors Order was agreed by all parties back in 2006, by placing restrictions, the definition of a victim, is creating a hierarchy of victims,” he said.

“There are so many people out there who are entitled to a pension but the British government are not an equal protagonist in this. There is no clear understanding on the monies required to roll the pension out and we need to look at how this is rolled out if ex-prisoners are refused access then what the legal options are here.”
West Belfast MP Paul Maskey said that there “should be no exclusion of victims ever”.

“If you have suffered and are a victim then you should be entitled to the pension. There have been many people who campaigned for many years for the pension scheme for victims and it is much deserved and needed, though there are a number of people who will be excluded. That is simply unfair and unjust. There needs to be an ending for all those suffering and no hierarchy of victims.

“I want to acknowledge the work of organisations such as Tar Anall for their campaign for ex-prisoners who will be exempt from this scheme. They have and will continue to challenge discrimination of ex-prisoners on this issue and the many other issues they face.”