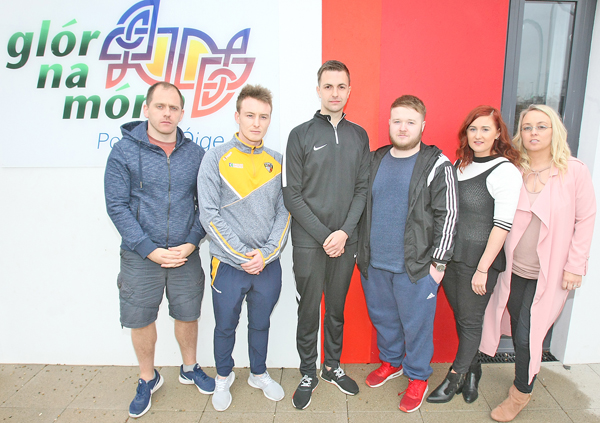 YOUTH workers throughout West Belfast are coming to terms with the realisation that they have lost their jobs this week after they were informed by the Education Authority that they are axing vital funds for youth services in the city.

Over 500 people attended a protest at Cólaiste Feirste on Tuesday night to protest at the news as the cuts fell heavily on many Irish language services for young people, particularly in West Belfast. However, other youth clubs will also be badly affected with reduced hours and services.

Pearse Knocker, a Youth Support Worker with St Agnes’ Youth Club in Andersonstown, said: “It’s heartbreaking, having to break the news to the young people – it was really hard to do.

“I’ve worked in St Agnes’ since 2013, before that I was a volunteer and prior to that I attended the youth club from the age of 12.

“It’s the children who are going to suffer the most. OK we have lost our jobs and it’s a devastating blow but what are these young people meant to do now?”

Speaking as news of the funding cuts came through Conchúr Ó Muadaigh of Glór na Móna said: “I am absolutely gutted to have lost my job today.

“Today was a brutal day. We have had our funding withdrawn. I need to be absolutely clear about this. This wasn't because Stormont isn't working or because of any budget not being agreed. This was a deliberate, discriminatory and vicious attack on our youth club.”