Voter registration surge ahead of election 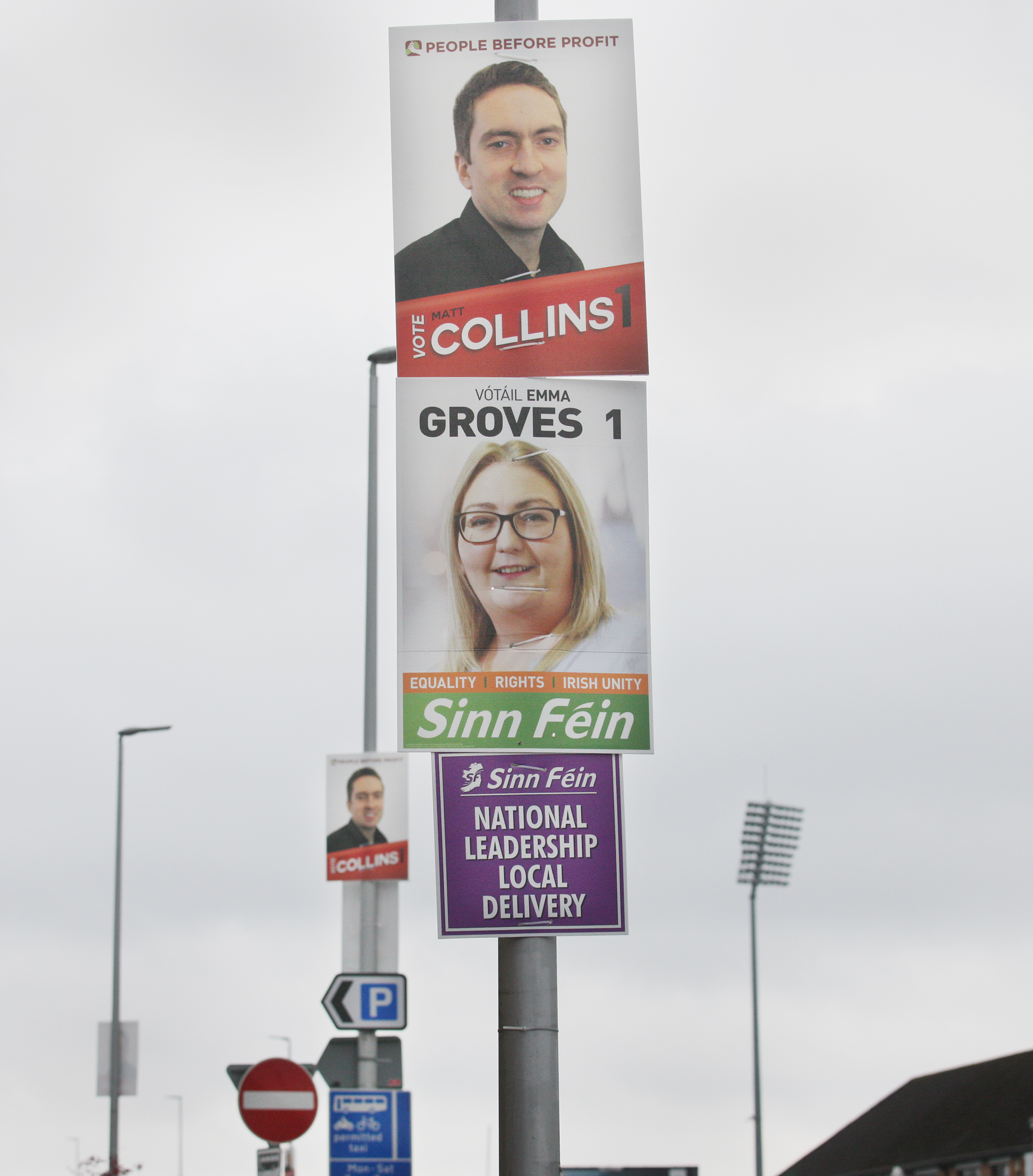 BELFAST has seen a surge in people registering to vote ahead of tomorrow’s (Thursday’s) local government elections.
Across the north, a total of 819 candidates will compete for 462 seats across 11 councils at a time when the number of registered voters is at a record level.
Five years ago at the last local elections, the eligible electorate was 1,243,649. It has now risen to a figure of 1,305,553.
Across the Belfast wards, the last month has seen a surge in people registering to vote.
In South Belfast, from March 9 to April 12, the Electoral Office received 3,182 online voter registration applications and a further 217 by paper.
North Belfast recorded the second highest with 2,582 online applications and 581 by paper.
There were 2,546 online applications in East Belfast and a futher 133 by paper.
West Belfast voters sent off 2,070 online voter registration applications and a further 775 by paper.
The ability to vote online has been credited with the surge in voter interest after electronic registration was rolled out from June last year with the aim being to make it even easier to vote.
According to the Electoral Commission, across the UK more than half-a-million people have applied to register to vote in the upcoming local elections, 36% more than expected.
A 'Got 5' campaign was also launched earlier this year to encourage people not registered to vote to take five minutes to go online and do so before the April 12 deadline.
Northern Ireland's Chief Electoral Officer Virginia McVea says voter registrations have risen substantially in the past ten months.
"We are certainly now looking at over 80% of people registering online to vote as they find it much easier and it only takes a couple of minutes," she said.
"We have indeed, as monitored by the Cabinet Office site, had unprecedented online applications to register - over 100,000 since the service began last June and more than 50,000 in advance of the local council elections.
“The new online system appears to be working well with very few complaints from people that they find it complicated, and the numbers availing of the service prove that."
Polling stations are open from 7am to 10pm on Thursday. People are reminded to bring their poll card as well as proof of ID.
The following ID will be accepted:
• A UK, Irish or EEA driving licence (photographic part) (provisional accepted)
• A UK, Irish or EU passport
• An Electoral Identity Card
• A Translink Senior SmartPass
• A Translink 60+ SmartPass
• A Translink War Disabled SmartPass
• A Translink Blind Person’s SmartPass