Walker thrilled to be the undisputed bantamweight king 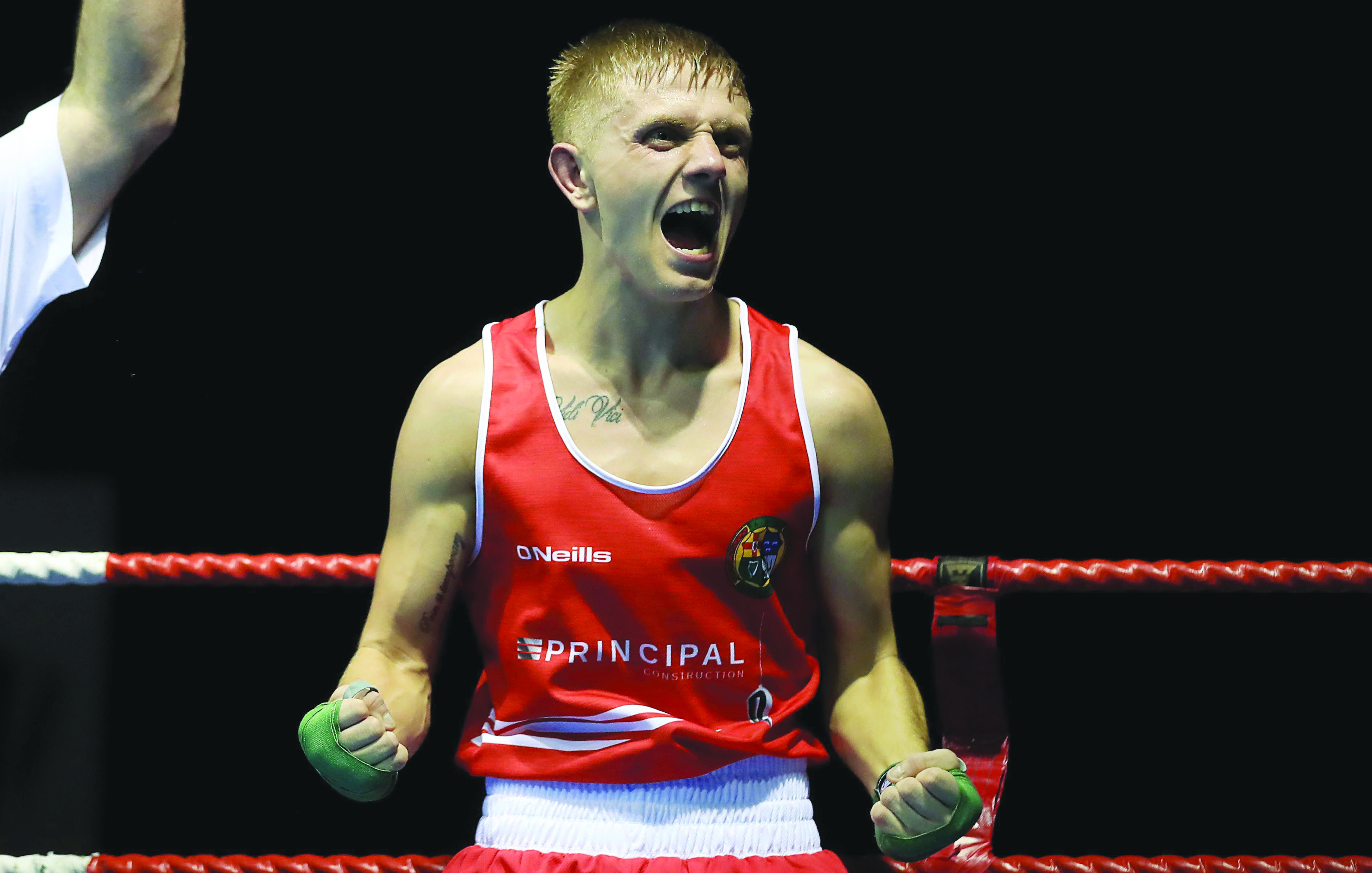 HAVING won the Irish Elite bantamweight title twice before, a third success may be cause for slightly less celebration, but that wasn’t the case for Kurt Walker who feels he has now fully emerged from the shadows following his victory Stephen McKenna on a unanimous decision.

His previous successes came with a side note that Michael Conlan has not entered and was without doubt the leading boxer at 56kgs, but with Conlan now a professional, the bantamweight crown is now all Walker’s and he says he intends to take full advantage by going on to represent Ireland with distinction at the European and World Championships later in the year.

“I have never been to the Worlds before, so it feels good that I'm the only boxer who can get to go and gives me something to train for,” he said after his victory.

“I'm the man to beat now, so I'm going to go and get a medal at the Europeans because I can be two or three times better than that, especially with (Zaur), Eddie (Bolger) and John (Conlan) in the corner, so I'll be a lot better.”

It was certainly a warm night inside the National Stadium and Walker admits the temperature contributed to something of a slow start.

The opening round saw him struggle to get into his usual rhythm, but a little shuffle of the feet in the second seemed to be the signal that he was ready to push on and he did just that, his footwork excellent that allowed him to dart in and out, land and control the pace of the bout.

McKenna has physically matured over the past 12 months and he did try to get inside to rough the Canal man up, but Walker was not in the form for getting dragged into his opponent’s fight and he boxed brilliantly, landing his own scoring shots whilst evading anything that came back to score a fully deserved victory.

“Three in a row, I'm buzzing,” he said with a huge grin after.

“It just takes me a while to get going sometimes, but my training camp was brilliant. That heat was hard to stick. I'm fit, but that heat was hard. I'm just so happy I got my third one.”