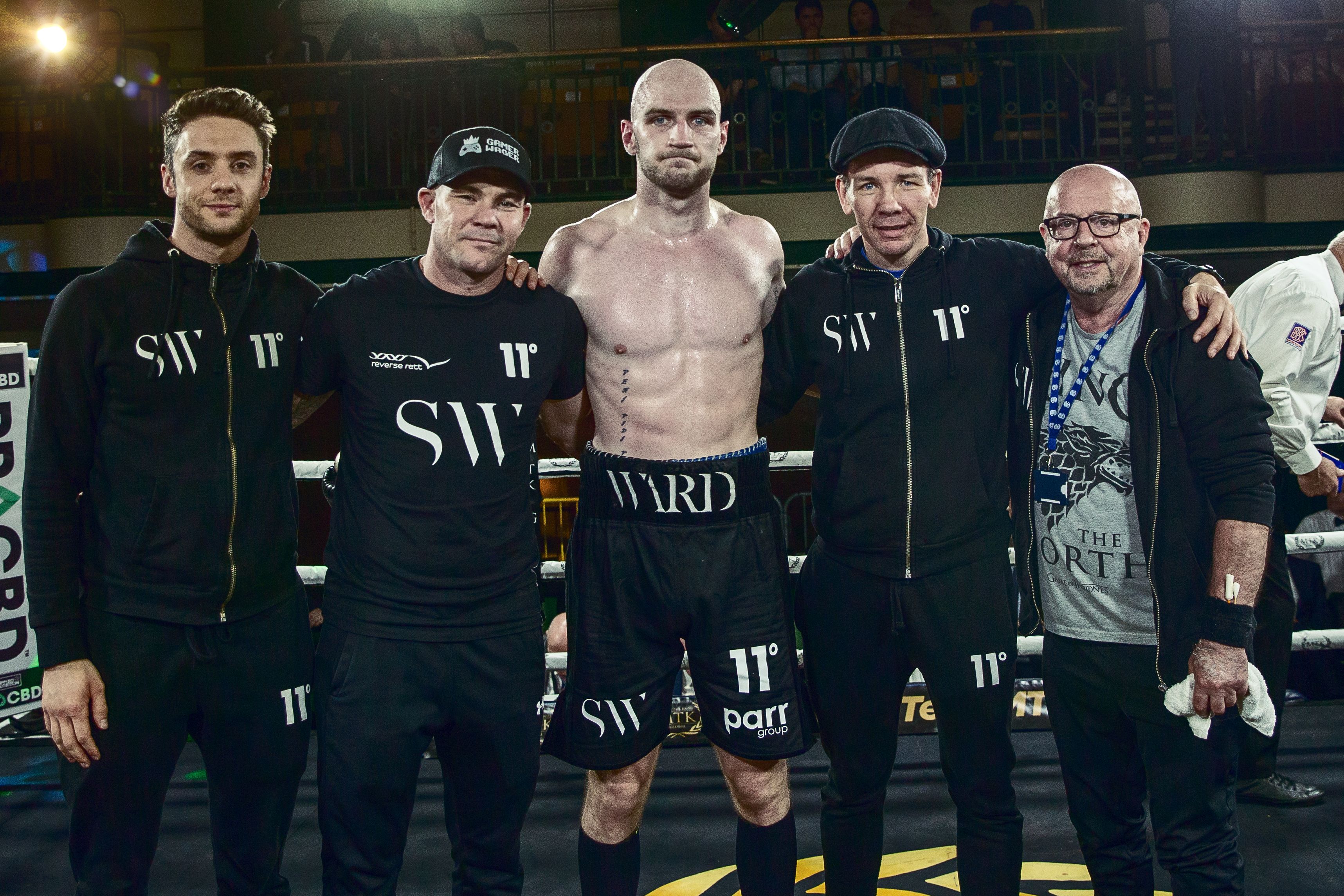 HIS final roll of the dice at light-heavyweight may not have paid off, but Steven Ward says he is excited to return to action as he makes the step-up to cruiserweight on Wednesday.

'The Quiet Man' lost his WBO European title in the quarter-final of the 'Golden Contract' light-heavyweight when blasted out in the opening round by Richard Bolotniks in December with his struggles to make the 175lb limit finally catching up.

A move to cruiserweight was therefore the logical step and the former Monkstown amateur will dip his toes in the 200lb division when he faces Jone Volau in Wakefield next week.

"I'm over the moon and I can't wait to be back fighting again," said the 30-year-old who had won his first 12 professional bouts before that reverse against Bolotniks.

"It feels like I've been out of the ring for a really long time. The last six months has helped me bulk up to cruiserweight, and it's given me the opportunity to get stronger and to improve.

"Training has been great, and I've been in Belfast mostly getting a lot of sparring with Tommy McCarthy, so you can't get much better than that.

"I don't know much about Jone Volau, but he'll be a big enough lad as he's coming down from heavyweight. I've just got to make sure I'm firing on all cylinders and I perform at the weight."

The jump to cruiserweight is a significant one given the size difference and he will take on a man who has fought mostly at heavyweight.

Volau is a native of Fiji and has a record of five wins and five losses, with half of those ending in stoppages either way so he comes to he ring both dangerous and vulnerable inside the distance.

Ward will need to pass this test and get a feel for the new weight with ambitions set on claiming the British title before the end of 2021.

"In the next 12 months I'd love to win the British title," he confirmed.

"First I need a few fights at this weight and a few wins, and then I believe I'll be in the running for it."

Ward vs. Volau is part of a massive Golden Contract card on September 30, that sees Ohara Davies face Tyrone McKenna in the super-lightweight final, while Ryan Walsh takes on Jazza Dickens in the featherweight final.