OPINION: Was the BBC consciously discriminating in Songs of Praise show? 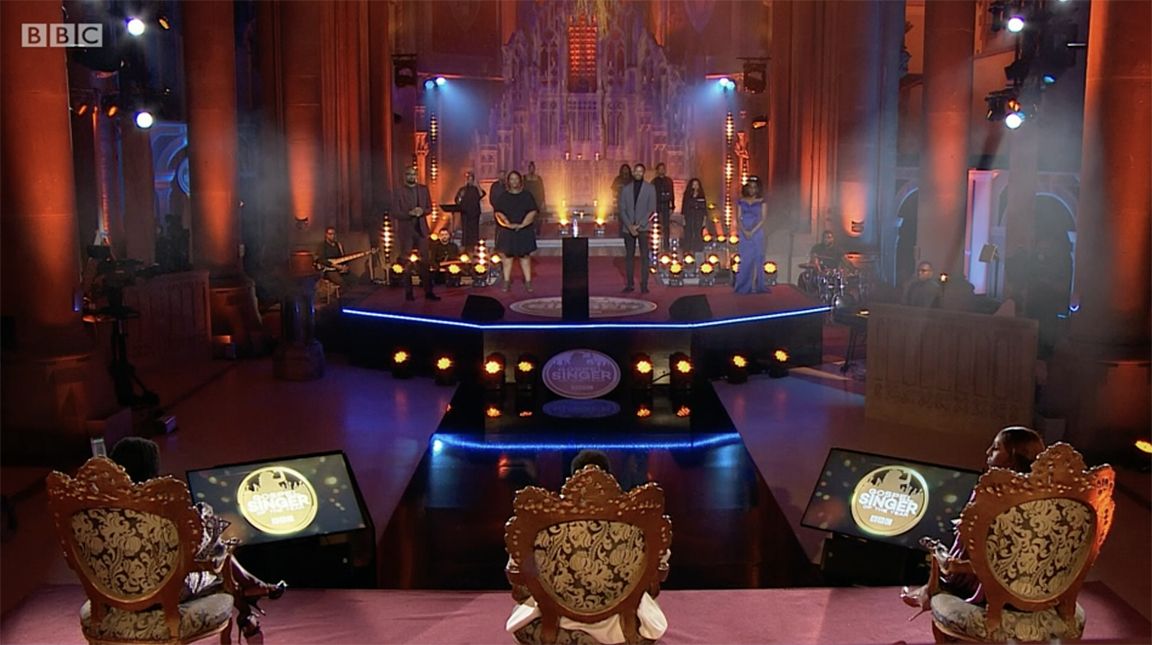 PEOPLE are giving sad Gregory Campbell too much airtime – and I am one of them.
Having two feet in your mouth and trying to speak is a hard job. This time the Democratic Unionist Party MP declared his disgust on social media when he made this big shocking discovery that the BBC Songs of Praise Gospel semi-final was an all-black line-up. He wondered how can you, a public broadcaster, be so deliberately prejudiced against the white population? You have singers, judges and presenters coming to our front room with black faces.

If you suffer the same discomfort as Greg, please read on – you might be converted the other way and, if not persuaded by his latest words on blacks, you are fine.

I said here last year that after the mass protests around the world against historical racial prejudice towards black people, media organisations were beginning to reorganise. A more radical observation would be the mainstream media in some Western nations decided to put black faces where they were never seen before whereas it was a cosmetic gesture in the past to be gracing the front covers.

I have paid a lot of attention to  what is happening. Is it good corporate marketing? Well, if there are more black people getting past the auditions and becoming the face of Songs of Praise and suchlike TV entertainment, then their white counterparts have to up their game. This is a capitalist world, competition is the only way to flex your muscle and for the very longest time the black face has been invisible.

I have been asking myself, is there a social hierarchy of bigotry? Are all forms of prejudice on the same wavelength? Is racism in the world worse than sectarianism? Is the colonial concept of tribalism worse than class hate? Is colourism the same as the caste system? Bigotry the world over has a common feature: hate. I think most forms of bigotry are given protection by nearly all social systems. For example, bigotry against this or that colour is deeply embedded in history, yet here in Northern Ireland the most common phrase that legitimises it would be a myth that goes like this: there weren’t any black people here so we cannot be racists.

It is claimed that a person may be prejudiced up to a point where they are not practising discrimination. Donald Trump and all his open prejudice vis-à-vis many issues has

Widespread criticism of @duponline MP Gregory Campbell for these Facebook remarks about *checks notes* Songs of Praise, the BBC, Black people and #BLM.

Tbh I wouldn’t post some of the replies. pic.twitter.com/0NQ2QKqGTU

engaged thousands of people in America and around the world who are not of his colour or thinking. So, there is a psychological argument that in prejudice there are many components: a behaviour in their attitude which has to be cognitive and effective. Such schools of thought throw at us a world that believes that discrimination categorically involves behaviour.

So, Gregory Campbell has gone out of his way to try and prove to us that the BBC is consciously practising discrimination and because he is paying the TV licence fee, like the rest of us, he must have the power of choice. How about the black targets of Campbell’s tongue-lashing? They just did what they do best: singing church hymns and other Christian anthems. They also work doing more important things than the art of political rhetoric. They didn’t hurt anyone.