Was there a dairy on the Whiterock? 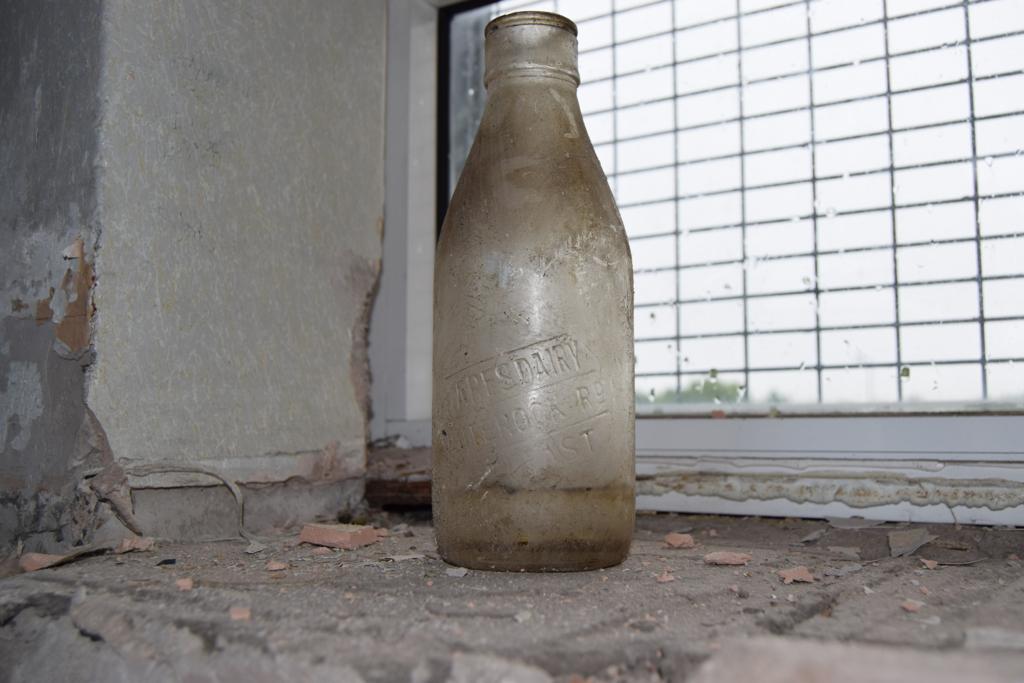 FIND: The milk bottle that was unearthed at the old St Thomas’ Secondary School this week

THE historical finds just keep on coming as the demolition of the old St Thomas’ School and former Belfast Met premises on the Whiterock Road continues apace.
An old milk bottle was unearthed this week, bearing the lettering ‘O’Hares Dairy Whiterock Road Belfast’ on its side. The intriguing bottle find comes just a week after the Andersonstown News reported on the discovery of a punishment ‘strap’ found behind a blackboard.
Sinn Féin Councillor Steven Corr said the bottle was proving another talking point in the area with many constituents asking “was there ever a bottling plant on the Whiterock Road?”
He said: “The bottle is of a similar style to the old pint of milk bottles that were in circulation for almost 80 years and which most people will remember were secured with a silver or red foil top or cap that carried the ‘best before’ date.
“I know there is the ‘Farm’ which is next to the entrance to St John’s GAC, but I wasn’t aware if there ever was a dairy that produced milk in it,” he said.
“There also may have been some sort of dairy where the current John Paul II Primary School is at the top of the Whiterock, but basically we are looking help in identifying the origin of the milk bottle.”
Cllr Corr continued: “There is a photo of the early days of St Thomas’ Secondary School and the grates of milk sitting outside, and anyone who remembers getting milk in school, will also remember that if it was left in the sun for any length of time, it went slightly sour and was rotten, but in those days, you had to drink it.
“The provision of free milk to schools was only stopped in the early 1980’s and I can remember a wee verse about Maggie Thatcher taking the school kids milk, as it was one of the austerity measures of the then Tory government in England.”