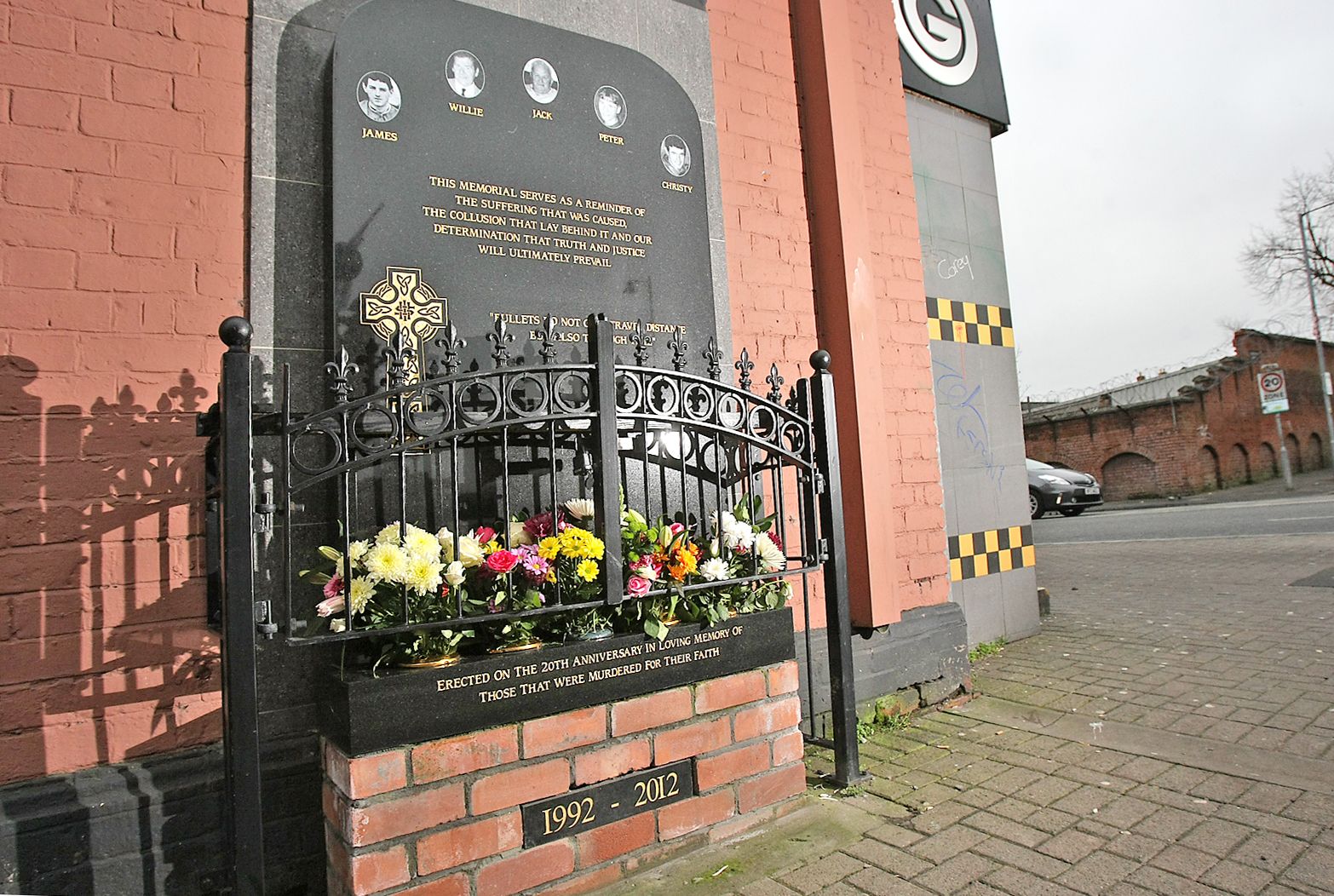 NOT FORGOTTEN: The memorial to the five victims on the Ormeau Road

RELATIVES for Justice has produced a hard-hitting new film which outlines "incontrovertible" evidence of collusion in the Sean Graham Bookmakers' atrocity.

On February 5, 1992, the UDA entered the bookmakers' on the Lower Ormeau Road and murdered five innocent civilians.

As well as the murders of Christy Doherty (52), Jack Duffin (66), James Kennedy (15), Peter Magee (18) and William McManus (54), seven more were injured, and five of them have died prematurely as a result of their injuries.

Made in conjunction with the surviving victims of the atrocity and the families of those killed, the new short film documents the protracted battle for truth and the level of state collusion, which it says is being "continued by the PSNI."

Six years ago, the then police Chief Constable, George Hamilton, was forced to apologise after it emerged that the rifle used in the attack was handed to the Imperial War Museum by the PSNI.

A second apology came from Mr Hamilton after the PSNI held back documents relating to the attack from the Police Ombudsman, who was investigating allegations of collusion between the RUC, other state actors and the perpetrators.

The families have called on the PSNI to "desist in blocking the truth".

They have also said that the Police Ombudsman's report on the massacre must be published "without further delay".