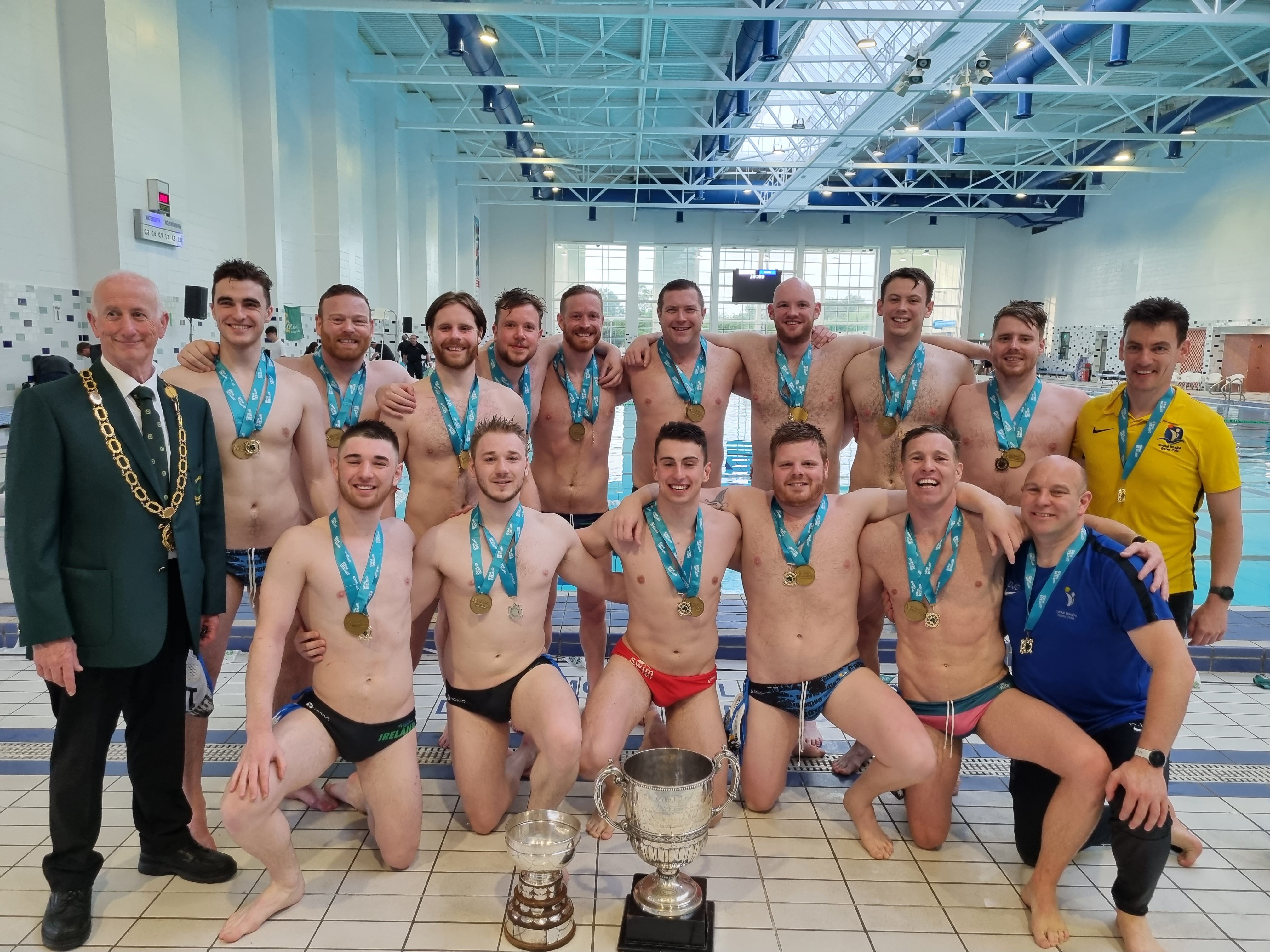 After they were recently declared Division One league winners, this was the 'icing on the cup' for the Belfast club which is currently in its 90th anniversary year.

The Brugha men’s convincing path to the final saw them beat Clontarf (Dublin), Clonard (Belfast) and North Dublin in the group stages, St Vincent’s (Dublin) in the semi-final and Corrib (Galway) in the nail-biting final at University Limerick on Saturday, May 14.

The game was close from start to finish as each team vied for victory and with the chants of 'Brugha' punctuating the air all night, a last-ditch effort to bring the game to penalties by Corrib was thwarted by irrepressible goalkeeper and captain, Chris Hodgkinson, to send the stands and livestream audience wild with excitement and relief!

“The lads dug deep to overcome a tough Corrib team to lift the cup. It was an incredible achievement to win it back to back, a first in the club’s history,” said Head Coach Conor Campfield.

Captain Chris Hodgkinson reflected on the historic win, adding: "To win the league and cup double in 2022 is a fantastic achievement for the club, coach and players.

"We had to beat all the main protagonists this year to win this prestigious trophy, it’s the fourth time for myself, Stio and Johnny and I’m already looking forward to the challenge of the treble next year.”

Chairman Ciaran McGurk commended the dedication of Conor Campfield, who will go down in history as the first Cathal Brugha coach to win the cup twice.

“This is a superb achievement for Conor as a former Ireland water polo international himself," said Conor.

"He took to coaching when his own playing career ended and his track record in the cup and league is exceptional. This season’s success is a phenomenal achievement by the team and by all of the unsung heroes who work tirelessly behind the scenes at our very successful club.

"Massive thanks to Ireland Water Polo and all of the organisers for an outstanding tournament.”