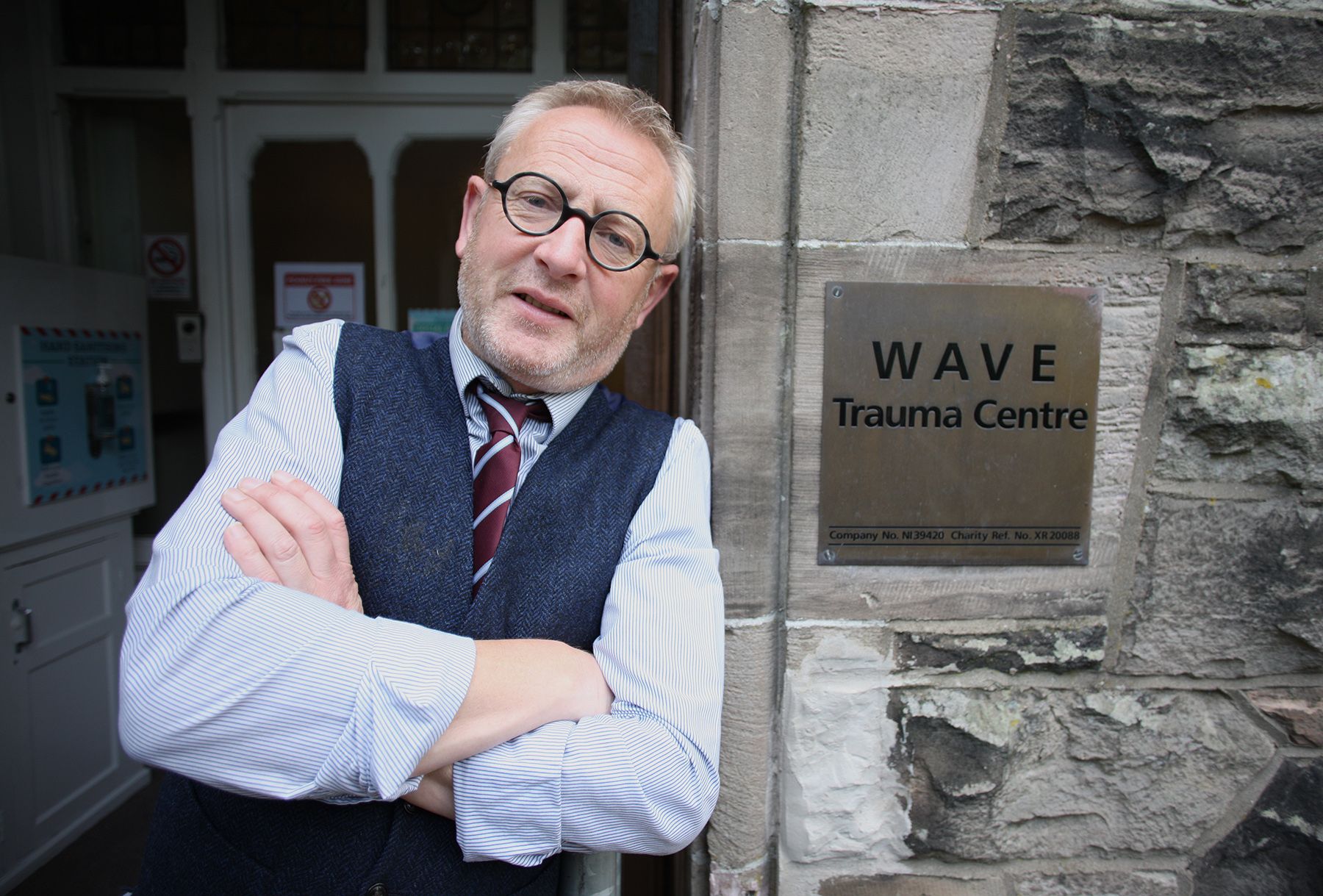 FORMED in 1991 from from a small nucleus of eight women, all of whom had lost their partner in the Troubles, WAVE aimed to empower women whose husbands or partners had been murdered.

The women chose a lighthouse as the corporate logo as they wanted WAVE to become a beacon of light and hope for people coping with the aftermath of traumatic bereavement and/or injury as a result of conflict.

Today WAVE – Widows Against Violence Empower – is the largest cross-community victims’ group in Northern Ireland, with six centres and a wide slate of projects spread across the North.

Whilst initially concerned with the bereaved, in 1995 the remit was expanded to include those who were injured and/or traumatised in the Troubles.

In North Belfast, WAVE is located in Chichester Park South, off the Antrim Road.

Alan McBride is co-ordinator of WAVE and first got involved with the trauma centre in 1996, three years after his wife was killed.

Sharon McBride (29) was at work in her father’s fish shop, Frizzell’s on the Shankill Road, on October, 23, 1993, when two IRA men walked in with a bomb which exploded almost immediately.

Nine people were killed in the explosion, including one of the bombers, and nearly 60 were injured. Sharon’s father, Desmond Frizzell, was also killed. The dead included small children and elderly people.

Speaking to the North Belfast News, Alan explained more about the early days of WAVE.

"WAVE started off as a coffee morning for women in North Belfast who had lost their husbands in the conflict," he said.

Strong, emotional and inspirational were just some of the words the nursing students used after today's session. 2/2#traumaeducated#traumainformed#expertsbyexperience pic.twitter.com/Lx5bFrYOKO

"The organisation started to grow and we worked with everyone. I got involved in 1996.

"There is a big argument whether the Troubles have really ended for some people. Paramilitaries are still active and recruiting in both republican and loyalist areas.

"Next year is 25 years since the Good Friday Agreement and you would think our work would slow up but we are as busy as ever.

"In Belfast, we prioritise the bereaved or those who are mentally or physically impacted by a Troubles-related incident.

"We are not a crisis intervention centre, but we get many referrals."

As with many organisations, the impact of the Covid-19 pandemic has been huge, but the work of WAVE never stopped despite the restrictions and lockdowns.

"It had a huge impact on staff and the way we ran our services, which was very disruptive," continued Alan.

"We were able to maintain a service throughout the pandemic. We got vital funding and were able to help people with essential shopping, oil and gas.

"We also had a virtual online programme, which involved quizzes and concerts, which was important to people who were isolated.

"But the building was closed to people and that was tough on those who used to come up here every day for that social aspect.

"When we were allowed to open, we were ultra-serious in following government guidelines with a one-way system in place and sanitising stations.

"From a personal point of view, I think the harm of the pandemic on people’s mental health will be worse than the pandemic itself. I think we are starting to see a bit of that now.

"We are nowhere near doing as much as we were before Covid. We have a programme on at the minute, which was never designed to be Covid-related but it is all about getting people together and getting that social aspect of life back.

"Our more serious work was done over Zoom, which just is not the same. That face-to-face contact is so important for dealing with trauma because you get a feel for the person."

As for the future, Alan wants to continue the good work of WAVE, whatever challenge it faces next.

"We will always be here. We will be working with victims of Historical Institutional Abuse and this is a very different type of trauma that we will be dealing with.

"It is a tough sector to work in. When you are a Troubles-related charity, you find getting funding tougher than other charities."