GERRY ADAMS: We’re not all complicit in the mother and baby scandal 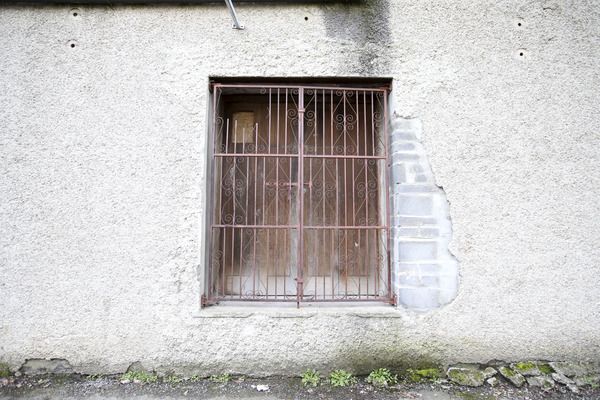 HORROR: The site of the former Magdalene Laundry in Donnybrook. Rollingnews.ie

THE recently released report of the Mother and Baby Homes Commission is a shameful record of the brutality, ill-treatment and abuse inflicted on generations of women and their children in these institutions.

This punitive attitude to women and children predates partition but partition led to the creation of two conservative states on the island of Ireland. The new regime in the Free State institutionalised this attitude when it abdicated responsibility for addressing many of the social issues that the state should have been responsible for. It left these to the Catholic Church and the religious orders.

Mother and Bay homes existed in the North also. The Executive has  put in place an interdepartmental group  to investigate and make recommendations on Mother and Baby Homes, Magdalene Laundries and historical clerical child abuse. This report  is  due in the next short while. It is of crucial importance that this report does not fall foul of the same mistakes that were made about the publication of the Dublin report. In particular I am referring to  the failure to make sure that victims and survivors got the report before it is published. There is also a clear need for an all Ireland approach. There has been a succession of damning reports over the last three decades. The scandal of the treatment of children in the industrial schools, the reformatory schools and in orphanages was exposed. Thousands of children were subject to sustained systemic physical, sexual, and emotional abuse.

Then came revelations about the Magdalene laundries. Scandal after scandal. Tens of thousands of children and women ill-treated.  The Mother and Baby Homes Commission was established after a local historian, Catherine Corless in Galway, succeeded in highlighting her research which indicated that hundreds of babies had died and been secretly buried in Tuam’s Mother and Baby Home.  In a sewage or septic tank. Corless identified 798 deaths of children who died at the home. There were no burial records.

Last week’s report by the Commission is shocking in its detail even at almost 3,000 pages – and I am still reading it – some victims and survivors say that it failed to properly deal with their plight. Taoiseach Micheál Martin, who rightly apoligised on behalf of the state, in his response said: “We did this ourselves as a society. We treated women exceptionally badly. We treated children exceptionally badly... All of society was complicit in it.”

While all of us have to accept responsibilty for ourselves and our own actions or lack of actions it is wrong to say all society was complicit. The political establishment was. It failed to protect the health and welfare of citizens. That is the responsibility in the first instance of the state. The state is to blame. Of course the churches bear responsiblity also. But the state allowed the churches to do what they did. That should never have happened. Women and children were victim of a brutal policy based on misogynistic nonsense and an obscenity that women and their babies should be punished if the women had sex outside marriage, even if this was forced on them, even if they were minors, victims of rape. Sex was a public sin. For women. To be punished publicly. Jesus wept!  There were no ‘Men and Baby Homes’. The women and babies were lesser beings.

Nine thousand children died in the 18 institutions investigated by the Commission. Thousands more bear the physical and mental scars of their experiences. This means that there has to be full redress, including compensation. And it cannot be a repeat of what has happened before.

Previously the state put in place schemes which were allegedly to help victims but often didn’t.  Many victims of abuse in residential institutions were cross-examined when seeking redress, forced to re-live their experiences and were re-traumatised. Many women from the Magdalene Laundries were initially excluded from the redress scheme. Women who had suffered symphysiotomies had only two weeks to apply for redress. Other women, who won their cases in court, had their verdicts appealed by the state.

The report by the Mother and Baby Homes Commission or the upcoming Report from the Interdepartmental Group in the North is not the last word on this issue. This work is only beginning.

A woman from Kerry told me what she’d always heard growing up was Leanbh ón ngréin, a child from the sun.

And when a friend of mine from Tiernahilla admired in North Tipperary A little lad running round a farmyard the boy’s granda smiled: ‘Garsúinín beag mishtake’.

A lyrical ancient kindliness that could with Christ accord. Can it outlive technolatry? Or churches?

Not to mention that long, leadránach, latinate, legal, ugly Twelve-letter name not worthy to be called a name, That murderous obscenity – to call

Any child ever born that excuse for a name could quench the sun for ever.

MOST nations have buildings and landmarks which are important to them in their struggles for freedom and independence. Robben Island in South Africa held ANC prisoners for decades, including Mandela, Sisulu and others. It is now a World Heritage site. The Cu Chi tunnels in Vietnam are a network of interconnecting tunnels that stretch for 75 miles.

Imagine someone deciding to abandon Robben Island or fill in the Cu Chi tunnels? Or if the government of India decided to concrete over the Jallianwala Bagh garden in Amritsar? That’s the place where in 1919 the British Army massacred at least 379 unarmed civilians in an act of slaughter similar to our Bloody Sundays in 1920 and 1972.

Imagine the outrage if the government of the United States decided to demolish Independence Hall in Philadelphia and replace it with a shopping  mall. It is the location of the second Continental Congress which met to sign the Declaration of Independence in 1776.

Every nation has these holy places where freedom was born or won.

We Irish are no different. Dublin’s GPO, Kilmainham, the H-Blocks and many more places dotted across this island tell the story of Ireland’s centuries-long struggle for independence. The 1916 Easter Rising and its Proclamation of equality and justice inspired others to throw off the yoke of British colonialism. Following six days of heroic resistance, the centre of Dublin lay in ruins. Five of the leaders of the Provisional Government met for the last time in 16 Moore Street and ordered the surrender.

In 2005 the late Shane MacTomais – historian – wrote of those events:  “At eight o clock on Friday evening 28 April 1916, with the GPO engulfed in flames, the Provisional Government of the Irish Republic and IRA men and women retreated from the building and endeavoured to make their way to the Four Courts  Garrison.

They left the GPO by the side entrance in Henry Street and made their way under constant sniper fire to Moore Lane.

When they reached Moore Street they entered number five, Dunne’s Butchers, and immediately began tunnelling from one house to another. The next morning, Saturday, they quickly realised that the wounded James Connolly, who had been placed on a panel door as a makeshift stretcher, would not fit through the openings they had made.

The men then placed Connolly in blankets and bundled him in great agony from house to house. When they reached number 16, Plunkets, a poultry shop, they placed him upstairs in the back room.

This small room, in a small house, in a small market street, in the heart of the capital city, was to be the last place where the members of Provisional Irish Government held their council of war. Pádraig Mac Piarais, Joseph Plunkett, Tom Clarke and Seán Mac Diarmada all took their places around James Connolly and discussed what to do, while Elizabeth O’Farrell, Winifred Carney and Julie Grenan tended the wounded. The leaders decided that it was necessary to surrender to save further lives.”

This is Moore Street. It is part of the 1916 Battlefield site – the laneways of history. It has been described by the National Museum of Ireland as ‘The most important site in modern Irish history.’ Today it is again a battlefield site. A major development company – with the support of past Irish governments – seeks to demolish much of these laneways to build a shopping  mall. The four houses – 14-17 Moore Street – which are alone designated a national monument have been neglected and are in a poor state of repair.

The battlefield site encompasses the entire Moore Street/O’Connell Street area. It stretches from Tom Clarke’s shop on Parnell Street; to the GPO; to Jenny Wyse Power’s home on Henry Street where the 1916 Proclamation was signed; to Moore Lane and Moore Street where the GPO Garrison retreated; to the spot where The O'Rahilly died; to 16 Moore Street where five of the seven signatories  of the Proclamation – Seán MacDiarmada, Pádraig Pearse, Joseph Plunkett, James Connolly and Tom Clarke – held their final meeting; to the Rotunda where the garrison was held by the British and where the volunteers had been founded three years earlier.

Moore Street transformation first look sees historic 1916 site developed to kickstart northside regeneration: The Save Moore Street campaign has welcomed the plans which were developed in conjunction with architects and the council https://t.co/yGIpBBnafE pic.twitter.com/xPSSf7RgeA

For over a decade a dedicated band of family members of the signatories – the Save 16 Moore Street Committee and the Families of the Signatories of the 1916 Proclomation – and their supporters have fought to protect Moore Street.

Last week the relatives published the first images of a regeneration plan for the area. The plan has been commissioned from a team of leading Irish architectural firms, planners and consultants. They believe that their plan “will not only reverse decades of official neglect but also act as a catalyst for the future regeneration of the city’s Northside. The plan also fully meets the recommendations of Minister Darragh O’Briens Advisory Group on the development of the Moore Street Battlefield as a historic cultural quarter.” This will also focus on the needs of local businesses and the Moore Street Traders.

The committee hopes to meet with Heritage Minister Darragh O'Brien in the coming weeks to discuss their proposal.

Support the families of the 1916 leaders. Support their efforts to build a fitting monument to the women and men of 1916. Contact the Minister and call on him to back the families plan. Email him at  or write to him at  Department of Housing, Local Government and Heritage,  Custom House,  Dublin, D01 W6X0