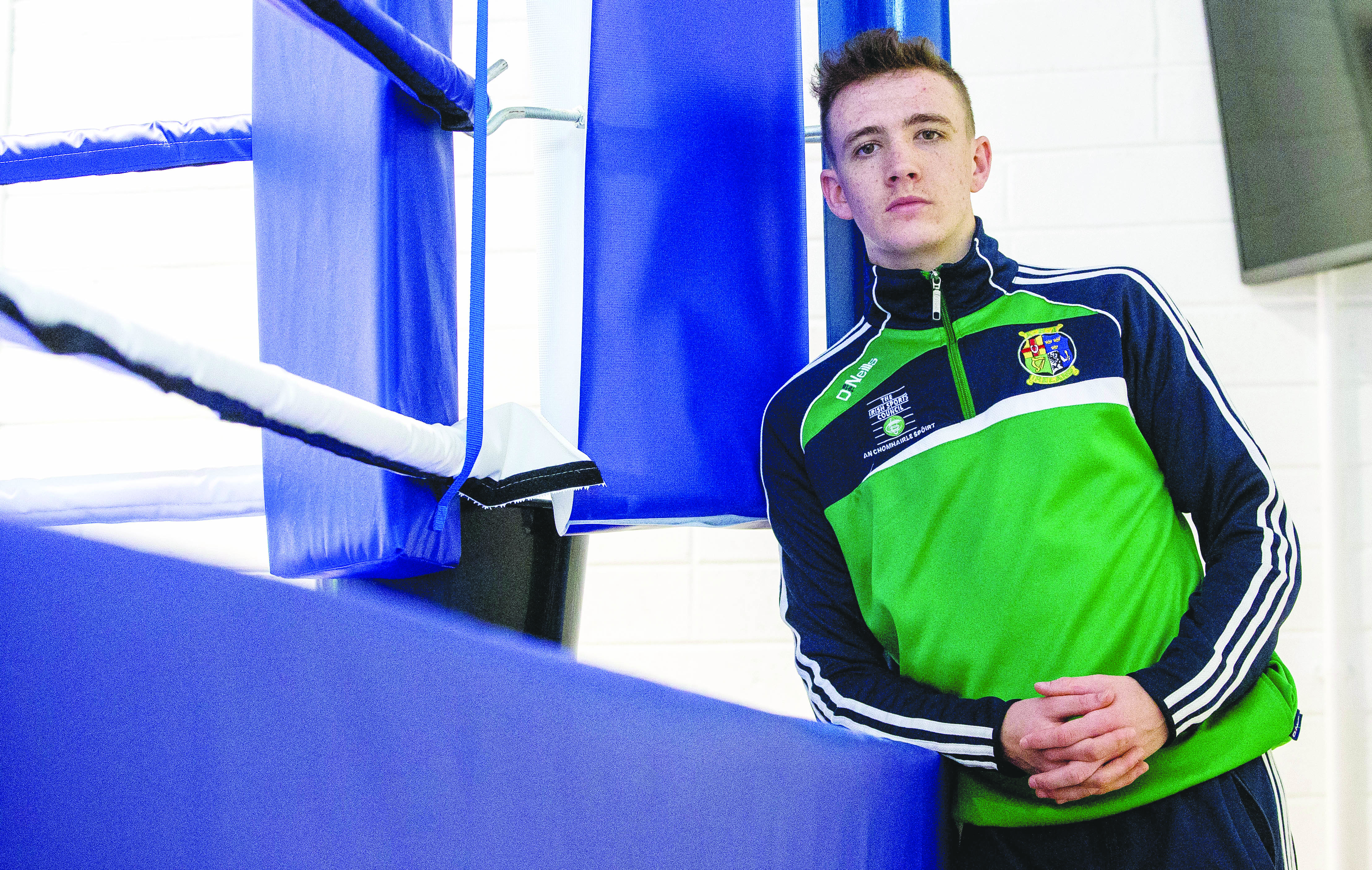 THE relationship between a boxer and coach is unique on so many levels. It’s not just teacher and student, but usually much closer than that. That is certainly the case for Brendan Irvine, the 20-year-old flyweight and his club coach, Ralph McKay.

The pair sat down for lunch following a training session just before Irvine flew out to Rio de Janeiro to make his final preparations ahead of the Olympic Games that begins for the flyweights on August 13/14 and immediately it became apparent their bond is more than just that of a boxer and coach.

“I wouldn’t even class Ralph as a coach, I would class him as family,” said Irvine.

“Over the years we have done everything together. I would just walk into his house and we’d have a cup of tea or whatever.”

Seeing his charge who he has worked with from the beginning is also a special time for McKay.

“It’s been a good friendship and I would have a really good relationship with his mother and his sisters,” he agreed.

“It’s a dream come true for a coach, to be part of someone’s life for ten years and then see them reach the pinnacle of his sport by becoming an Olympian. It’s a fantastic achievement. I’m proud as punch.”

Those dreams were realised back in April when Irvine overcame Bulgaria’s Daniel Asenov in the European Olympic Qualifier in Turkey to seal his place at the Games. It was obviously a special moment for the former La Salle pupil, to reach the promised land in his sport, but also for his home club, St Paul’s who can now boast an Olympian in their ranks.

“The club has only been going since 2009 so to produce an Olympian is massive, but it’s not just something that happened overnight, said Irvine. “This has been years in the making. He (McKay) will tell you that I was always the first in the gym and the last to leave.”

“He always wanted to learn,” agreed the St Paul’s coach.

“He was always looking to go to Dublin with me when Kenny Egan was in his prime and you had Darren Sutherland there as well. He would be standing there looking and watching. If you didn’t pick him up to go down you would hear about it for a week.”

That desire and dedication began to pay off as the West Belfast man rose through the ranks and he signalled his intent with a victory over Cuba’s Joahnys Argilagos - a man whose path he would cross again - at 2014 Pavlyukov Youth Memorial Tournament.

It was then into the senior ranks where, in the absence of the WSB-tied Paddy Barnes, he claimed the Irish Elite title at light-flyweight. That paved the way for a trip to the inaugural European Games and the meteoric rise continued as the-then 19-year-old returned with a silver medal.

That qualified him for the World Championships where there was also an Olympics’ berth up for grabs, but given Barnes had already qualified for Rio, it would not be a straightforward process.

As it transpired, Irvine fell short, losing out to Argilagos - who would go on and win gold - in the quarter-final, but in a way this may have been a blessing in disguise as a move up in weight saw him become the first Irishman to win an Elite title at a different weight in the same calendar year.

“Ralph will tell you when I came back from the Worlds last year, I only had one day off,” he revealed.

“I decided I wanted to do this right as I thought ‘I have to get to the Olympic Games’ and if I’m going to do it at 52 kilos then I have to do it right. Thank God, everything has paid off. I won the Seniors and then I was into the Olympic Qualifiers.

“When I lost at the Worlds (against Argilagos), he went on and beat a fella (Dmytro Zamotaev) in the next fight I had beaten before. It just shows that with a bit of luck in the draw - or even on the day - anything could have happened. It just shows that I wasn’t far off.”

He most certainly wasn’t. That Elite title sent him to the European Olympic Qualifier where he needed to finish in the top three to qualify for Rio.

In the semi-final, things didn’t go to plan with defeat to Armenia’s Narek Abgaryan, but with a second chance in a third-place box-off against Asenov, ‘Wee Rooster’ took it with both hands.

There was obvious joy at stamping his ticket for Rio, but in typical fashion, there was no resting on his laurels as attention turned to the Games.

“From April, I think I had two weeks off and then I was straight back into training,” said Brendan.

“I had a camp down in Dublin with Kazakhstan, India, GB and Germany so I didn’t have much time to think about the Olympics.

“It’s been good as I have been kept busy and have just kept the head down. Once you start thinking you have got there then there is the chance when you get out there you won’t perform. This has helped my stay focused.”

Four years ago in London, another young up-and-coming flyweight from West Belfast announced himself to the world.

Back then, Michael Conlan was something of an unknown outside local boxing circles but now he is one of Ireland’s major hopes for gold.

“Nobody really knows who I am at the moment so it’s great having no pressure,” he agreed.

“This is my first Olympic Games so I can just go and enjoy it. If I manage to pick up a medal it will be a bonus, but hopefully I can achieve that. The Olympics only come once every four years so I plan to enjoy it. Whatever comes, I just plan on keeping focused and try to perform.”

Many would have viewed the next Olympics in Tokyo as Irvine’s time to shine, but qualifying for these Games is certainly not grounds for complaint.

His coach says it has been a long, tough road for his charge but says he is only going to get better and this experience will certainly do no harm.

“Being a boxer and getting to that top level takes a lot of sacrifice,” added McKay.

“Making those sacrifices helps achieve those big goals. It hasn’t been easy.

“Every time he moves forward the hurdles get bigger but he’s still learning and he’s still growing. When it comes to 2020 in Tokyo, he will be like the Barnes’ and Conlans. By then there will be new kids coming through, but Brendan is coming through now. He still has another six years as an amateur anyway and after that we will maybe look at the bigger picture.”

For now, the big picture is the next three weeks in Rio. Irvine has identified Azerbaijan’s world champion, Elvin Mamishzada – who he sparred recently - as the man to beat in the competition, but acknowledges there will be no soft touches.

“There are no easy fights. Everyone has had to qualify so it’s not as if there are weak countries in there, it’s the best of the best,” he stressed.

“It will be hard but we are ready for it. I have trained hard over the past weeks and months, even years for this so we are ready.

“If I was offered a silver medal or bronze now, I would grab it with both hands. It would mean the world to me to go, represent my country in the Olympics and bring back a medal.”

Given the way the Glencolin man has cleared each hurdle to date, nothing can or should be ruled out in Rio. Still, a medal would be his finest hour, his and his club coach who will slip and counter each punch from outside the ropes.