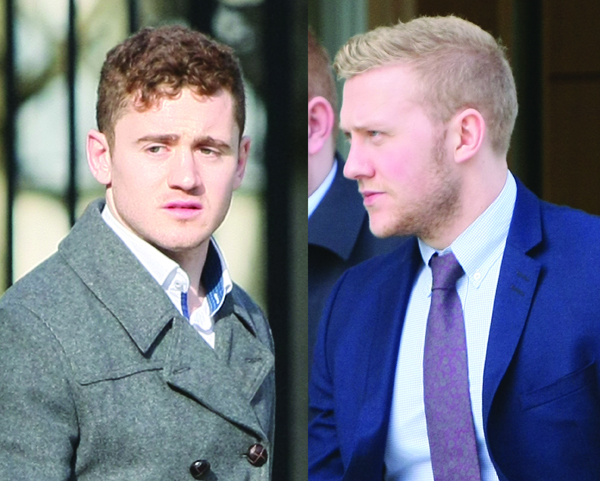 A WEST Belfast man has pleaded guilty to publishing the name of a woman at the centre of a rape trial involving rugby players Paddy Jackson and Stuart Olding.

Sean McFarland (36) was fined £300 after being convicted of breaching a lifetime ban on reporting the identity of the complainant in the case against the former Ireland and Ulster players. McFarland, from Rinnalea Gardens in the Lenadoon area of the city, is the first person in the north to be prosecuted for the offence.

Paddy Jackson and Stuart Olding were both unanimously cleared of raping the woman following a high-profile trial earlier this year. Amid unprecedented public interest, concerns over social media commentary persisted throughout the 42-day criminal proceedings in Belfast. The complainant is entitled to anonymity for the rest of her life.

McFarland was charged with publishing the then 19-year-old woman’s name on a date between February 7 and 9 this year, in contravention of the Sexual Offences (Amendment) Act 1992. He had been expected to contest the allegation, but instead the Courts Service confirmed McFarland entered a guilty plea yesterday.

Detective Chief Inspector Zoe McKee from the public protection branch welcomed the conviction.
She said the prosecution “should act as a deterrent to anyone who names a complainant in any serious sexual offence, who are entitled to lifelong anonymity.”