West Belfast priest steps down from post at St Peter’s 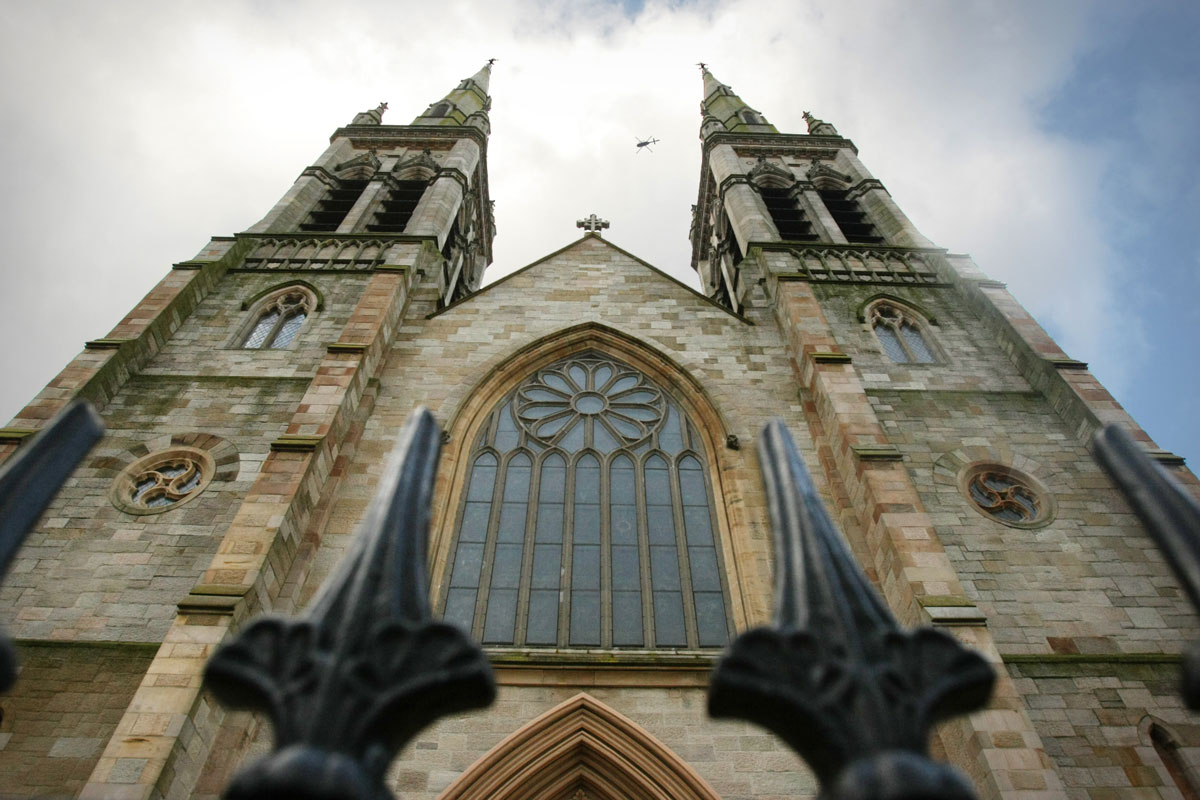 A SENIOR priest from St Peter’s Cathedral has stated that he has never abused any children. Fr Hugh Kennedy has stood down from his post as administrator with the Falls church after talks with Bishop Noel Treanor.

Father Kennedy, who has been on sick leave since July, said he had never violated or molested a child, and he revealed that he is undergoing a personal crisis “with which I have to deal”.

“I can categorically state I have never violated or molested a child placed in my trust, either in a private or priestly capacity,” he said. “I repeat my readiness to cooperate with Church and State authorities. I ask for people of goodwill to pray for me in my hour of crisis.”

A spokesperson for the Down and Connor Diocese said that Fr Kennedy’s decision to stop working at St Peter’s did not relate to the Schola Cantorum Choir or any member of the Schola.

“In mid-July the Diocese of Down and Connor received information citing a priest of the diocese, Dr Hugh Kennedy, administrator of St Peter’s Cathedral.

“This information was forwarded promptly to the relevant statutory authorities, the police and Social Services, who are seeking to clarify its content.

“Fr Hugh Kennedy, who has been on sick leave since early July and before this information was made known to the diocese, has agreed to step aside from his duties while the information is being clarified.”