SPECSAVERS VIDEO: What your eyes can reveal about your health 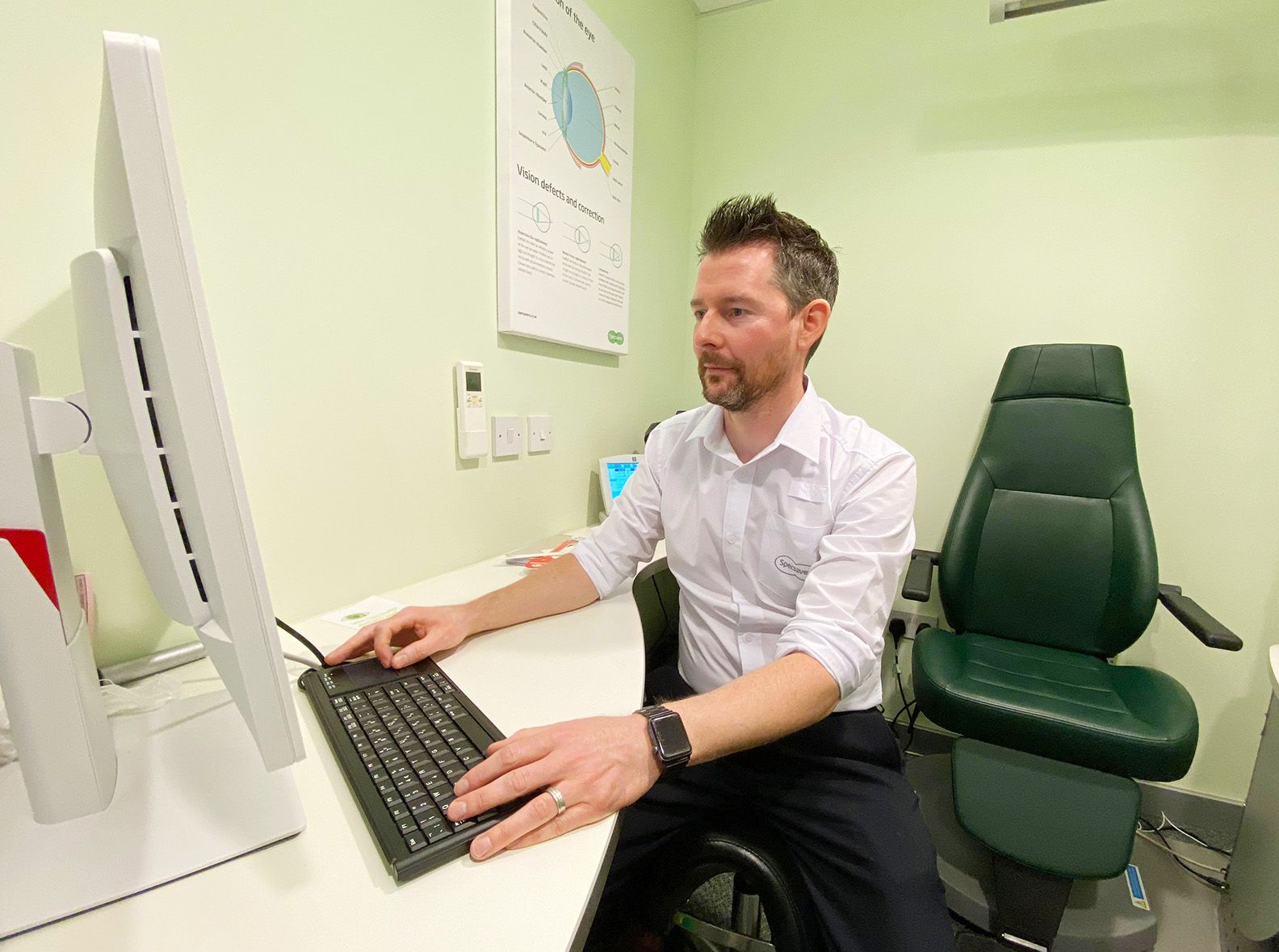 Specsavers Park Centre Ophthalmic Director Matthew McKenny says: ‘Fifty percent of sight loss is avoidable with early detection, however during the pandemic many people may not have had access to these diagnostic tests. Not only does this mean their eyesight is at risk but potentially other aspects of their health too.

"That’s because while there are several changes we may notice in our vision which could be a sign of a wider health condition, there are also some things that can only be detected during an eye test," he said.

"It is important to make an appointment with your optometrist if you are seeing certain things, such as persistent floaters, or notice changes with your eyes such as blurred vision or yellowing of the eyes. However, it is also important to keep up your regular eye checks – even if you don’t think there is anything wrong with your vision – because something could be happening which you are completely unaware of.’

Specsavers has shared five changes you may notice in your eyes and what they mean, as well as conditions that can be detected during an eye test:

Five signs to look out for:

"Red spots on the front of your eyes can often be caused by broken blood vessels from something as simple as a cough or a sneeze," says Matthew McKenny. "While in most cases they are nothing to worry about, if your eyes remain red for some time it is important to get them looked at as it could be an indication of high blood pressure.

"High blood pressure can mean you have a higher risk of a heart attack or stroke and it can also lead to complications with your vision."

Mr McKenny says: "Floaters are spots in your vision and usually look like black or grey specs or cobwebs that drift about when you move your eyes. Most people will experience floaters in their vision at some point in their life – particularly as we reach older age as the jelly-like substance in our eyes becomes more liquid.

"If you notice more eye floaters than usual, a sudden onset of new ones, flashes of light in the eye or darkness on any side of your vision, you must get it looked at immediately as it could signify a tear in your retina or injury in the back of your eye. In some cases, it can also be a symptom of diabetic retinopathy or high cholesterol."

"Some people may notice a blue-tinted ring appear around their iris, particularly as they age," says Matthew McKenny. "This is caused by cholesterol deposits in the eye. They are more common in those aged 60 and above and aren’t usually something to worry about. However, if these develop in the under 40s, there may be a greater risk of developing heart disease."

"Typically, yellowing of the eyes is caused by jaundice," says Matthew McKenny. "The condition occurs when haemoglobin (part of the blood which carries oxygen) breaks down into bilirubin, which isn’t then cleared from the body. It is meant to move from the liver to the bile ducts, but if this doesn’t happen yellowing of the skin – and the eyes – can occur and could signify there is a problem with the liver, gallbladder or pancreas."

"Blurred vision can be caused by many things and it is vital you get it checked out. Diabetes raises the risk of experiencing diabetic retinopathy where high blood sugar levels damage tiny blood vessels in the eye that sense light which can result in blurry vision.

Five concerns your optometrist can spot:

"Glaucoma is often symptomless as it develops so gradually. That’s why it is often referred to as the silent thief of sight," says Matthew McKenny. "It is one of the leading causes of blindness, however, if it is identified in its early stages it can be successfully managed. Regular eye examinations are key to detecting it – and are so important to those at greater risk of the condition due to their older age or family history.
At Specsavers we use advanced diagnostic equipment called OCT (Optical Coherence Tomography) to examine the eye in more detail and are able to pick up any damage to the optic nerve which is typical of glaucoma."

"In its early stages diabetic retinopathy usually doesn’t pose any noticeable symptoms, so an eye test can pick it up before you do," Mr McKenny says. "As the condition affects small blood vessels in the eye, damaging the retina, your optometrist can look for early characteristic changes, such as tiny leaks from these damaged vessels."

"While an eye test can look for any cancers of the eye such as melanomas, it will sometimes reveal signs of possible brain tumours," Mr McKenny says. "Swelling in the optic nerves can be visible during an eye test and can sometimes indicate that a brain tumour is present."

For more information or to request an appointment visit their website or phone 028 90 268 680.