When the tide goes out 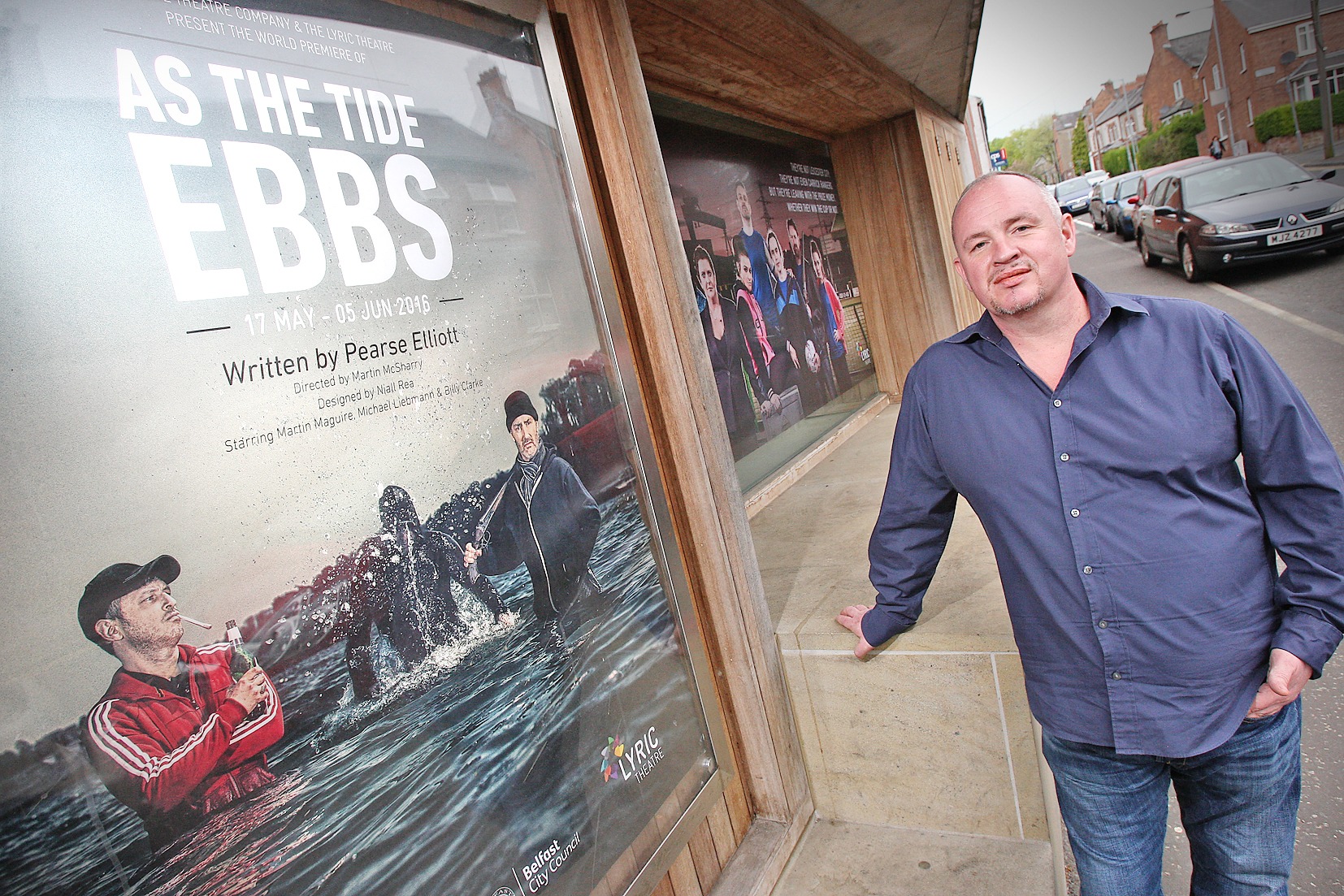 Pearse Elliott’s latest play is, as usual, being eagerly anticipated by his many fans

THE prolific pen of West Belfast playwright Pearse Elliott always manages to combine comedy with pathos.
His latest work As The Tide Ebbs, currently running at the Lyric Theatre, tells the story of two middle-aged men who frequent a house which doubles as a late night shebeen. It’s here where stories of lost loves, lost jobs and careers pour forth – along with the beer and spirits in a style Marlon Brandon’s On The Waterfront’s Terry Malloy would be proud of.

“Late one night a stranger knocks on this house and is invited in,” explained Pearse, “as the night passes and the drink flows the real reason for this individual’s visit becomes clear.

“Of course there is a certain darkness to it. If the Holy, Holy Bus was the woman’s play then this is the man’s one. I’m kind’ve fascinated with men of a certain vintage, men whose life maybe hasn’t went the way it was supposed to.

“At the beginning this is almost like a Steptoe and Son situation. These houses have been a ritual for years, they have always existed in every housing estate, the ones you go to for a late night drink. So basically this guy comes into their space and from the off seems to know an awful lot about them.”

Pearse spoke of how the play addresses the issue of men suffering from post traumatic stress stemming from the Troubles.

“It is a snapshot of how the conflict has impacted on people that could’ve had jobs, careers but for the conflict. People dealing with post traumatic stress tend to feel most comfortable in a certain area; a certain situation with certain people and this is captured in our setting with the characters of Shasu and Fuzzy.
“I think that sometimes when people do plays they kind’ve caricature the conflict but this production treats it very seriously as it is a very real, very live issue,” he said.

Pearse continued: “As The Tide Ebbs is the title and a line from the play. The metaphor is basically how when the tide leaves, it leaves the debris and flotsam that was originally hidden behind.

“The ceasefire is now coming up to 22-years-old. There is a generation of kids here that have no idea what living through the Troubles was like and if this play says anything it points to the damage done to people who lived and continue to live through it everyday.

“At the end of the day I’m only a dramatist, this is how I do it. The men who go to this house do so because they can’t sleep, the only way they can is through drink, it’s their coping mechanism.”

Stepping out from the dress rehearsal on Tuesday Pearse said the set design is “brilliant” and how the audience will be “right in the action” in the intimacy of the Naughton Studio.

“Over the last ten to 15 years I’ve met so many people that are subconsciously traumatised by the Troubles, I mean they might not be even aware but there is no other reason why they would speak about certain things the way they do. I think the best way to get that message across is through drama.”

As The Tide Ebbs runs at the Lyric Theatre until June 5. For ticket information visit www.lyrictheatre.co.uk or telephone 02890 381081.