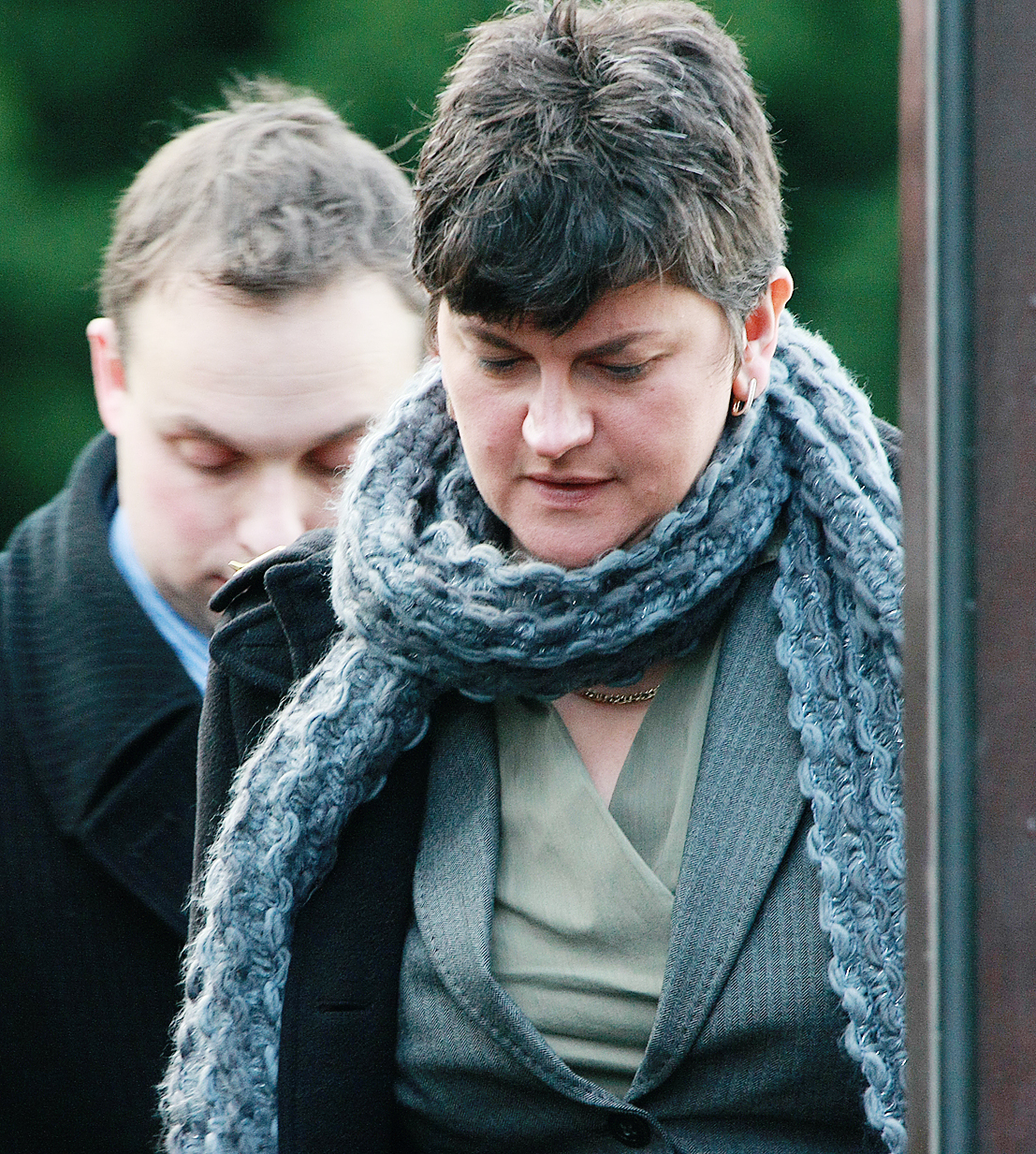 ARLENE Foster. First woman First Minister. Youngest First Minister. It was a good stab at trying to make us feel like something new had happened in Stormont. It left a lot of us feeling a bit cold, though. Wheeling the trolley around Sainsbury’s recently and bumping into all kinds of different people involved in sport, politics, cultural life – not one person mentioned it to me. Not one.

As a person interested in the promotion of women I probably should feel more than ‘Meh’ in response. But I don’t.

You see, Arlene may well have a few years on her predecessors David, Big Ian and Peter. And she is most definitely a different gender. But she is more of the same.

Her first statement on being ordained was that she wants “to make Northern Ireland great again”. It is singularly depressing that we are still forced to have to point out that 1. The ‘state’ of ‘Northern Ireland’ is contested. 2. The entity she refers to was never great. It was sectarian and brutal. And 3. She is meant to promote an inclusive approach to politics.

But we were being told by some that a glorious day for women in the six counties has dawned. If Arlene can do it any woman can do it. Except that that isn’t true. Arlene is part of unionist privilege; the unionist vision is of an economy that compounds economic and social inequality.

Women suffer most from austerity measures. Women are discriminated against by austerity. Women are more likely to be in low-waged, part-time jobs with insecure contracts. They are therefore more likely to rely on social benefits to keep a home for themselves and their children. So any attack on benefits, access to benefits and security of benefits has a disproportionately negative effect on women.

Women are more likely to require health care for themselves and their children and to be carers for elderly relatives. So any reduction, or stagnation, of funding to the Health Service or elderly care will disproportionately negatively affect women.

The structures of power operate to promote men and a few privileged token women. Overcoming and addressing that requires a long-term plan which recognises real lives, not middle-class aspirations or a pseudo-feminism which perpetuates existing privilege.

Not once in her economic briefs has Arlene thought about impact of policy on gender equality. Indeed, her zealous promotion of austerity demonstrated her lack of any gender awareness at all. A simple question for any policy maker making serious decisions in an economy is to ask, who will be affected by it? Men and women, Protestants and Catholics, young and old, able-bodied and people with disabilities. Oh wait, that was meant to happen after the Good Friday Agreement. But Arlene is an opponent of that Agreement and its associated equality legislation.

The truth is that First Minister Arlene Foster is very much more of the same and this is one time gender will not matter one iota.