ELLY ODHIAMBO: Why Ireland remains the mother of compassion 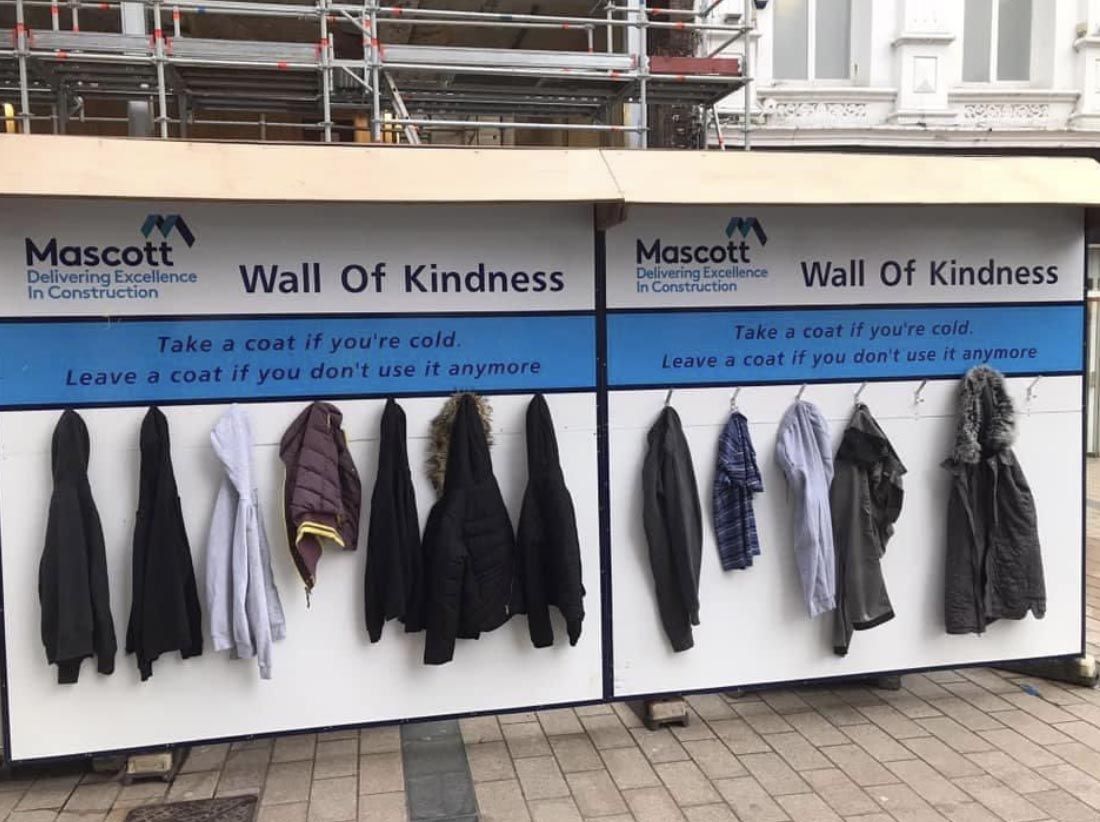 GIVING: The Wall of Kindness allows you to donate warm garments for the needy in the winter

THE fact that a new plan has been drawn up to start two new schools that will especially accommodate refugee children currently living in Belfast hotels is very good news.

I will tell you why. These families have been stuck for the past two years, not being able to access education for their children because of immigration clauses and other official, thick red tape that comes with government directives.

Yes it is a social and legal imperative to obey the rules of a host country. But the hosting country has a UN-ratified responsibility to protect the rights to have education. We all know that education is a basic fundamental human right for anybody, young or old. That has not changed in our world the last time i checked. So kudos to the Education Authority for intending to set up two important temporary schools that will provide learning to over 60 refugee and asylum-seeker children who are homeless and living in hotels in the city of Belfast.

Just imagine:  just one of 75 children living in these emergency conditions in hotels is going to school. The word is that these seven hotels that have taken in the refugees are giving these guests a very hospitable stay and that is more than welcome.

It was only last week when I wrote here about the welcoming nature of the lrish, a place in the world that I  still believe is the mother of all compassion. I have read comments that aim at demonising the refugees, that claim they are being given luxury celebrity lifestyles that they have never seen before wherever they came from. Rubbish!

A refugee can be from an affluent or poor background. The Irish exported thousands of people out of this island for one reason or another, some were wealthy, most were poor peasants.When they reached their final destination across the water in England or America, they started afresh, they were refugees bar the legal semantics. So, the over 2,000 Syrians who have been resettled here in the North since 2016 are a good mix of people with resources of course that will turn around part of the economy and culture for the better in years to come once they are domiciled.

That Wall of Kindness in the heart of retail Belfast is just the beginning. There should be more of this. The construction firm Mascott is leading in its social corporate responsibility efforts to ensure that no-one is freezing cold on the streets of Belfast during this winter because they cannot afford a warm coat. So if a person is witlhout a warm layer, they can pick a free coat from this temporary wall. One can also donate a coat, or as many as they like when they have surplus or feel that they want to help others. Mascott also encouraged donors to leave any other usable garments that will provide some warmth during the winter: hats, scarfs, gloves and so on.

A fantastic idea at Corn Market in Belfast city centre.

Elly Omondi Odhiambo is a writer based in Belfast ellyomondi@gmail.com