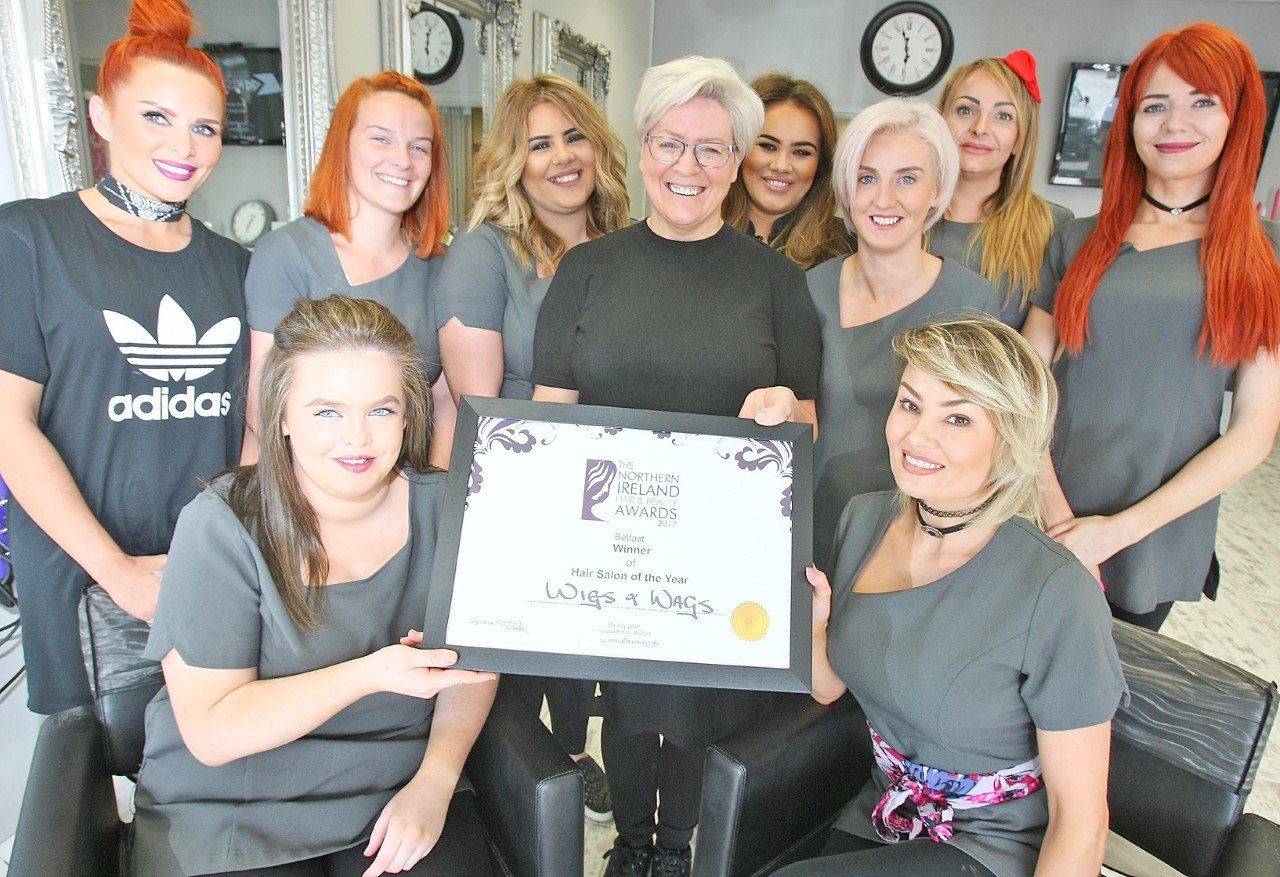 WELL DONE: Ann Bradley with the staff at Wigs & Wags with their Hair Salon of the Year award

A LOCAL hairdressers has been crowned Best Hair Salon in the north, a year on from winning a similar award for West Belfast.

Wigs & Wags, based in the Upper Springfield, has been in business for six years. The salon won ‘Best Hair Salon 2016’ in the first ever Best of The West Awards.

“Last year we won Best Hair Salon in the Best of The West Awards run by Belfast Media Group. Winning this award gave us the confidence to nominate the salon in the Northern Ireland Hair & Beauty Awards 2017,” said owner Ann Bradley.

“Much to our amazement the nominations went through the roof when we were informed at the end of June we were shortlisted in four categories of the Belfast region: Hair Salon of the Year, Beauty Salon of The Year, Marketing Campaign of The Year and Customer Service Of The Year.”

The Awards ceremony took place on July 9 at the Crowne Plaza Hotel. The Wigs & Wags team joined the packed hall with well over 700 contenders in the Hair and Beauty industry from all over the North.

“The last two and most prestigious awards of the evening were the Hair Salon Of the Year Belfast region and the overall Hair Salon Of the Year in the North. Wigs & Wags won the Belfast Region and on the back of that we won Best Hair Salon in the North, which is amazing,” gushed Ann. “Standing next to some top name salons on stage and being nominated for two of the most prestigious awards never mind taking them home was just unbelievable. It was great to bring this recognition back to a salon in West Belfast, which we are very proud of.