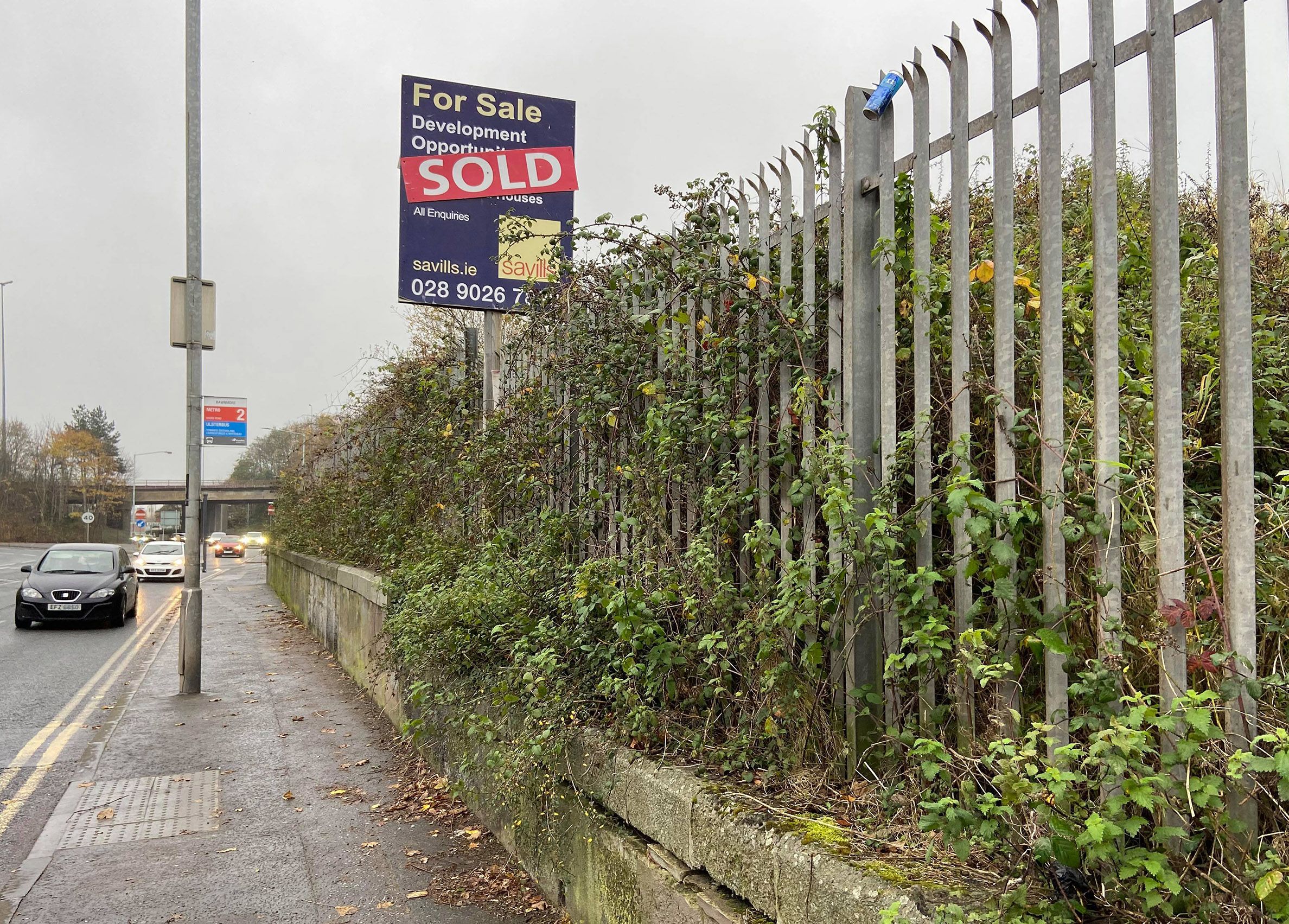 SOCIAL HOUSING: The vacant site on the Shore Road

THIRTY new homes are to be built on a vacant site in the Bawmore area of Newtownabbey following a vital breakthrough.

Development of the much needed social housing has been delayed by problems in reaching agreement on access to waste water system on the Shore Rad site which is owned by Choice Housing.

Following a recent meeting, the development has been added to a pilot engineering scheme, allowing Choice to move forward with planning application.

“I welcome the breakthrough on progressing this 30 unit housing development on the Shore Road this week.

“North Belfast remains amongst the highest areas of housing demand in the north and we are making every effort in partnership with housing providers to address  the problem.

“One blockage to building new homes is the lack of suitable infrastructure including sewage treatment and waste water management which in this case had prevented the development.

“In conjunction with Choice Housing and my Council colleagues  we have successfully had this scheme added to a pilot programme locally which will enable the management of sewage and waste water  to be resolved.

“30 additional housing units in an area of high housing stress is significant but  more remains to be done and the recent announcement of radical housing reform by Communities Minister Caral Ni Chuilin  gives real hope for people in housing need.

“Meanwhile we are committed to work hard on removing blockages to individual housing developments like this so that homes can be delivered now.”