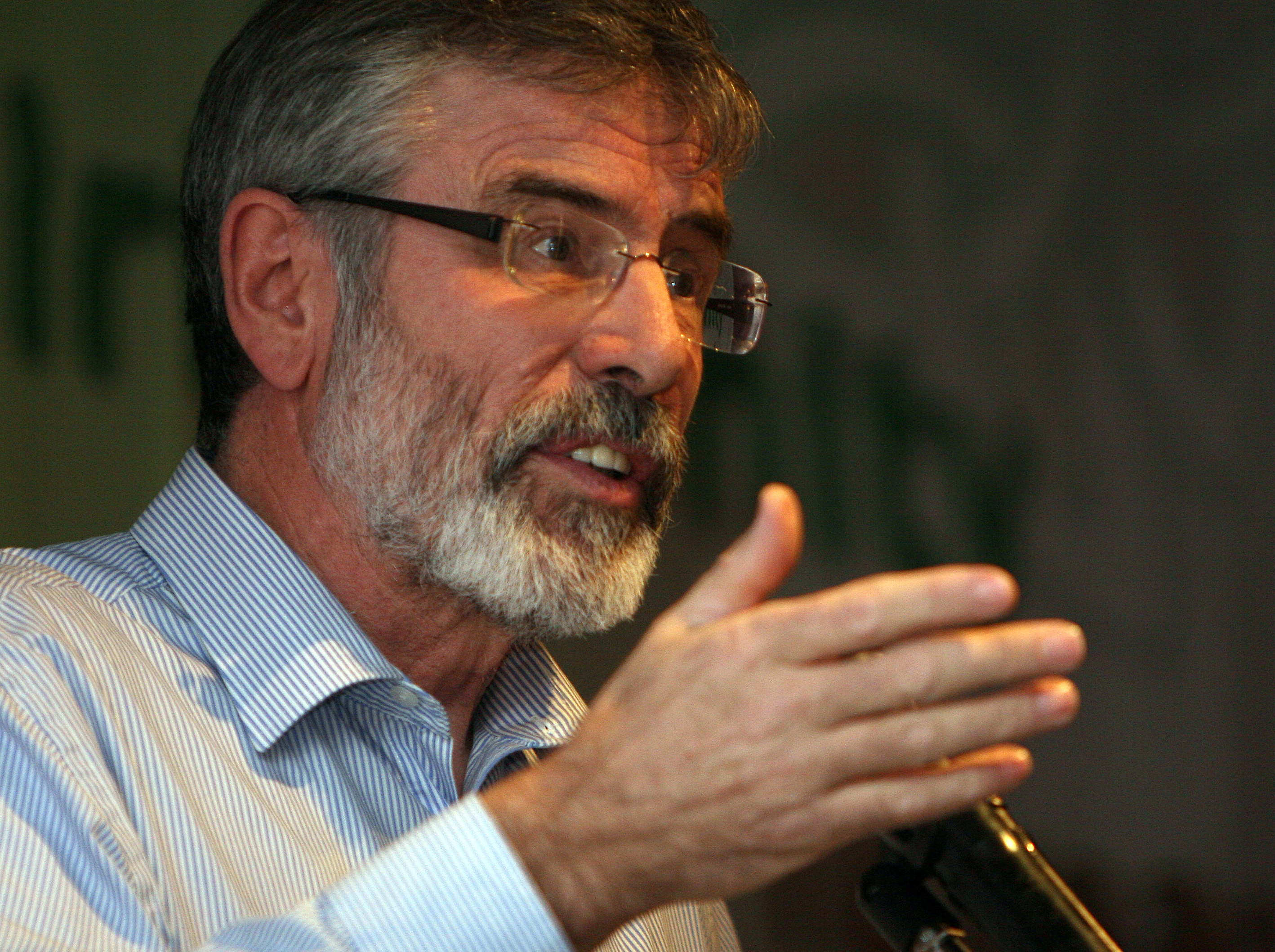 Sinn Féin President Gerry Adams says yesterday’s announcement by the Public Prosecution Service that there’s insufficient evidence to prosecute him over the 1972 abduction and murder of Jean McConville is “long overdue”.

At a press conference at the PPS Belfast office yesterday, Deputy Director of Public Prosecutions Pamela Atchison said the evidence against Mr Adams and six other individuals – including Sinn Féin northern chair Bobby Storey – would not face prosecution because there’s no “reasonable prospect” of conviction.

“There was never any real basis for questioning me in respect of this case,” said Mr Adams. “I played no act or part in Jean McConville’s death. I support the PSNI, but the timing of my arrest shows that there are elements within the PSNI who are against Sinn Féin. But they will not succeed.

“I voluntarily went to the PSNI last year after a concerted series of leaks claiming that I was to be arrested. For some time I have been the target of a sustained and malicious campaign seeking to involve me with the killing of Mrs McConville. These claims have also been seized upon and repeated by my political opponents, including the Taoiseach and the Fianna Fáil leader, to score political points against Sinn Fein and me.

“I want to encourage anyone with information to assist in the return of the bodies of those people killed and secretly buried by the IRA. I have worked with others towards this and I will continue to do so. I want to thank those who have come forward with information.

“I am also very conscious of the huge hurt inflicted on the McConville family. The abduction, killing and secret burial of Jean McConville was wrong. Sinn Féin has agreed with others, through the Stormont House agreement, processes for addressing the legacy of the past. We are committed to implementing them.”

Ms Atchison told reporters: “We have given careful consideration to the evidence currently available in respect of each of the three men and four women reported and have concluded that it is insufficient to provide a reasonable prospect of obtaining a conviction against any of them for a criminal offence.

“We have had a series of meetings with members of the family, most recently this morning, about all of our prosecutorial decisions and we will continue to engage with them as we progress the prosecution of Ivor Bell. We thank them for the positive way that they have engaged with us at each stage of the process.”