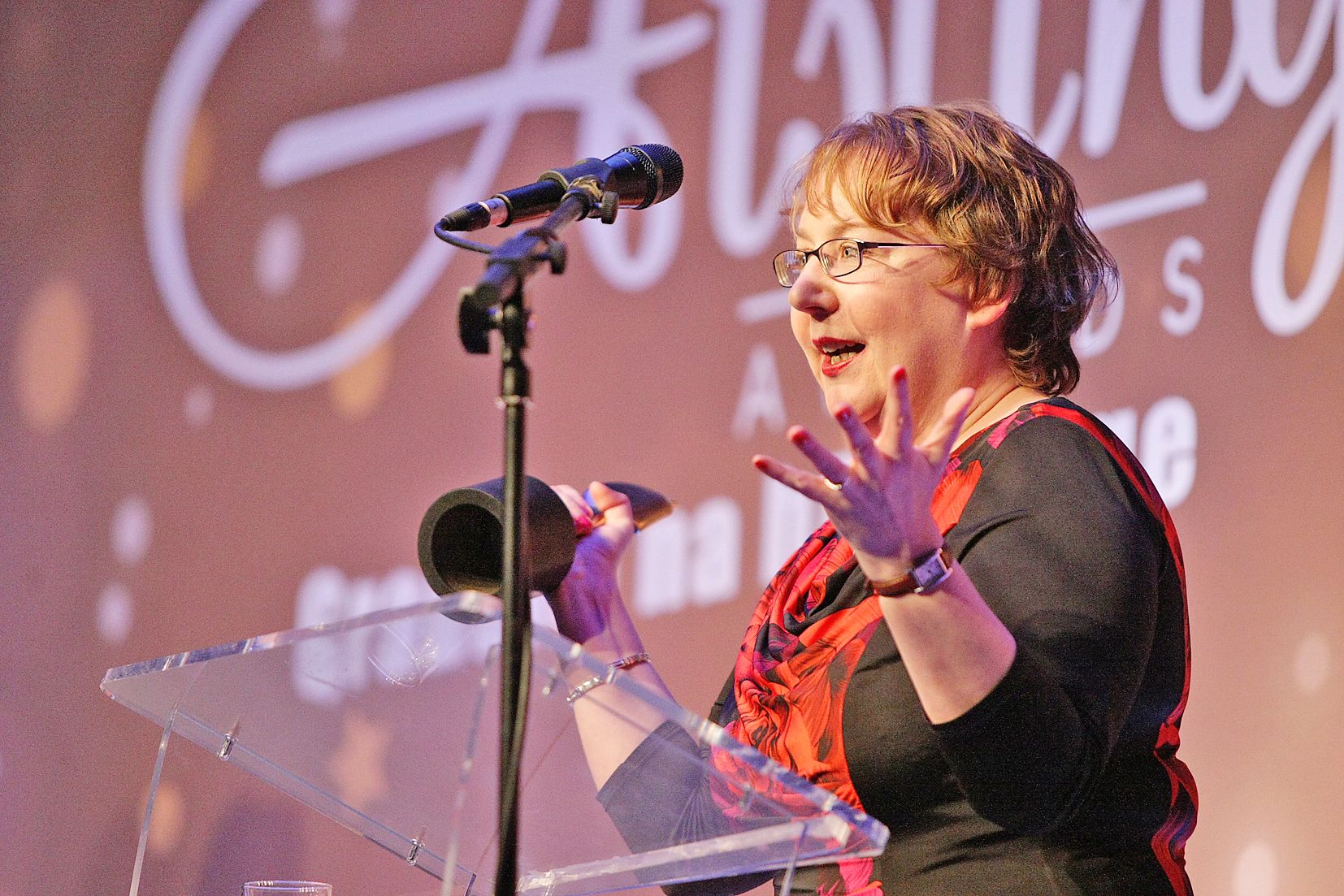 THE North's only Irish language theatre company is facing closure due to cuts from the Arts Council.

Cultúrlann McAdam Ó Fiaich's resident theatre group, Aisling Ghéar, will battle to overturn a decision that has seen it denied annual funding upon which it depends to survive.

Founded in 1997, the trailblazing outfit has received annual funding from the Arts Council for over a decade, providing an invaluable artistic outlet for the Irish language community. However, a raft of administrative technicalities and Arts Council stipulations could see the company close for good after losing out on funding.

The news comes just days before the Irish language community is forced to march for long-promised language legislation.

The Arts Council of Northern Ireland has told Aisling Ghéar that they are cutting their financial support - a serious blow to Irish language Arts, but as long as we continue to struggle for equality through Acht na Gaeilge, this threat hangs over all of us. Acht Gaeilge Anois! pic.twitter.com/MJvggXsPIk

"The central point here is that we are the most damning example of what happens when there is not statutory protection for a minority language community," she said.

"A state body can simply cut that community's access to theatre, the arts, culture and educational advantages – all through one company which has continued to survive and produce on ever-dwindling supplies of money."

The closure of Aisling Ghéar could see Gaelgeoirí lose out on the opportunity to experience the theatre in their own language.

"I have taught drama in Coláiste Feirste, I've produced radio plays with volunteer broadcasters in Raidió Fáilte, we have performed bilingual sketches in Turas with Linda Ervine's classes. We have produced work about people like Robert McAdam to bring to the Protestant community and we have produced work about Alice Milligan, again, to bring stories of members of the Protestant community who are supportive of the Irish language and of Irish culture. We play multifarious roles – not to mention the fact that we produce the pantomime which all the Gaelscoileanna attend – that will now not be available for those children."

An Arts Council spokesperson said: "It is not appropriate for the Arts Council to discuss an applicant organisation in a public setting.

"We have been in touch with Aisling Ghéar and have given them detailed feedback on their Annual Funding Application, and advice on other grant programmes which they can apply to."