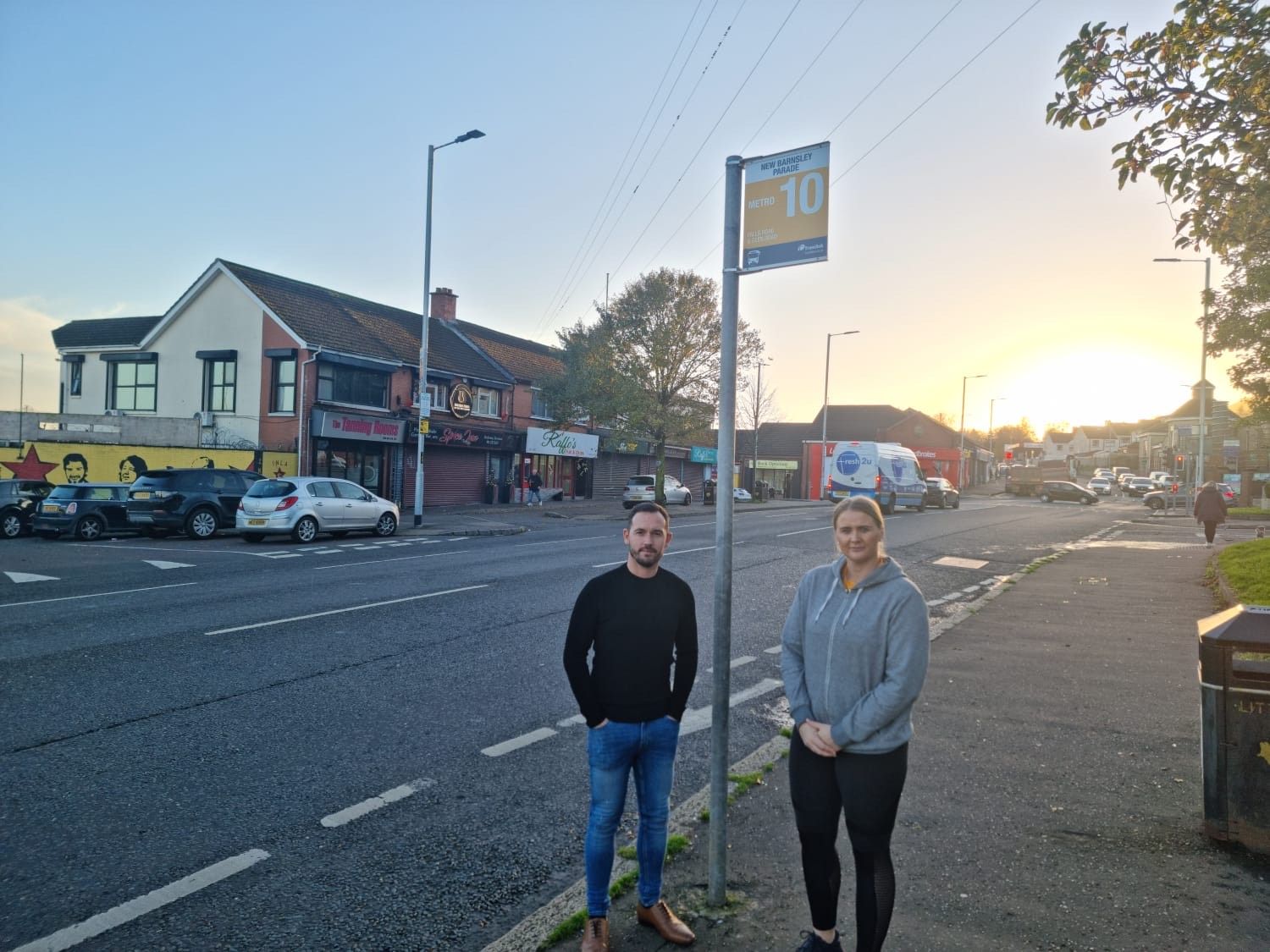 MEETING: Cllr Michael Donnelly and Aisling Reilly MLA met with Translink to address a number of issues regarding the bus service on the Springfield Road

SINN Féin are hopeful of an improved Springfield Road bus service after meeting with Translink.

Speaking after the meeting, Aisling Reilly MLA said that herself, Cllr Michael Donnelly and Cllr Stevie Corr, have been contacted by constituents around a range of issues relating to the 10k and 10J bus services.

The concerns raised include the lack of services at busy periods, the unreliable schedule of the service with buses either turning up late or not at all, the lack of bus shelters and the complete absence of a Sunday service.

“Last week Micheal and I met with Translink again to discuss these issues," she said.

"We raised the frustrations of our constituents, including the 10k and 10J route not having the capacity to service the area during peak times and often having to leave people behind."

Ms Reilly said that she is pleased that Translink have committed to put double decker buses on both routes throughout the day and she hopes that people will now begin to see an improvement in the service.

“Residents are aware that there are a lack of bus shelters in the upper Springfield area. After we raised this with Translink, I am pleased that they have agreed to look into this and come back to us with options to resolve this," she continued.

“There is also no Sunday service currently operating in the area and Sinn Féin have asked that Translink explore a trial Sunday service to go down the main Whiterock Road, which they have agreed to look at. Once we receive further information on this we will let people know."