COUNCIL REPORT: Michael to take over as Mayor after Kate Nicholl's Assembly victory 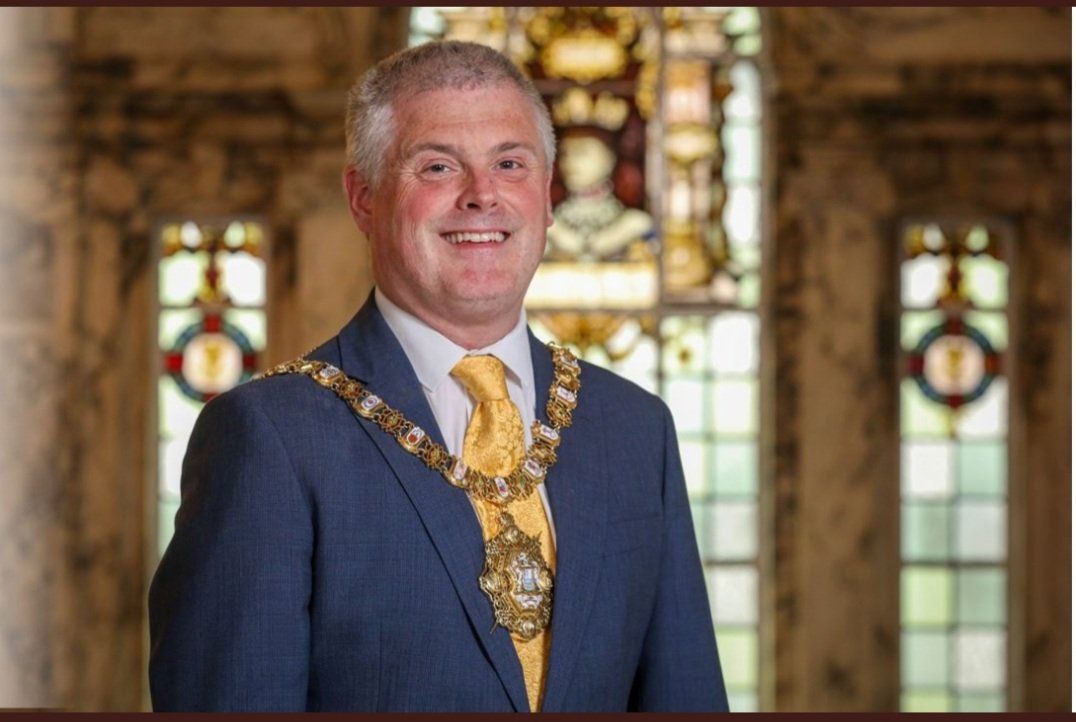 The Canada native takes over from party colleague Kate Nicholl who was elected as an MLA for South Belfast at the weekend.

It was a bitter-sweet night for Mr Long, who first received sympathies from across the chamber following the recent passing of his father.

Alliance's Michael Long was then officially installed as the new Lord Mayor. He said he was "delighted but shocked" to be in the position, even for a short tenure with Sinn Féin to nominate a new Lord Mayor in the AGM next month.

Alliance MLA Kate Nicholl was then welcomed back into the chamber to reflect on her time as Lord Mayor and thanked everyone for what she described as a "privilege of a life-time".

Ms Nicholl received widespread thanks for her role as Lord Mayor in engaging with all parts of the city and she received many good luck messages for her election as an MLA to the "big hill".

On to last month's Committee meeting minutes and UUP councillor Carole Howard raised concerns that Council had turned down hosting a lunch event for the visit of US Secretary of Labour Marty Walsh.

His visit, which has been postponed to September will include an address to Council and a meeting with the leaders of political parties but the attendance of up to ten people at a lunch event at a cost of approximately £3,000 was turned down by members of the Strategic Policy and Resources Committee.

Councillor Howard said she was "surprised" by the decision and said it was "not a good look for the Council" if they could not support a welcome event.

Chief Executive John Walsh agreed to bring the matter back for consideration at a later date.

SDLP councillor Donal Lyons also welcomed the Committee's decision not to apply the increases in the basic and special responsibility allowances. He urged Council to write to the Department for Communities calling for the current legislation to be amended to provide for the establishment of an independent process to deal with the scheme of allowances, thereby removing Elected Member involvement by voting on their own pay.

Another issue raised in the Strategic Policy and Resources Committee was the use of Council parks, namely Ormeau Park for the upcoming Belsonic concerts this summer.

Alliance councillor Ross Mulholland welcomed Belsonic in bringing people back together following the Covid-19 lockdown restrictions but said he wanted Council to adapt a more inclusive events policy in place, especially around accessibility.

UUP councillor John Kyle said Belsonic was "hugely disruptive" to the residents of the lower Ravenhill Road. He said young people use gardens as toilets, abuse residents and leave a mess of litter behind them.

Alliance councillor Sian Mulholland agreed that there needs to be better communication between the local community and music promoters. She called on a safety plan to be put in place, especially to protect young women.

SDLP councillor Donal Lyons said outdoor music events were very positive for the city but he said he was glad to have the conversation around Council and their policy towards letting promoters using public spaces. He proposed including social clauses in further agreements with those using Council public parks. UUP Ald Sonia Copeland said her phone is always "red hot" following Belsonic concerts, and told councillors of a resident who was attacked.

SDLP councillor Gary McKeown said Council have a responsibility when letting their parks be used for events.

Chief Executive John Walsh told councillors he was "active" on some of the issues raised and he would bring a report back.

Sinn Féin Councillor Geraldine McAteer welcomed the installation of sandbag containers in three locations across the city, including Stockman's Lane which she said would help tackle "biblical" amounts of rain.

The meeting concluded after a short one hour and 20 minutes with SDLP councillor Séamas de Faoite urging Stormont to get back up and running as soon as possible, with many groups and organisation awaiting European Fund money, for which Stormont is responsible.