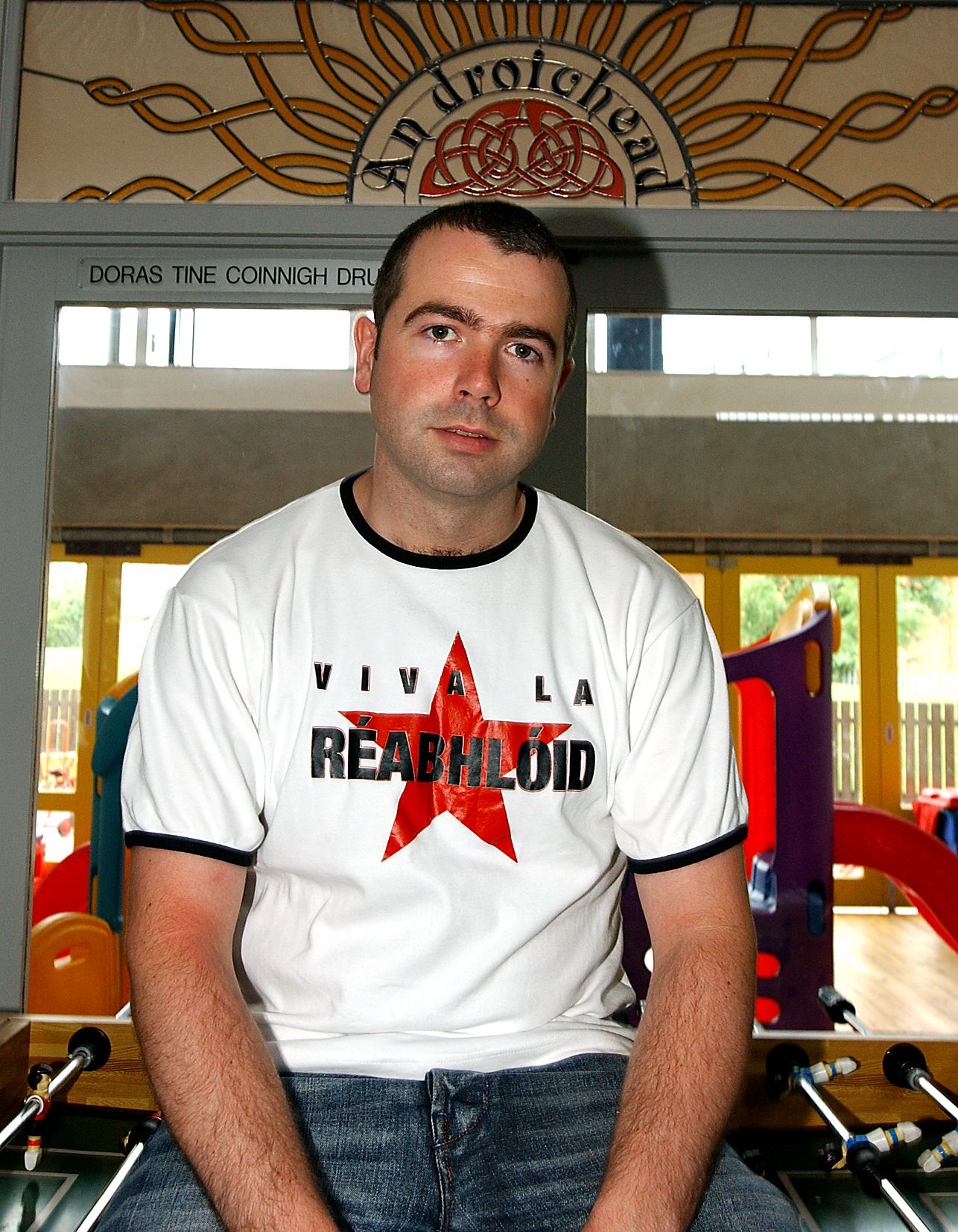 MILESTONE: A fresh-faced Pól Deeds pictured at the 2005 launch of An Droichead's Youth Club

Irish language community organisation An Droichead will kickstart its 30th anniversary celebrations with a family fun day this Sunday.

Founded in 1992, the South Belfast-based outfit was formed to support and grow the Irish language community in the Ormeau, Market and Short Strand areas.

A Family Day and Birthday Party will take place on June 26 as the first of its celebratory events to commemorate the 30-year anniversary.

Speaking ahead of the event, An Droichead CEO Pól Deeds hailed the organisation's founders and spoke of the "transformative impact" the group has had on the community.

"It's a privilege to work with people and a community that set this thing up," he said.

"I feel that I am somebody who, along with a lot of other people, has inherited the benefit of the great work that these people did 30 years ago.

"The people who set up An Droichead went and got loans to buy the land, to buy buildings - that's the kind of entrepreneurial spirit and risk-taking spirit that you had amongst the individuals involved. They were all parents and they just set out to set up an Irish language primary school and nursery and cultural centre for their children.

"They were activists who wanted to provide quality Irish medium services to their children and they went all out to do that, they literally risked their homes to do that.

Looking forward to Sunday's celebrations, Pól continued: "We want to celebrate and mark every milestone because we're always trying to attract new people to the Irish language.

"Secondly, it's not that easy to keep these things going, there's a lot of projects that have tried over the years and failed, so when one of our projects is successful we need to celebrate that as a community, remind people we're here and encourage people within the Irish-speaking community to keep going.

"We thought the most appropriate way to mark An Droichead's 30 years and the success of the project would be to go back to our roots and have a day just celebrating the families of the Irish language community and bringing them together for a bit of craic."

The family fun day runs from 12pm to 3pm on Sunday at Lárionad an Droichead, 20 Cooke Street.