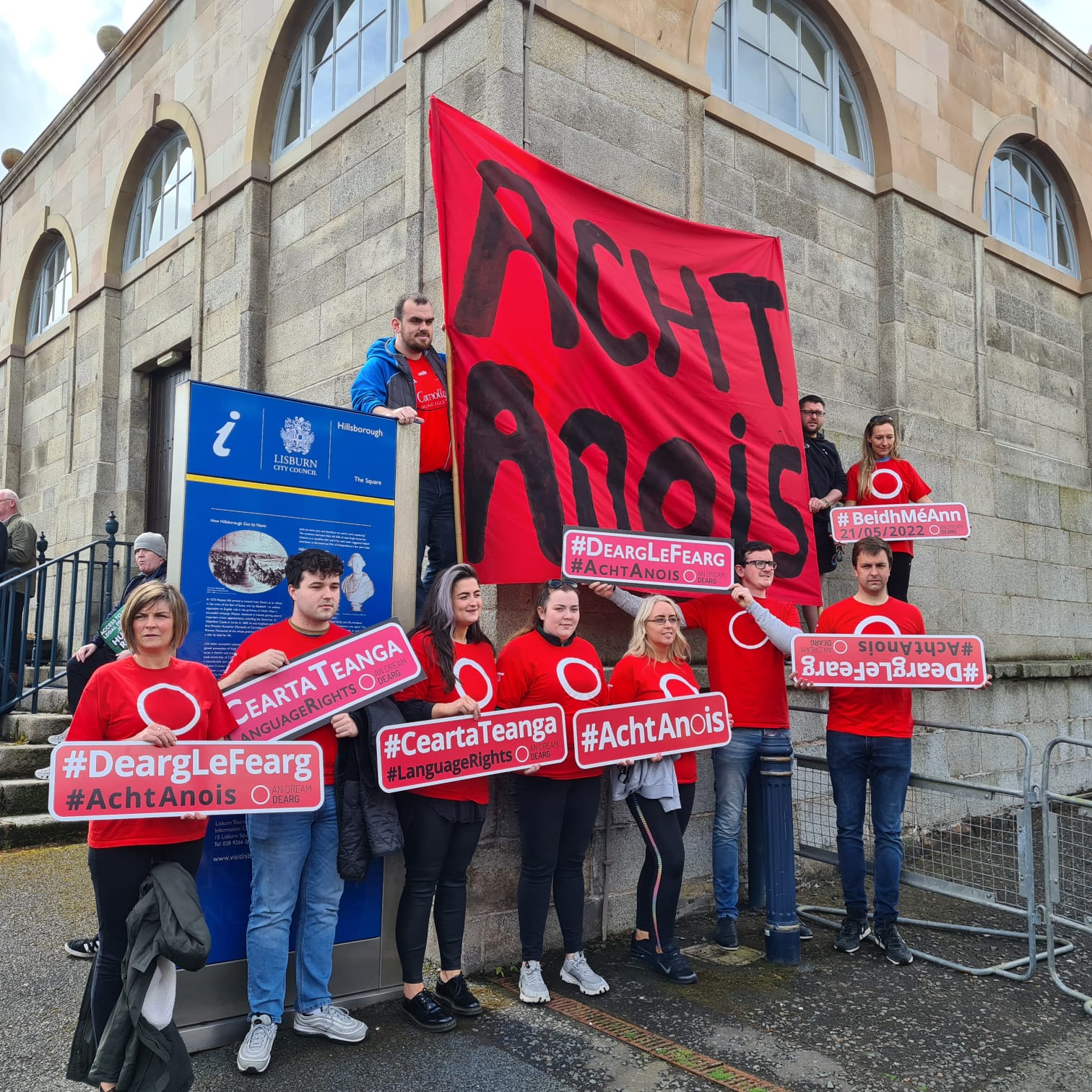 ACHT ANOIS: The Irish language community will march for its rights this Saturday

THOUSANDS of people are set to march on City Hall today to call for the implementation of Irish language legislation.

Communities from across Ireland will converge at An Chultúrlann on Saturday for An Lá Dearg (The Red Day) march, which will hear calls for the British government to act on unfulfilled commitments to the language. Organised by An Dream Dearg, the march will depart for Belfast City Hall at 1pm.

In January this year, the NIO set out a new March deadline for its introduction. However, the British Government cited the political instability surrounding the Assembly Election in refusing to deliver on its promise.

Adh mór to everyone going to Belfast today for An Lá Dearg!
#AchtAnois ❤ pic.twitter.com/8Z88pDVZHO

Speaking ahead of Saturday's march, Pádraig Ó Tiarnaigh said protesters would send a "very direct message" to politicians across these islands "that Irish speakers can no longer be treated as second class citizens."

"We're no longer willing to be pushed to the margins of society and we're very sincere that our rights need to be recognised and enshrined in law," he said.

"The debate on whether there should be an Irish language act has passed – we've won that debate. The question now is who is going to bring it in, when it's going to be brought in and, more importantly for us, how is it going to be implemented. If our starting point is that political unionism says no then we've got a big problem on our hands.

"We're very sincere that the British government and Irish government, as co-guarantors of our main peace agreements, have to play their part. That broad alliance of parties that have stood with us to date, which now represent 53 of 90 MLAs in the Assembly, have to make sure that the British Government stand by their commitments, and when the legislation is brought in that the Assembly and the Executive supports the full implementation of that legislation.

"This is London's problem, it's Dublin's problem, and it's Belfast's problem. We all have to pull together to get it sorted."