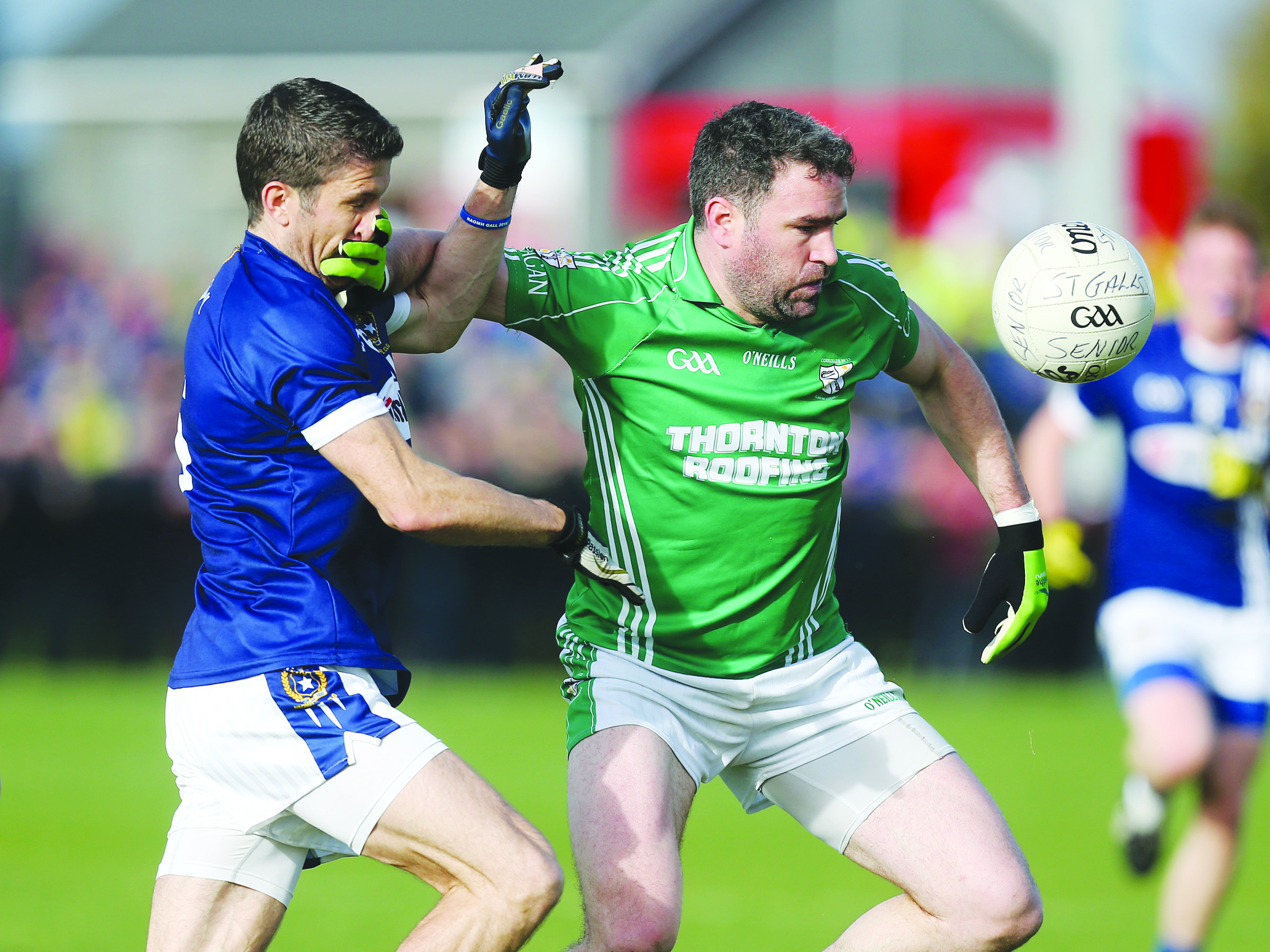 CORRIGAN Park will play host to the latest instalment of the St Gall’s versus Cargin rivalry this Sunday as the sides battle it out for the 2016 Antrim Senior Football Championship.

A bumper crowd will descend on West Belfast’s Whiterock Road for what is likely to be an intense affair.

While the dynamics of other counties in Ulster have changed, St Gall’s and Cargin remain the undisputed big two in Antrim.

No other team has managed to lift the Padraig McNamee Cup since the hosts of Sunday’s county final – St John’s – back in 1998. Arguably, the prize for Sunday’s winner is much greater than the county Championship.

For just the second time in 21 years, the Ulster Club Championship won’t feature Crossmaglen Rangers. The South Armagh side defeated Cargin at the first stage of last year’s Ulster SFC, while St Gall’s won the Ulster and All-Ireland titles in the 2009/10 campaign – the last time Cross didn’t win the Armagh Championship.

With provincial heavyweights Kilcoo and Scotstown going head-to-head this Sunday, there is a real opportunity for the Antrim champions to make an impact in the Ulster Club series this year. That should give Sunday’s Antrim decider an extra edge – not that it needs it.

Cargin denied St Gall’s the opportunity to win a ninth consecutive Championship title when they claimed a 1-14 to 0-9 win in last year’s quarter-final. John Brennan’s side went on to succeed he the Milltown Row side as county champions when they defeated Lámh Dhearg 2-11 to 1-5 in the final.

Michael McCann, scorer of two penalties in the 2015 decider, insists Cargin are just as hungry for success as they were this time last year.

“There is definitely a hunger there. Not too many teams get the chance to defend a county title,” said McCann.

“As they say, it takes a good team to win a Championship but it takes a great team to defend one.

“That what our aspirations are and it just shows the level that St Gall’s were at when they won eight in a row.

“People can say what they like, but to do 13 out of 14 is a serious achievement.”

If St Gall’s are to reclaim their title, defender Sean Kelly knows they must improve on their Championship showings to date.

While they battled past a game Portglenone side to win by four points in their opener, they hit 15 wides in their 1-7 to 0-8 win over Lámh Dhearg last Wednesday night. Kelly scored the game’s only goal and is all too aware that St Gall’s cannot afford another repeat performance this Sunday.

“We are winning but we are not playing well and we know if we squander that many chances and not take the chances when we are on top, then we won’t beat Cargin,” said Kelly.

“They can come out in a burst of 10 minutes and put a goal and five or six points on the board.

“If we are not, we will be in the same place as we were last year – sitting for a few months with nothing to do.”

St Gall’s introduced CJ McGourty in the second half of last week’s game and his return from his travels offer the West Belfast club another attacking option. It remains to be seen if McGourty will feature from the start, while former Antrim midfielder Aodhan Gallagher could also be available after missing the midweek semi-final.

For Cargin, Sunday’s final is likely to come too soon for veteran defender Tony Scullion, who is recovering after a knee operation. However, fellow defender Kevin O’Boyle should be fit to play some part missing the St John’s win with an ankle injury.

How the sides set up will be a fascinating sub-plot to the game.

As ever, the midfield battle will be crucial but so too will the kick-outs. John McNabb is good goalkeeper, but Chris Kerr’s kick-outs against Lámh Dhearg were sublime and St Gall’s could try to bypass Cargin’s imposing midfield pairing of John Carron and Gerard McCann.

Based on their respective semi-final performances, Cargin should be strong favourites.

They were very impressive against St John’s and could have scored another couple of goals if it wasn’t for a couple of fine saves and one shocking miss from Ronan Devlin. That they shipped two soft goals at the end of the contest can’t disguise the fact that they were, by some distance, the better team.

However, the bookies have the Toome side as only marginal favourites. A lesser team than St Gall’s would have lost to Lámh Dhearg in Ahoghill.

Yet, for a team renowned for their forward play, their shooting was well below par. If they hit 15 wides in Corrigan Park on Sunday, there will only be one winner.

Cargin will only truly prove they are the leading team in Antrim when they defeat St Gall’s in a Championship final – something they have failed to do seven times. They are the form team and all the signs point to a Cargin victory, but it would be no big surprise if there was one last sting in the tail of this great St Gall’s team.