Antrim's promotion hopes hang by a thread after nightmare in Wicklow 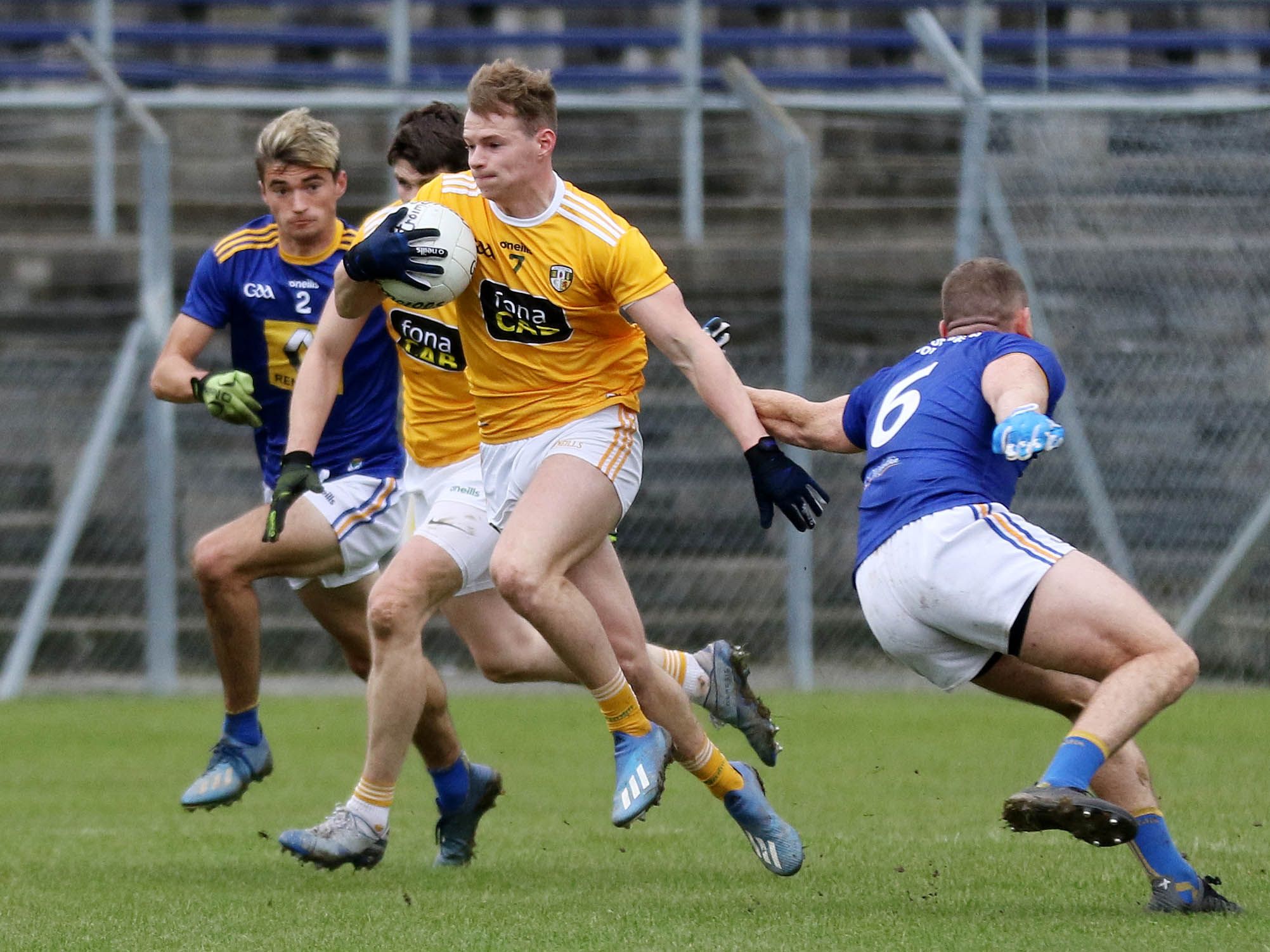 Three goals conceded, two black cards (one for each team) and one solitary point told the tale of a woeful first half performance from Antrim. It was a nightmare for the Saffrons and things didn’t get any better in the second half.

The visitors came into the game with their own fate in their hands following an impressive win over league-leaders Limerick back in March, but they were totally outclassed by a rampant Wicklow outfit.

The Garden County led 3-5 to 0-1 at the break with Seanie Furlong converting a penalty while Padraig O’Toole and Conor Byrne also found the net.

Conor Murray and Paddy McBride went close to scoring goals for Antrim early in the second half, but Wicklow were at a different level and further goals from Furlong, Eoin Darcy and substitutes Pat Burke and Gearóid Murphy sealed an emphatic 25-point win for Davy Burke’s men.

Antrim took the lead on three minutes when Kevin Quinn split the posts following good work from Paddy McBride and Dermot McAleese. It would prove to be their one and only score of the first half and Wicklow levelled when midfielder O’Toole fired over following good build-up play.

The goals then came flooding in for the home side as they took full control of proceedings.

Their first arrived a penalty when referee Johnny Hickey ruled goalkeeper Oisin Kerr had tripped David Devereux and Seanie Furlong drilled the ball past Kerr to give his side a 1-1 to 0-1 lead on 10 minutes.

Only for a series of poor wides, Wicklow would have extended their lead further but their second goal arrived on 25 minutes when an excellent pass from Eoin Darcy put O’Toole through on goal and he slotted the ball past Kerr to move the hosts six ahead.

Just shy of the half hour mark, Wicklow bagged their third when Conor Byrne scored from a rebound after Kevin O’Boyle had blocked his initial shot on goal.

Things went fro bad to worse for the Saffrons when centre-forward Colum Duffin was shown a black card for a third-man tackle while Wicklow centre-back Niall Donnelly was also sin-binned just before the break as Wicklow took a 3-5 to 0-1 lead into the break.

The home side were quickly off the mark in the second half when the impressive Darcy fired over from a tight angle and Antrim’s scoring drought ended when Tomás McCann fired over after a great pass inside from Conor Murray.

Yet, Lenny Harbinson’s side couldn’t find the goals they needed to work their way back into contention as Murray palmed the ball narrowly wide after Paddy McBride had played a ball across the face of goal. McBride then crashed a shot off the crossbar minutes later before Wicklow struck for their fourth goal.

O’Toole and Mark Kenny combined to put Furlong in on goal and the corner-forward finished with aplomb. McBride and substitute Paddy Cunningham landed points at the other end for Antrim, but Wicklow were relentless to the end.

Furlong unselfishly passed to substitute Pat Burke to chipped the ball into the top corner of the net to leave Wicklow 5-9 to 0-6 ahead while Antrim skipper Declan Lynch picked up a black card five minutes from time.