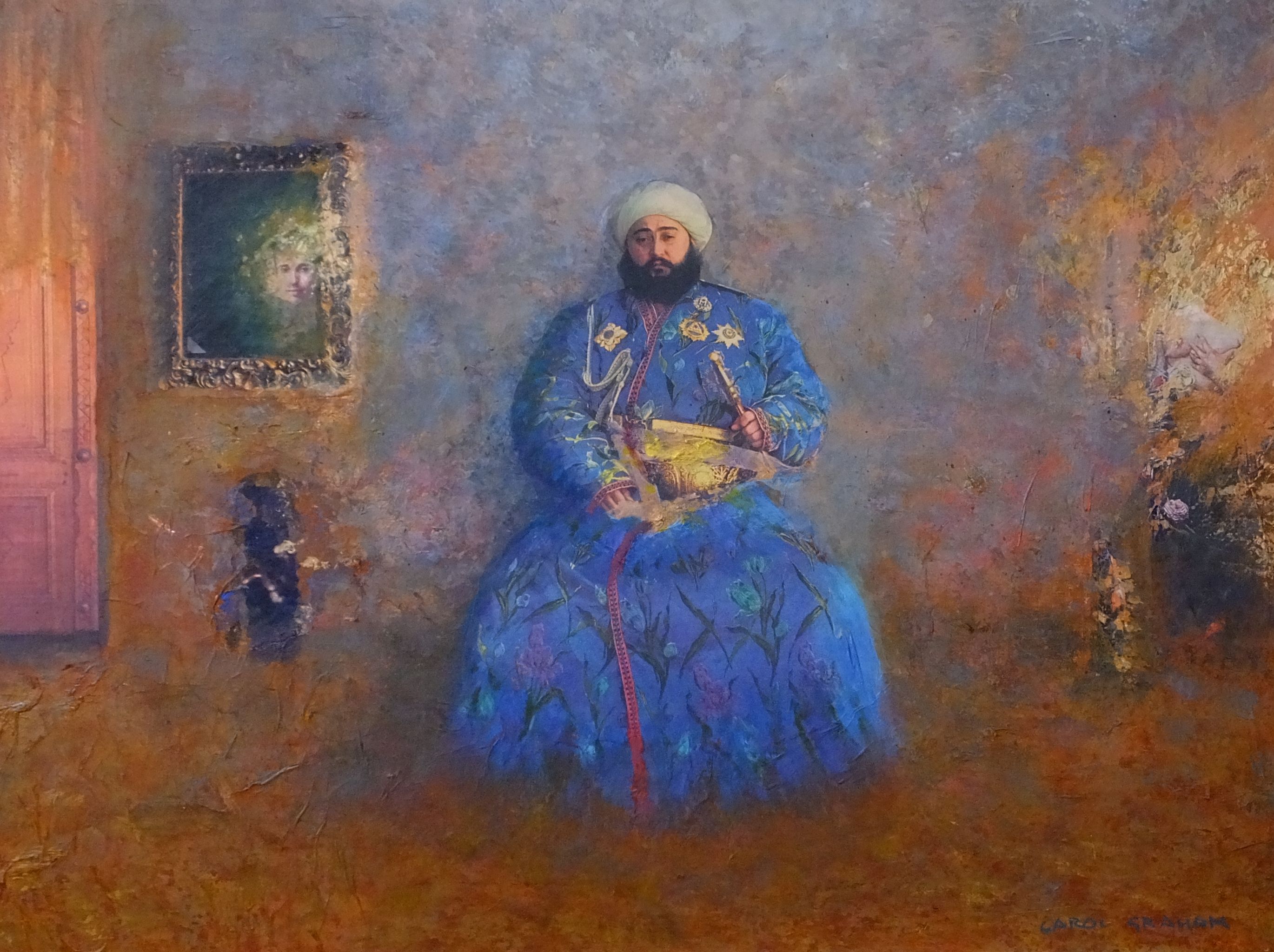 Carol Graham is a well-known painter who initially was famed for her portraits. Her observation and technique around light has had made her much sought after for commissions.

In the great hall at Queens University glows the portrait of Mary McAleese. At an event one day at the NI Assembly I spotted another of her portraits on the wall. I recall an exhibition of hers that was held in The Engine Room gallery in East Belfast when it was at Portview trade centre around 2000.

I had been deeply involved in developing and running cross-border, cross-community development programmes. In I walk to the gallery and I am confronted by enormous, other-worldly paintings of angels and keys and deep spiritual transformation, right in the heart of East Belfast.

Today’s #OnlineArtExchange is celebrating Women’s History Month: our choice is ‘President Mary McAleese’ by Carol Graham from our own Collection. McAleese (a Queen’s alumna) was the 2nd female president of Ireland & the 1st woman in the world to succeed another woman as president pic.twitter.com/QbObPXoXLW

To this day I remember the experience. The exhibition pulled me back into the world of pure art although I did not fully take the leap for many years after.

Carol now has an exhibition opening virtually at the Artisann Gallery. Although some exhibitions do not lend themselves to online showing, I think her show, ‘Creative Undoing’, works well when you know the artists work already. The memory of viewing her work in real life resonates with your visual understanding. The light still glows from her artwork through the screen to the gazer's view.

Explains the gallery: "In the early 1990s Carol experienced a period of depression, which she sought to explore and understand through her work. Her images changed, encompassing new subject matter of Irish mountain landscapes, which developed into cathartic and powerful abstract images: metaphorical explorations of emotional and spiritual experiences."

She has some beautiful pieces in the Ulster Museum Collection and in many collections and public institutions in  USA, UK, Ireland, South Africa and Australia.

"Stemming from her work with art therapy groups, this new development in Carol’s work derives from collages using photocopied fragments that are then ‘filled in’ using acrylic, oil, and other mixed media. Over time, the space between the fragmented photographed assumed a greater importance and became the focal point of these exciting new works."

Those of us who miss the sea will appreciate the lure of paintings like Liminal Deep, Saltwater Icarus or Diving. While the falcon and fire imagery depicted in others might take us somewhere we do not quite understand.

'Creative Undoing' continues online at Artisann and might even be open to the public at the end of April, subject to Covid conditions easing.

The Center Stage theatre company production of the Joe Tomelty McCooey radio plays, recently performed at Portico, are still available free to any care homes. For details email Portico. You can still get a ticket for a tenner to see the recording. In watching the mid-production interview, I found out Joseph and his wife lived in Andersonstown for a while. Perhaps there will be a bit of competition about who should do a festival around him?

GRACE FROM THE LYRIC

The Lyric has teamed up with the Irish Art Center in New York to film a monologue written by Jan Carson as part of their Grásta initiative. The short film is directed by Rhiann Jeffrey, performed by Nicky Harley, and filmed and edited by Ross McClean.

I hope that everyone who has the skills to work on all the sign language arts opportunities can keep their energy levels up for all the work that is coming their way as sign language takes centre-stage at the Lyric. They have committed to have one signed performance of every Lyric Theatre show which is quite an undertaking and would have not been possible without the new funding streams from Communities Minister, Deirdre Hargey. She said: “I am delighted that my Department is supporting the Lyric Theatre’s wonderful initiative to make the arts more accessible to the local Deaf community through their visually expressive and vibrant languages of British and Irish Sign Languages. This initiative will promote the arts to all and I look forward to an evolving relationship between the arts community and the sign language community.” 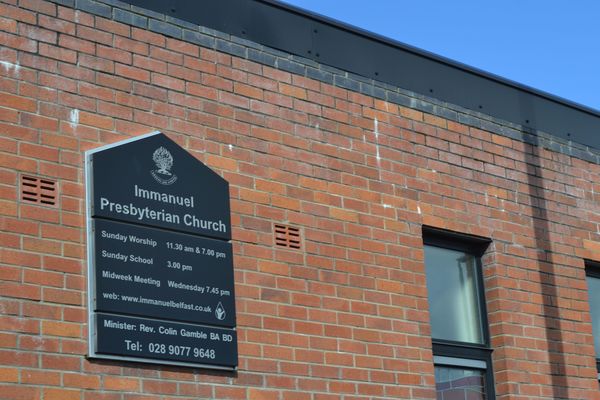 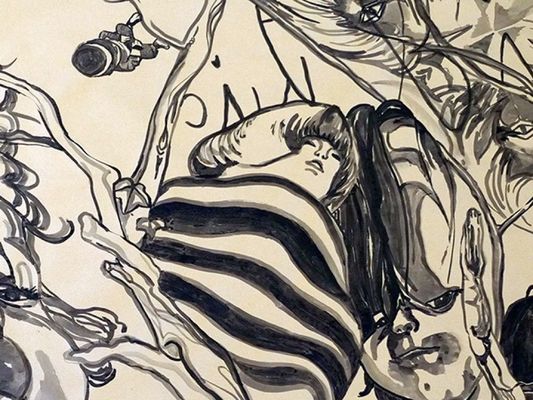 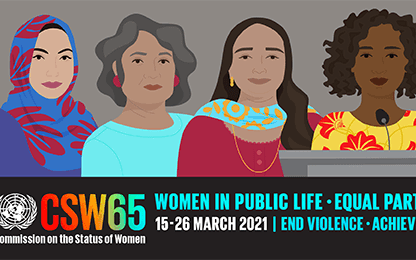