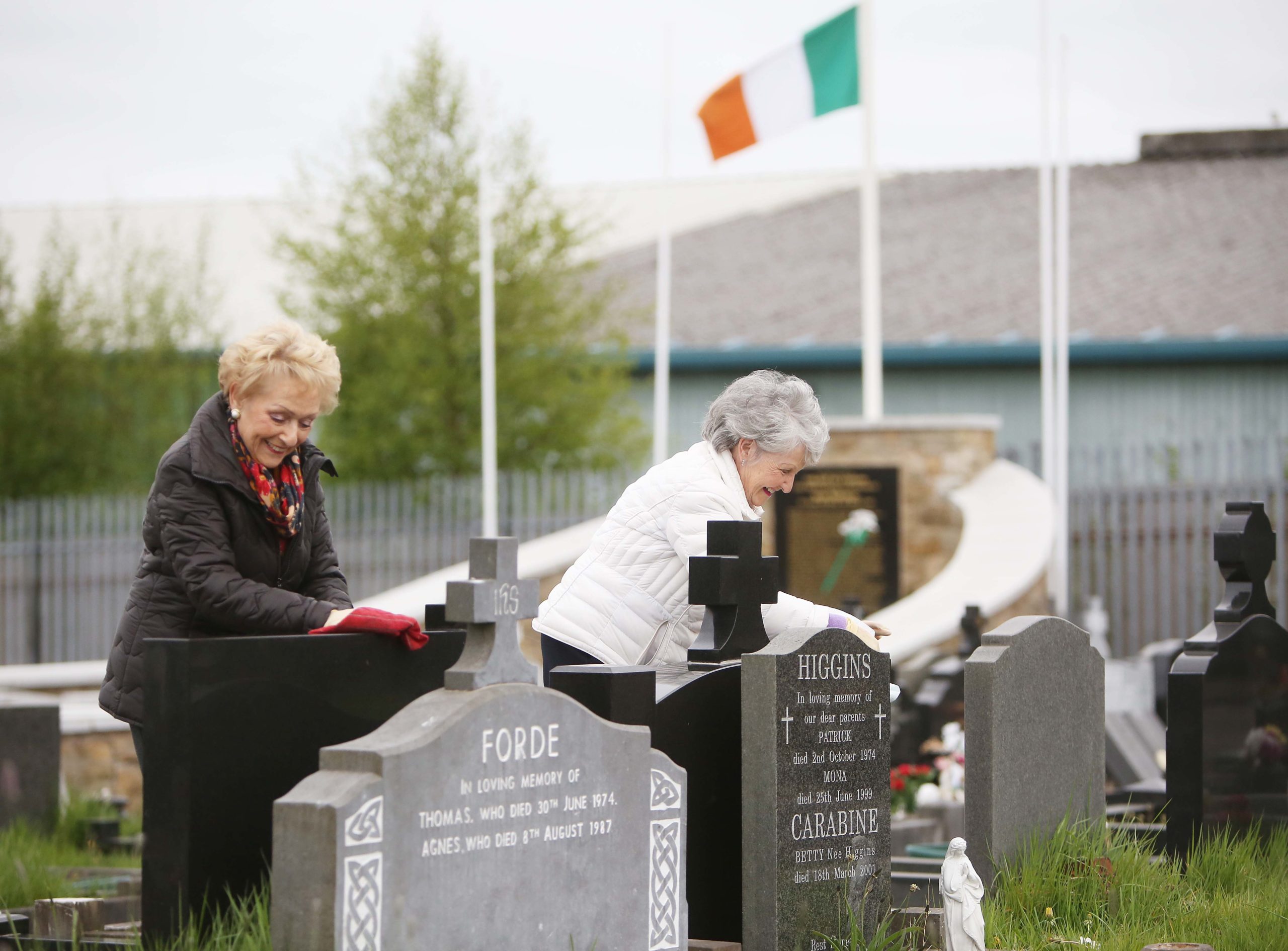 PAYING RESPECTS: Sisters Jo and Alice Quinn who are self-isolating together tidy relatives' graves at Milltown Cemetery on Sunday.

Milltown Cemetery welcomed its first visitors in a month today as the prohibition on visiting cemeteries, introduced by the Stormont Executive, was lifted.

Diocesan authorities said the cemetery would open on Sundays from 10am-5pm and from 2pm-4pm on weekdays and Saturday but that the situation would be kept under review.

Funerals will still be restricted to ten mourners and anyone visiting the cemetery is asked to observe social distancing guidelines. The cemetery office will remain closed.

A decision to re-open cemeteries came after pleas from the bereaved to be allowed to visit the graves of their loved ones. Andersonstown man Seán Smyth had raised the issue in the Andersonstown News and spoke of the pain of being unable to visit the grave of his daughter Eimear who passed away in June 2019 after battling Hodgkin's lymphoma, a type of blood cancer.

There had been tension in the Executive over the reopening of graves with the DUP arguing for the gates to be thrown open again while Sinn Féin, until Thursday last, had been adamantly against any easing of the restrictions. Speaking before the Executive took its decision on Friday to reopen graveyards, Sinn Féin leader Mary Lou McDonald said they had listened to the public and changed their position on closure.

Belfast City Council's City and Roselawn cemeteries opened on Sunday. Said a Council spokesperson: "The reopening of both Roselawn and City Cemetery will be managed on a phased basis, initially opening two evenings per week, Tuesday and Thursday, and on Sundays. This will allow people to visit the sites outside of ‘normal’ business hours, while burials and cremations are taking place, to reduce the risk of large numbers being on site at the same time."

Meanwhile, on Sunday Corpus Christi parish priest Fr Pat McCafferty brought the Blessed Sacrament to families in the Upper Springfield who have been unable to attend church since masses were stopped in line with the coronavirus restrictions. Fr Pat carried a monstrance containing the sacred host in an open-top car on his his journey which brought him through Springhill, Ballymurphy, Whitecliff, Divismore, Sliabh Dubh and New Barnsley. He alighted from the car in each street and carried the host past each house as parishioners stood at their doors or knelt to pray.