Attwood: ‘I’ll take flags down myself’ 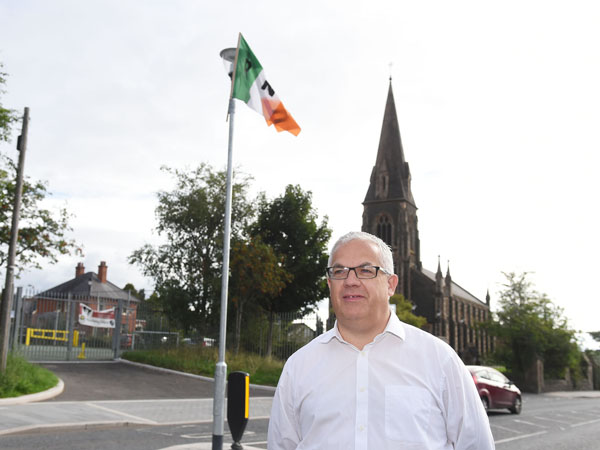 The SDLP’S Tim Attwood says he will “take down” a number of tricolours bearing the the RNU (Republican Network for Unity) logo on the Glen Road close to St Teresa’s Primary School that are still up a week after they were erected.
Councillor Attwood told Daily Belfast that it’s “disappointing” the RNU flags are still flying and that he had been contacted by many residents who are “appalled at the abuse of our national flag and want the flags down immediately.”
“Our national flag should not be abused for political purposes by any organisation,” he said. “The tricolour is a powerful symbol for inclusion and reconciliation on the island of Ireland.
“A third party has informed me that the flags will be taken down after August 9. If they are not I will be taking them down myself, especially before the local primary school reopens for the September term,” he added.