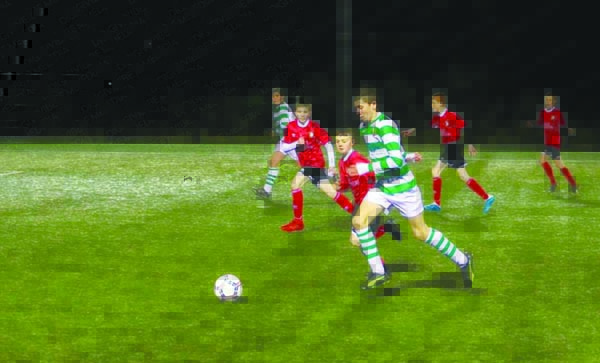 BELFAST Celtic has announced a new partnership with Scottish Premiership champions Celtic in a move which will see the local club benefit from the coaching expertise of one of European football’s most revered clubs.

Earlier this week, Neil Lennon’s men were crowned Scottish champions for the ninth successive season and the link-up is a massive coup for Belfast Celtic, who have joined Celtic’s ever-growing International Club Partnership Programme.

The alliance will see the Celtic Soccer Academy share coaching methodology, curriculum and deliver training camps with coaches and players from Belfast Celtic.

The West Belfast club will also have the opportunity to send coaches to the annual International Coaches Convention held by Celtic to get a behind the scenes insight into the Celtic Academy system and its approach to developing players so that they can fulfil their potential.

Although Belfast Celtic’s Academy is only in its infancy, it has grown steadily since July last year with children from five to 18 benefitting from the Sunday morning sessions.

“Belfast Celtic Academy are delighted to announce that we have entered into partnership with Celtic Soccer Academy,” said McCrudden.

“We will take part in Celtic’s International Partnership Programme which will help develop and support our football development programme.

“This will, in turn, benefit Belfast Celtic Academy players who will participate in a range of joint football activities, including Celtic’s annual three-day Elite Soccer Camp, and a five-day Celtic Summer Camp in Belfast managed by coaches from both clubs.

“Belfast Celtic Academy Coaches will attend the annual four-day Celtic International Coaches Convention held in Glasgow every year, taking in new methodology, engaging with Celtic and other coaches from around the world, this in return will benefit the young football community of West Belfast.”

“Our aim is to help Belfast Celtic continue to develop their football programme and there will be a great deal of activity in the coming months and years.

“We look forward to working with their players and coaches in the near future.”