LIAM MURPHY: Between the steeples and through the years 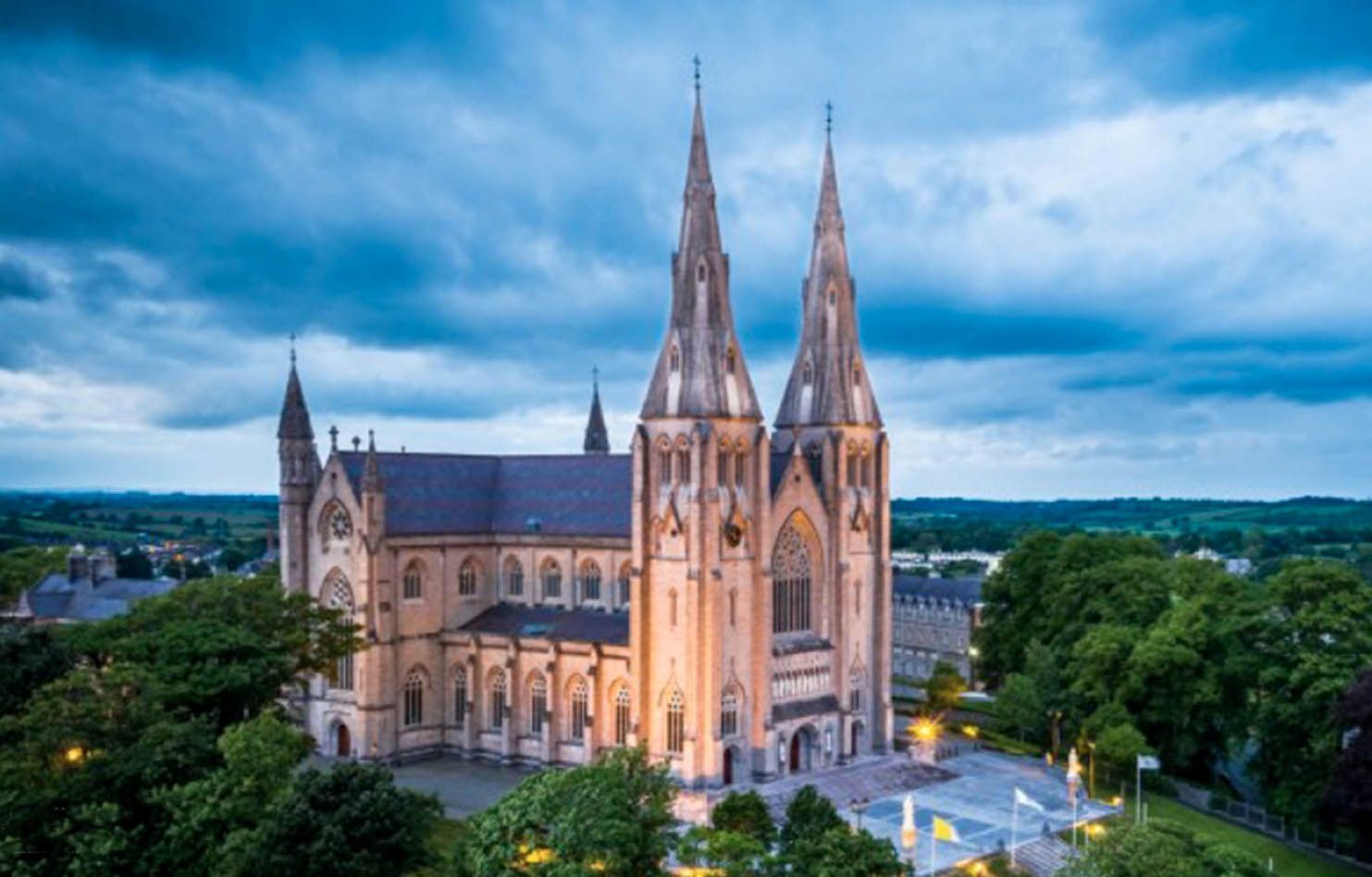 I FOUND myself watching Creedon’s Atlas of Ireland on RTE2 on Thursday evening. John Creedon has an entertaining way of getting his message across. Part of the programme was set in the Buttevant district of Cork, home of the first ever steeplechase. We were given the history of the first such event and a re-enactment.

The steeplechase originated in Ireland in the 18th century as a cross country thoroughbred horse race which went from church steeple to church steeple, hence ‘steeplechase’. The first steeplechase is said to have been the result of a wager in 1752 between Cornelius O’Callaghan and Edmund Blake, racing four miles cross-country from Buttevant Church to St Leger Church in Doneraile, Cork. My mind was drawn to the recent controversy in horse racing when a leading Irish trainer was photographed sitting astride a dead horse which led to his licence being suspended.

I also found myself thinking of steeples or spires on churches.

I grew up five miles from Armagh city where the twin spires of St Patrick’s Cathedral can be seen glinting in the sun and they are easily the most visible construct. In many cities and large towns modern dwellings such as blocks of flats or offices often reach taller in the sky than the steeple or spire of the local church but they are invariably like lattices with each floor being monotonously a replica of the one below it and little gilding or ornamentation or stonework to attract your attention.

St Patrick’s Cathedral took over half a century to complete and is situated on a hill where it dominates the skyline of Armagh. Up until a year ago my visits to St Patrick’s have mainly been to attend funerals but that ceased with the outbreak of Covid-19.

For readers of faith, 2020 was a strange year indeed. The weekly routine of churchgoing was disrupted just as much as any other, and though many attempts to compensate for the ‘new normal’ were made—such as online Mass—for a great many, the worship cannot be so neatly distinguished from physical attendance.

Up to a year ago I occasionally travelled to funerals in different parts of the country. Invariably on reaching the town or village you would search for the church itself. If the church has a spire, your eyes are instantly drawn up. The spire, so consciously pointing to Heaven, is often decorated with accoutrements, both humble and bold, which entertain the eye, tease the gaze ever upwards, and remind you, almost unconsciously and immediately, of the focus of this place. The spire points to the world beyond, the place where God dwells, heaven.

Often as we admire the spire, so too do we notice the humility of the external building itself. Parish churches tend to be spartan in appearance from the outside. It is when we enter the church, however, that we truly feel that sense of awe. Whenever I walk into a church I always notice how cold it is. Apart from high summer, most people sensibly wear an overcoat when attending a funeral. It makes sense given that we may find ourselves on a windswept hill for the burial, but often we find ourselves wrapping our coats tighter and burying our hands in our pocket when we enter the church.

STILLNESS IN THE AIR

There is a stillness in the air and the sound of footsteps reverberates as we sit uncomfortably on the hard wooden seats. I can never remember being too warm in a church. It's at this stage that we discover and admire the stained glass windows and the unique decor of the church.

Another topic dealt with on the Creedon programme was the phenomenon of moving statues in 1985, when statues of the Virgin Mary were reported to have moved. In Ballinspittle, County Cork, in July 1985, an observer claimed to have seen a roadside statue of the Virgin Mary move spontaneously.

Nearer home, in Glengormley St Mary’s on the Hill is the oldest church in the parish of the same name. Built over 100 years ago it was very much an outpost of the parish of Whitehouse and with the small National School nearby it was home to a small group of Catholics. By the 1950s with the construction of new housing in the Glengormley district it became more and more a focal point. In the late 1960s Whitehouse parish was dissected and, among others, St Mary's on the Hill parish in Glengormley was created.

The first Parish Priest was Fr Shaun McClafferty, a most able and affable man who had great vision. He set St Mary's on the Hill as the central focus of the new parish and built three primary schools in a short space of time, oratories at St MacNissi’s and St Bernard’s and established the parish on a firm footing. He had the great advantage of having earlier served as a curate in Whitehouse, so he had a sound knowledge of the terrain. When priests came to the bishop, Dr Philbin, with financial concerns he often sent them to speak to Fr Shaun.

Moving Statues. Terrified of them as a lad. pic.twitter.com/VItjUdYU2w

Fr Shaun had a great sense of humour. He sought out the caretaker of St Mary’s on the Hill Primary School, Peter McKernon, whom he had known for years, to help him move a statue from the front of the church to the main entrance just at the time that Ballinaspittle was in the news. He sought and got Peter’s word that no-one would be told. When various parishioners including the church caretaker pointed out the change he kept a straight face and asked them to be silent but if they saw any movement to tell him in confidence

St Mary's on the Hill is a typical old style church, cold and furnished with typically uncomfortable seating but home to a classic stained glass window depicting the Lourdes apparition. However, the spire was never completed due to lack of funds.

When St Mary's on the Hill Primary School took delivery of a new photocopier in the 1980s, the principal, Victor Archer, superimposed the spire of Whitehouse on a photo of St Mary's on the Hill Church. He showed it to Fr McClafferty. He roared with laughter and left the school armed with multiple copies. He later told Victor that he showed one to the new bishop, Dr Cahal Daly, telling him he needed to use parish funds to build the spire.