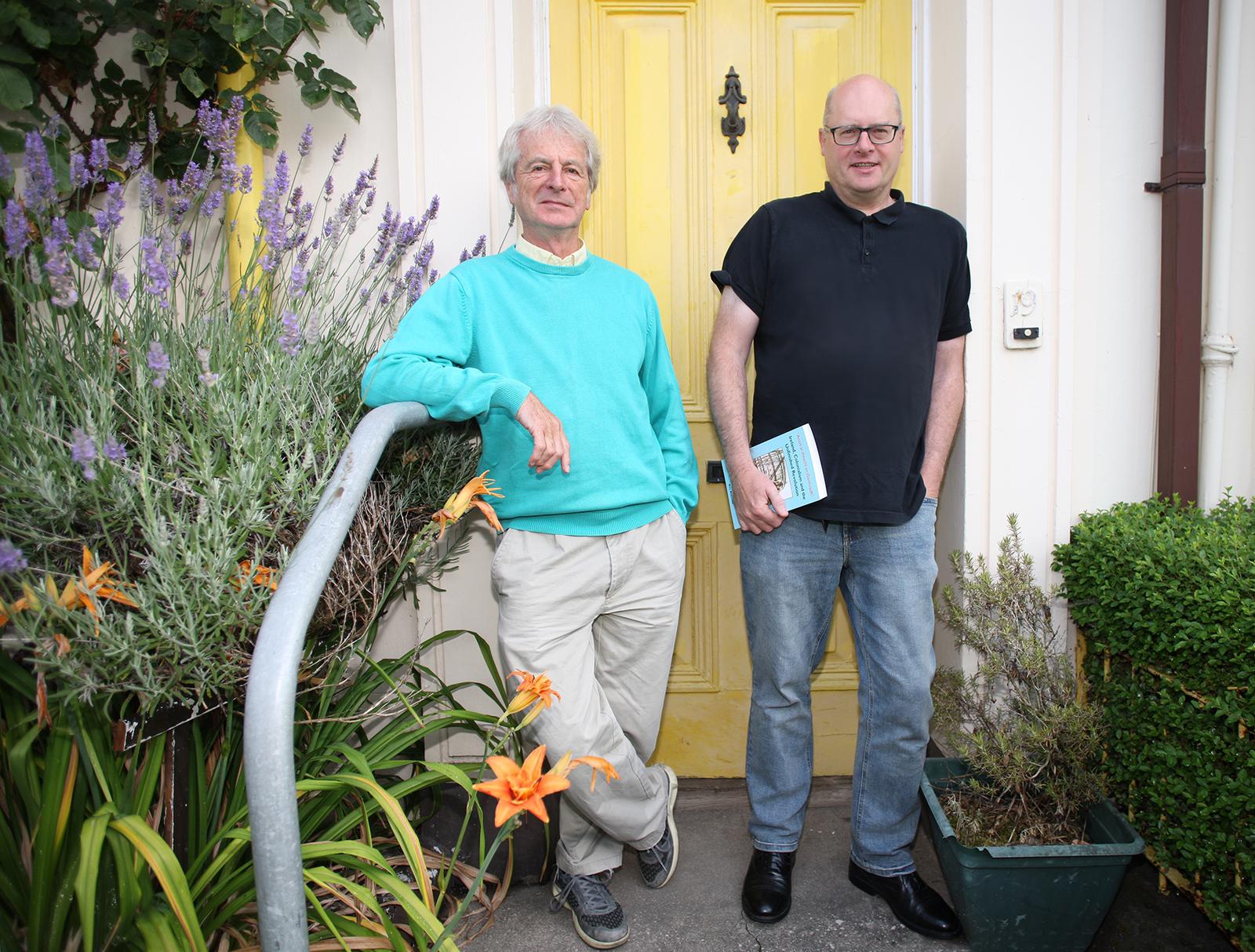 OPENING DOOR TO PAST: Co-authors Robbie McVeigh and Bill Rolston

When Professor Bill Rolston and Dr Robbie McVeigh set about researching their newly published book on colonialism in Ireland, they often felt they were ploughing a lonely furrow, with little credence given to the centrality of our colonial experience. Intervening circumstances, including the explosion of the Black Lives Matter movement in 2020, have ensured that colonialism now enjoys a prominent position in discussions about our current political climate.

That said, their book – ‘Anois ar Theacht an tSamhraidh: Ireland, Colonialism and the Unfinished Revolution’ – has never been a simple exercise in historiography. It is, rather, part of a “live world discussion” about the past, present and future of colonised nations.

Rolston and McVeigh date the beginning of Ireland’s colonisation to 1155, when Pope Adrian IV issued a papal bull to grant Henry II of England the right to rule Ireland and paved the way for the Anglo-Norman invasion. By delving into 800 plus years of Irish history, Rolston says the book looks to uncover “patterns and odds” that deepen our understanding of how colonialism works and how it applies to the modern era.

In a post-Brexit world where unionists – cut adrift by their compatriots in London – face the existential threat of the Irish Sea border, colonial settler experiences from as early as the 12th century become all the more pertinent.

“Within ten years of the Norman knights arriving in Dublin, Henry II was worried that they were going to set up a Kingdom on his western flank,” Rolston explains.

“He was already having problems on his eastern flank and he didn’t want another challenge, so he basically blockaded the ports, said that nobody was allowed to trade with these knights in Dublin. And you’ve got the leader of the knights, Fitzmaurice, saying ‘we are despised by the people around us here, but I think that we are even more despised by the people back over there’.

“So here, from the word go you have this notion that the settler is stuck in this strange little space where nobody likes them. The point of that is, that the natives wouldn’t like them makes sense, but that the metropolitans don’t like them is the bit that they never can understand. They can never understand that for all they’ve pledged their loyalty to the metropolitan power, it’s never going to be returned.

For me that’s a really healthy thing, speaking as somebody who comes from a Protestant background, that’s a healthy place to be in because at that point you’re still a very empowered minority and there are lots of things that you can argue for that are progressive, for protections that you’d want in a reunified Ireland.

“The Presbyterians of Ulster fought, died, starved in Derry, Enniskillen, Aughrim, the Boyne. What was their reward? – the Penal Laws were instituted against Presbyterians almost as badly as they were against Catholic.

“Loyal Ulstermen went and were slaughtered at the Somme. What was their reward? – they got a Northern Ireland state that none of them were necessarily fighting for in the first instance, but did they get egalitarianism, did they get equality, a guaranteed job and various other things? No – loyalty was and is a one-way street.”

Far from attempt to berate unionists for lessons not learned, the book looks to advance discussions around decolonisation – the “unfinished revolution”, which McVeigh insists carries “a promise that things are going to get better".

While resisting colonialism has come with a “terrible” and bloody cost in the past, he says people North and South should be “grabbing the opportunity” for a “peaceful” transition to a United Ireland. Changing demographics, with Northern unionists in a minority, are key to realising unity.

“We’re moving into a position where Catholics, and the population that’s called ‘other’ – people of colour, migrants, and anyone who doesn’t want to fit into traditional boxes – now constitute a plurality,” McVeigh said.

“Unionists will have to confront their status as a minority and not a majority within the state and within Ireland.

“For me that’s a really healthy thing, speaking as somebody who comes from a Protestant background, that’s a healthy place to be in because at that point you’re still a very empowered minority and there are lots of things that you can argue for that are progressive, for protections that you’d want in a reunified Ireland.

“The structural acceptance of a minority status isn’t a terrible defeat, it’s actually for me a liberation for everybody that we begin to discuss what a new Ireland looks like in terms if protecting all minorities. That then becomes a discussion that unionists as well and anybody else should be part of.”

The growing plurality of people who are in favour of a United Ireland, as Rolston tells us, is an example of what the Marxist revolutionary James Connolly once described as the “coming together of progressive forces”. Rolston also points to the 1798 rebellion – which saw “the coming together of the colonised and the colonisers in a revolution” – as a lesson that has “stood the test of time”

“I’m not saying we should repeat Vinegar Hill or the Battle of Donegore, but there’s lesson there for us,” he says.

“How you’re going to do it, I think, is trying to gather as many people on for the cause of republic versus empire, and a lot of those people will be very different to those you might have gathered in 1969, 1916 or 1798.”

Though the book maintains a focus on Ireland’s colonial experience, Rolston warns against the “notion of exceptionalism” whereby sharp distinctions are drawn between various colonies to the detriment of anti-colonial struggles. Instead, it elucidates some of the broad strokes and experiences that can help liberate people across the world.

“For all the differences, and for all of the details of the story, the dramatist persona is different in every situation, you can see these same trends going on and so you can ask the same questions,” he reveals.

“You can also say that if some people came up with good answers (elsewhere) then maybe those good answers should also apply to us.”

Anois ar theacht an tSamhraidh: Ireland, Colonialism and the Unfinished Revolution by Robbie McVeigh and Bill Rolston (Beyond the Pale Books, £19.95) is available from An Ceathrú Póilí bookshop in An Chultúrlann.