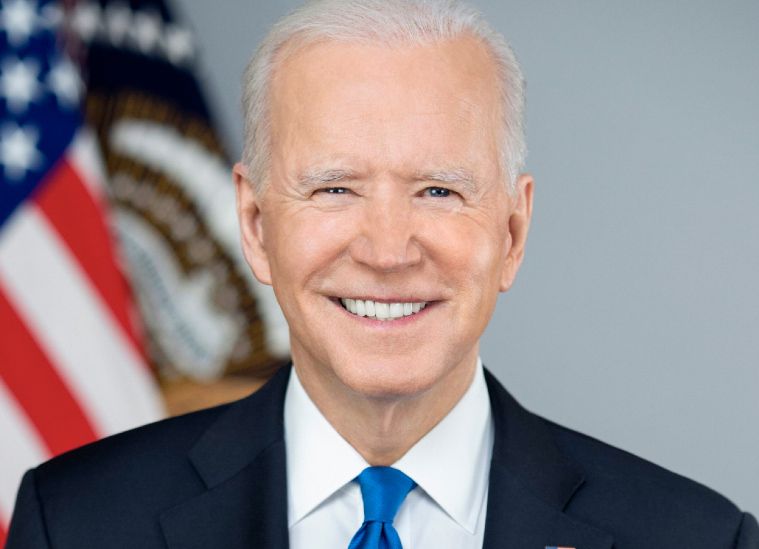 FOR centuries the twin goals of the emigrant Irish in North America were to build a new future for their families in An tOileán Úir (the new world – America) and to free their native land from the centuries of colonisation and occupation.

Having successfully secured the independence of the American Colonies from England, George Washington praised the role of the Irish in helping to achieve that goal. In the language of his day Washington said: “When our friendless standards were first unfurled, who were the strangers who first mustered around our staff?  And when it reeled in the light, who more brilliantly sustained it than Erin’s generous sons?... May the God of Heaven, in His justice and mercy, grant thee more prosperous fortunes, and in His own time, cause the sun of Freedom to shed its benign radiance on the Emerald Isle.”

In more recent years Irish-America played a standout role in opposing sectarian discrimination through the MacBride principles campaign and in challenging British miscarriages of justice. Irish America stood with the hunger strikers.  It was key to building the peace and has steadfastly defended the Good Friday Agreement. Evidence of this was on display in Washington during the visit last week of British Prime Minister Boris Johnson. President Joe Biden and his administration, as well as Congressional leaders, were forthright in their support for the Irish Protocol and the Good Friday Agreement.

While sitting beside Johnson at a press conference in the White House President Biden told the media that neither he, “nor I might add would many of my Republican colleagues like to see a change in the Irish accords, the end result having a closed border in Ireland.”

Many other US leaders were equally resolute in their rejection of any suggestion that there could be a US – British trade deal if the Good Friday Agreement was threatened. A few days earlier the Speaker of the House, Nancy Pelosi, had warned the British that there could be no trade deal “if there is destruction of the Good Friday Accords.” Congressman Richard Neal, who is the chair of the House Committee on Ways and Means, met Boris Johnson and said afterward that “any agreement reached between the UK and the EU on the future of the Protocol must not undermine the integrity of the Good Friday Agreement nor threaten the institutions it created.”

Some in the British media realised quite quickly that things were not going Johnson’s way. The London Times headlined one of its reports on the meeting between the two leaders: ‘Keep your hands to yourself, Irish Joe Biden tells Boris Johnson’. However, it was one of Johnson’s Cabinet Ministers, George Eustice, who with typical arrogance and in a patronising tone dismissed President Biden’s comments on the grounds that the Protocol is “very complicated” and consequently “I’m not sure he (Biden) does fully appreciate all of that.” Eustice added: “He is probably at the moment just reading the headlines, reading what the EU is saying, reading what Ireland might be saying which is that they would like the Northern Ireland Protocol to work in the way the EU envisage.”

This insulting nonsense from a senior Conservative Minister ignores the real offender in the Brexit debacle. According to Michel Barnier in his just published book ‘My Secret Brexit Diary: A Glorious Illusion’, the British Government was ill-prepared for the Brexit negotiations and adopted a “nonchalant” approach to the talks. According to Barnier, the British Government knew exactly what it was doing when it signed up to a border in the Irish Sea. It also understood that it could not claim there would be no controls on goods between Britain and the North.  That was before it went on to claim exactly that.

Brexit has been a disaster. While the Protocol protects jobs and business, food supplies and fuel deliveries in the North, in Britain there is a shortage of CO2, the pubs are running short of beer, long lines of vehicles queue for fuel and there is a scarcity of foreign labour in agriculture and a shortage of lorry drivers.

Into this chaotic farce then stepped the DUP leader Jeffrey Donaldson. He wrote to Nancy Pelosi warning her that the Protocol “is the altar upon which the Belfast Agreement is being sacrificed”. According to Donaldson, it is the actions of the EU that are “endangering” the Good Friday Agreement and risk “taking Northern Ireland backwards.” Of course, he disregards his own role and that of his party in promoting Brexit and then supporting the Conservatives in power as they negotiated the withdrawal agreement.

The reality is that Jeffrey’s deliberate ramping up of the rhetoric that threatens the Good Friday Agreement and its institutions has little to do with the Protocol or Brexit. His real agenda is clear from his interview in the Belfast Telegraph at the weekend.  He wants a unionist pact to stop Sinn Féin.

None of this will come as a surprise to anyone with even the most cursory understanding of the North. 100 years ago the northern state was born in conflict and violence. It survived on sectarian abuse, injustice and discrimination. In every Westminster, Stormont Parliament, Assembly and Convention election that has taken place since then the overriding issue on the agenda was, and remains, the constitutional status of the North. That has not changed.

What has changed is that for the first time there is, through the Good Friday Agreement, a peaceful, democratic means for the people of the island of Ireland to determine our own future. The unity referendum is the way forward and the Irish government has a responsibility to prepare for that and not be swayed by the ‘no surrender’ politics of Jeffrey Donaldson. Incidentally, his interview in last Saturday’s Irish Times was much more interesting. But more of that next week.

Remembering Big Bob in the PD

LAST Thursday a portrait of Bobby Storey, by Tony Bell (right), was unveiled in the Andersonstown Social Club. It is a place that he had a long association with. The following night – within Covid regulations – family, friends and comrades again gathered in theCClub to reflect on Big Bobby’s life and times, and his contribution to the struggle for freedom.

I was joined on stage by Joe Austin, who chaired the event, and Liz Maskey and Marty Lynch. We told yarns – we told yarns that Bobby himself had told – about his experiences in and out of prison and we did it as Bob did himself, with a smile on his face and a chuckle in his voice. In my contribution I reminded the audience of one memorable occasion in which Bobby introduced a new phrase into the republican lexicon.

“Bob was arrested in 2015, one of hundreds of times he was arrested. There was a lot of publicity around it at the time and he was released subsequently. The PSNI Chief Constable, George Hamilton, had been asked about the IRA and he said that he thought republicans were committed to peaceful means of struggle and that the IRA still existed.  So, when Bob got out we decided to do a press conference. Martin McGuinness was there, Mary Lou was there and I was there. And we decided to put Bob on to the press conference. He was Chair of Sinn Féin’s northern Cuige structure at the time.

“So we were doing prep before the press conference. Richard McAuley said to Bob. ‘They’re going to ask you has the IRA gone away and what you should say is Yes. They’re left the stage. They’re no longer in existence. And no matter how many times they ask you that question you should say Yes, they’ve gone away, they’re not about, theydon’t exist.’
“Bob says, right. Dead on.

“We all sit down and right away a journalist says to Bob, ‘The Chief Constable says the IRA hasn’t gone away...’

As this is happening I’m watching Richard McAuley’s face.

So I got the press report of this and this is exactly what Bob said: He said that he ‘agreed with the Chief Constable that republicans were committed to peaceful means.’

But he differed from him because the Chief Constable said that the IRA is still around. It’s gone. Bob said.

You could see Richard smile at how clearly Bobby was on message. But then Bob went on. ‘The Chief Constable sees this in terms of the IRA as being the caterpillar that's still there. I think it's moved on, it's become a butterfly, it's flown away, it's gone, it’s disappeared.’

“And no-one asked another question about the IRA. They had their memorable line for the day.

40 years on and their sacrifice remains a massive inspiration

40 YEARS ago, on October 3, 1981 the hunger strike ended. It was the culmination of almost a full year of hunger strikes, first in Long Kesh in October 1980, then in Armagh Women’s Prison in November 1980, and finally in the H-Blocks of Long Kesh beginning on March 1, 1981.

There had also been hunger strikes during the previous two decades. In the course of these Michael Gaughan died in June 1974 and Frank Stagg died in February 1976.

As part of the commemoration of these events, and as a celebration of the lives of the 12 who died on hunger strike, An Fhuiseog has produced a series of beautifully designed cards. They are a remembrance that the 12 were very ordinary men who, confronted by the brutality and vindictiveness of the British state, behaved in an extraordinary way and gave their lives for the friends and comrades.