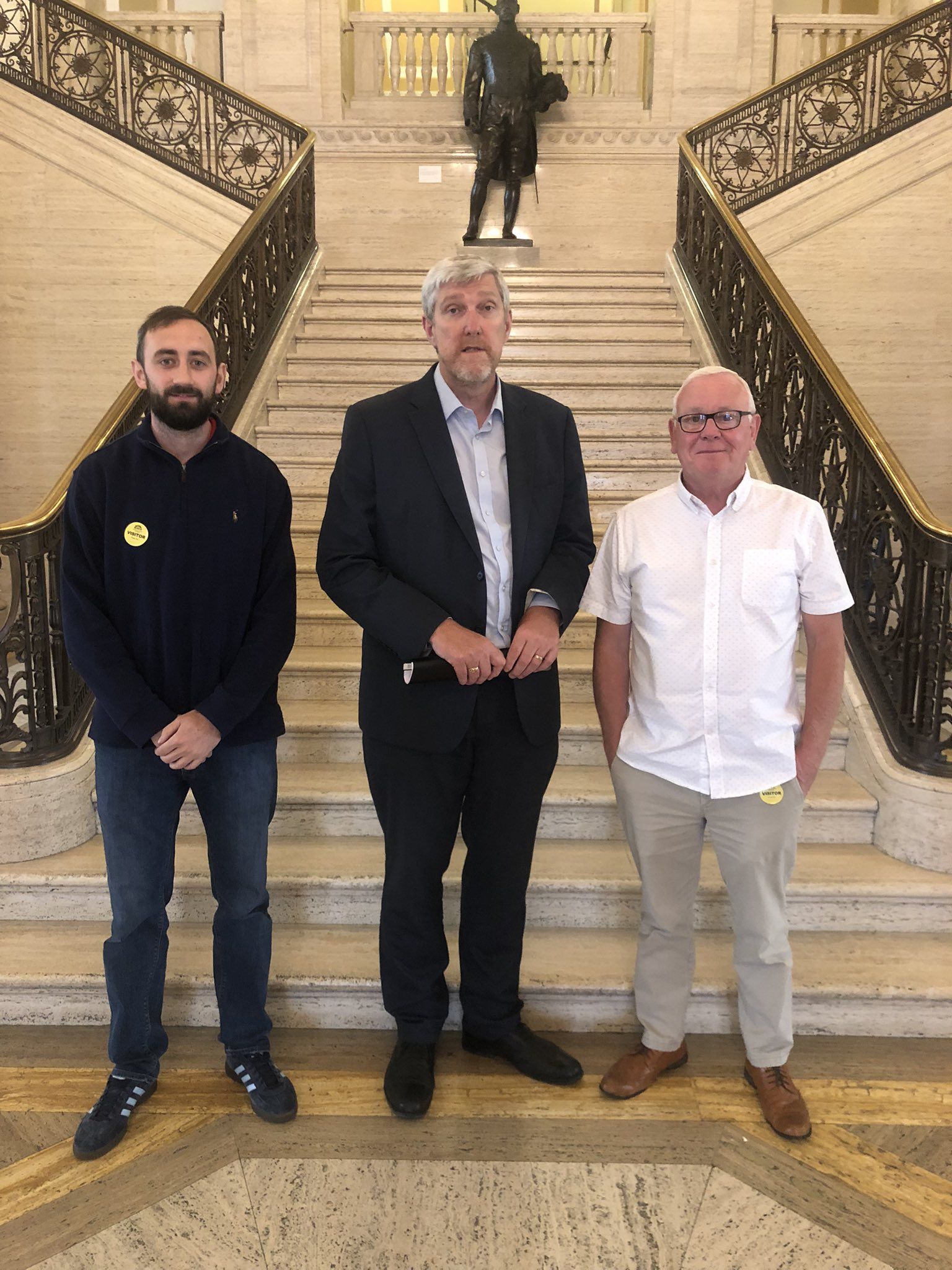 TRANSLINK is set to implement bilingual onboard audio on its Glider service. Irish language information will be broadcast onboard in West Belfast from the end of the summer.

The news comes following a meeting between Irish language development agency Forbairt Feirste, the Department for Infrastructure and Translink on Tuesday.

Piarais Mac Alastair from Forbairt Feirste said the organisation had "very positive" discussions with Infrastructure Minister John O'Dowd about onboard audio and Glider signage.  They also held historic discussions about Irish language road signage, which the Department will look at installing in West Belfast's Gaeltacht Quarter.

Engagement is ongoing about the implementation of bilingual signs on the front of the Glider, with Translink expressing concerns about the use of Irish in East Belfast. It is understood unions have raised issues about driver safety if the signs were implemented.

"Translink have an operational issue in terms of it being switched back to English for going over to East Belfast," Mr Mac Alastair said.

He said bilingual signage should be available as far as the city centre as a "bare minimum".

"It's not for us to have to wait for Translink to work it out. It works in English, so all they need to work out is how to turn it off," he added.

"If we get it done until at least the city centre then we're in a better place because we don't have it anywhere at the moment. I said we should get it up and going, get it into the city centre and then we can have a secondary discussion about driver safety."

He added: "I don't see it being a big issue – it wasn't insurmountable."

He said Translink would write to Forbairt Feirste in the coming weeks to outline its position.

Meanwhile, work is ongoing to install bilingual road signs on the Falls Road.

"It has never been done before anywhere before in the North," Mr Mac Alastair said.

"The scoping exercise has been done, so that is from the bottom of the Whiterock to the hospital. They came back with a cost of £30,000 to replace the signage, which isn't a huge amount."