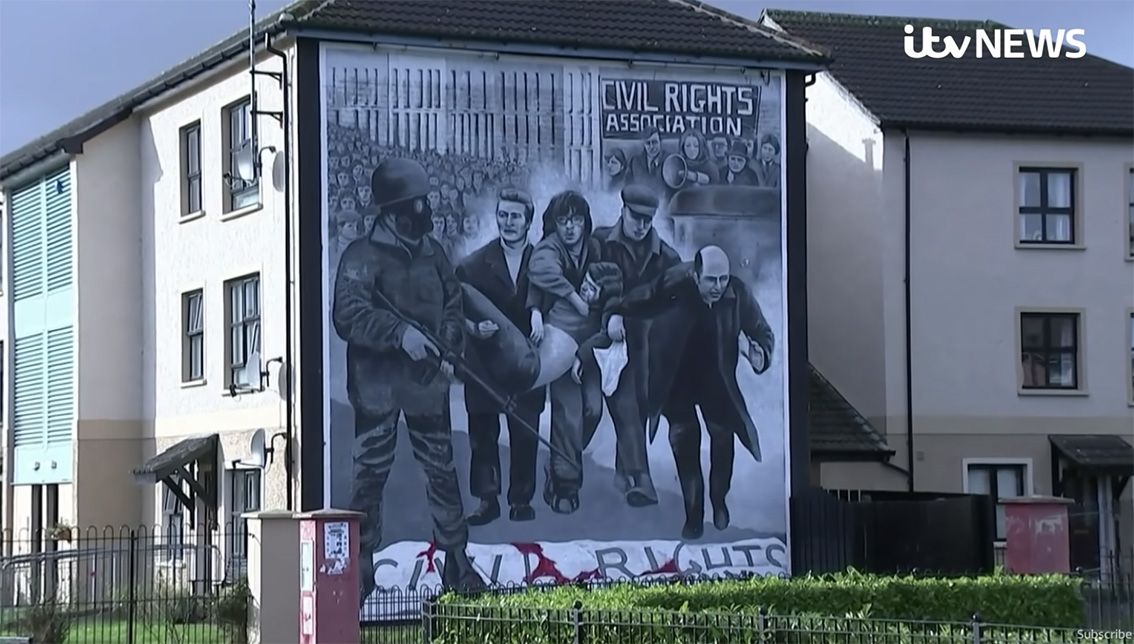 HALF A CENTURY: 50 years on Derry remembered the atrocity that shocked the world

SOMEHOW human beings, including this columnist, put more stead in twenty-year anniversaries than in nineteen-year ones. So in the case of Bloody Sunday 50 years seems more important than 49. Why this is so is worthy of some research, which is at this point beyond capacity. But fifty years it is since that fateful day.

In less than 30 minutes it was all over. The shooting began at 4.10pm. When it ended, 13 men and boys were dead. Another was to die weeks later. Another 14, including one woman, had been shot and grievously wounded. On our television screens we could see the deadly consequences. The still bodies in their pools of blood. One moment alive. The next dead. Lines of men were filmed being frogmarched by British soldiers and forced against walls. A community in shock. Bloody Sunday marked a watershed moment in our history.

For many, Bloody Sunday also marked a personal turning point in our lives. I know that many of my friends, my peer group, reflected on our memories of that day as we recalled where we were. It was a moment when many became convinced that a state that could plan, carry out and defend the public execution of citizens had no legitimacy. Many didn’t know about Britain’s recent colonial past. Its use of counter-insurgency techniques. The application of state violence, including mass murder and torture, to advance its objectives in Kenya, in Aden, in Oman and other places. The employment of collusion and of counter-gangs to kill political enemies and civilians. All of that was to become known later.

But for the avoidance of doubt, it should now be clear to everyone that killing people on Bloody Sunday was the intention, the plan and the reason for the deployment of the Paras in Derry, just as it was in Ballymurphy months earlier.

On January 30, 1972, and in the days that followed it was about the victims and their families. It was about demonstrating –  by attendance at the funerals or other protests, including the civil rights march in Newry the following Sunday – that we would not be intimidated off our streets.

For many it became a difficult emotional balance between shock and anger and a desire for revenge. It was a reminder of the injustice of the British state’s involvement in Ireland and of the failure of politics. And as the British state’s propaganda machine went into overdrive to defend the Paras, and British and unionist politicians accused the victims of being gunmen and bombers, the anger and frustration grew.

Seamus Heaney caught the mood:
My heart besieged by anger, my mind a gap of danger.
I walked among their old haunts.
The home ground where they bled;
And in the dirt lay justice like an acorn in the winter
Till its oak would sprout in Derry
where the thirteen men lay dead.
The Road to Derry.

It took almost 40 years to clear their names. The families and other campaigners deserve great credit for their dignity, persistence and generosity. Their commemoration of the 50th anniversary was a fitting remembrance  of Bloody Sunday.

In June 2010 Martin McGuinness and I walked with thousands more from Free Derry Corner to Guild Hall Square, the original destination of the civil rights march in January 1972.

In Guild Hall Square the crowds cheered loudly as it became increasingly clear that the Saville Report was going to exonerate the victims. Tony Doherty, whose father was killed by the Paras, put it well when the families eventually emerged to speak to a packed Square. He said: “The victims of Bloody Sunday have been vindicated. The Parachute Regiment has been disgraced. Widgery’s great lie has been laid bare. The truth has been brought home at last. It can now be proclaimed to the world that the dead and the wounded of Bloody Sunday, civil rights marchers, were innocent one and all... The Parachute Regiment are the front line assassins for Britain’s political and military elite. The report of the Saville Tribunal confirms this...”

Twelve years later most people do know. Sadly, there are still some who seek to deny it. British politicians in the main, but unionist politicians also, and sadly some in the Irish state. The British Government still wishes to avoid its responsibility. That’s the rationale behind its legacy and amnesty proposals – its refusal to honour its commitment to hold an inquiry into the killing of human rights lawyer Pat Finucane.

How could the British establishment expect its spies and spooks and solders to kill at their command if they were unable to guarantee them immunity from prosecution?

When he apologised for the actions of the Paras the then British Prime Minister David Cameron said: “Bloody Sunday is not the defining story of the service the British Army gave in Northern Ireland from 1969 to 2007.”

He was wrong. I said so at the time. Bloody Sunday is the defining story of British actions in Ireland. There were many others. On the New Lodge. In Tyrone. In Springhill. In Fermanagh. On the Shankill. In Ardoyne. In Armagh. In Dublin, Dundalk and Monaghan.

The UDA and UVF and others killed as many as they did because the British state gave them the green light. They armed the loyalist death squads and provided information on victims. The Glenanne Gang and the Dublin-Monaghan bombs were the work of the British state.

The more than two hundred civilians and Sinn Féin members and family members killed with weapons supplied by apartheid South Africa and British intelligence in 1987 were the work of the British state.

This week the people of the Ormeau Road will mark 30 years from the day when UDA killers armed with British-supplied weapons murdered five of their neighours in the attack on Sean Graham’s bookies. These families do not want an Amnesty. Not a statute of limitations. They want those responsible held to account. They deserve our support.

Finally, my condolences to the family and friends of Terry Laverty, who died last week. Terry’s brother John was shot dead by the Paras during the Ballymurphy Massacre. John himself was arrested at that time and imprisoned on the trumped up charge of rioting. He never gave up. He campaigned tirelessly.


BRITAIN’S counter-insurgency guru General Frank Kitson explained it well when he wrote over 50 years ago: “The press properly handled is one of the government’s strongest weapons.”

Direct control of reporting by the media through the imposition of censorship or indirect control through political alliances with those who own the media is not a new phenomenon.

The Irish people have long experience of British Government manipulation of media coverage about events here. The killing of 14 men on Bloody Sunday in January 1972 and before that the Ballymurphy Massacre and the manner in which the British establishment managed the media afterwards are two examples of this.  British political leaders and military commanders rushed to defend the Paras and criminalise the dead and wounded.

That they failed took 40 years of hard work and trauma by victim’s families and the people of Derry and Ballymurphy.

A further example of a desire to control the media is playing out in London this week. Lawyers acting for Julian Assange, the founder of Wikileaks, are petitioning the British Supreme Court in a bid to stop his extradition to the USA. In 2019 the Trump administration indicted Assange for allegedly breaking the US Espionage Act. This was based on his publication ten years ago of tens of thousands of documents provided by Chelsea Manning that covered diplomatic gossip, politically partisan briefings, and documents that ran the risk of exposing those living in oppressive regimes. However, these documents also included evidence of the use of torture and the killing of civilians.

A wide ranging group of civil liberties and press freedom groups, including Amnesty International, Human Rights Watch, and Reporters Without Borders have called for the end of the prosecution of Assange.

This is in tune with a ruling US Supreme Court in 1971 which agreed that the New York Times and Washington Post could publish papers relating to the American prosecution of the war in Vietnam (the Pentagon Papers). The court decided that: “The press was protected [by the Founders] so that it could bare the secrets of government and inform the people. Only a free and unrestrained press can effectively expose deception in government. And paramount among the responsibilities of a free press is the duty to prevent any part of the government from deceiving the people and sending them off to distant lands to die of foreign fevers and foreign shot and shell.”

Assange has spent over seven years trapped in the Ecuadorian Embassy in London. He was forcibly removed in April 2019 and imprisoned in Belmarsh Prison in London where he has been held for the last three years in solitary confinement.

Assange’s continued incarceration and persecution affects him personally but it also stands as a threat against all journalists, editors and publishers who pursue investigative journalism and defend free speech.

Julian Assange should be released.