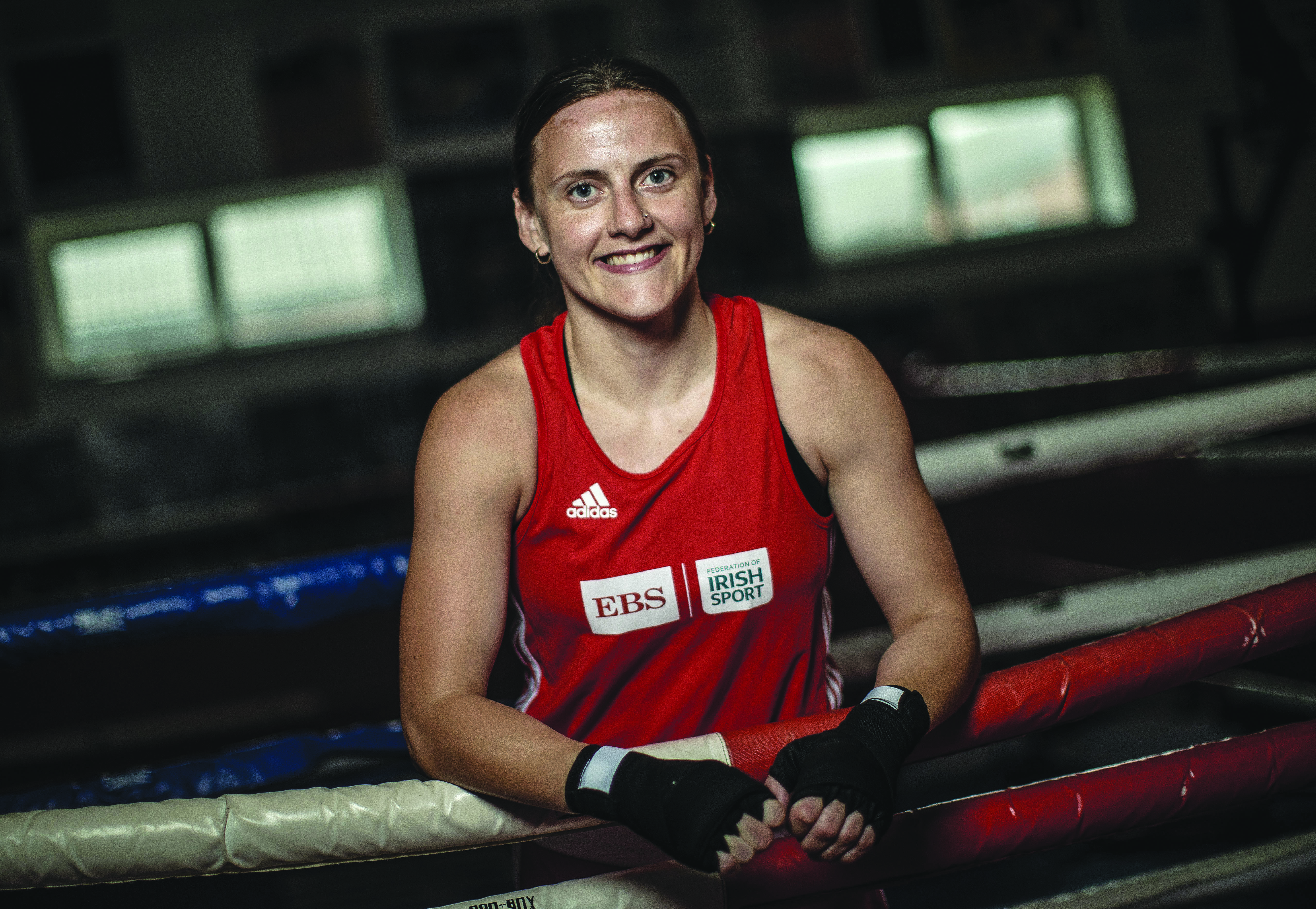 MICHAELA Walsh has praised the role of volunteers in Irish boxing and said her own achievements would not have been possible without the efforts of others.

Speaking on Tuesday’s media call for the launch of the 2021 Federation of Irish Sport Volunteers in Sport Awards proudly supported by EBS, the West Belfast woman hailed the influence of her father, Damien, club coach Paul Johnston and everyone who has helped her on her journey, insisting that those who have given up their time throughout the country have helped nurture athletes and left Irish sport in a good place.

The awards recognise, champion, and support the army of 450,000 volunteers in sport and physical activity in local communities in Ireland, with an incredible 37.2 million hours of volunteering across the country’s 13,000+ sports clubs and associations each year.

“My dad has been with us from the very start,” said the EBS ambassador.

“To think the amount of time they (club volunteers) miss out on, even with their own kids’ live and special occasions, to give up time to help out other children.

“The amount of hours they all give across Ireland to other children and I know I wouldn’t be at the level I am and it’s great to recognise them. We only get here with their help.”

Walsh come oh-so-close to victory against eventual bronze medallist Irma Testa in Tokyo, but can take heart from her performance against the Italian who she could come into competition with again at the World Championships that are set for later this year.

The Monkstown fighter is hoping to push on to finish the year on a high, before aiming to turn a pair of Commonwealth silvers into gold next year in Birmingham.

“My main focus this year is the World Championships so I’m training towards them,” she confirmed.

“Tokyo didn’t go to plan so I just want to finish the year on a high.

“Next year there is the Commonwealth Games and fingers crossed it’s third-time lucky after two silvers (in Glasgow 2014 and Gold Coast 2018) I’d like to go all the way.

“It’s great I don’t have to wait two years for the Commonwealths as they are just next year and then the year after is the European Games, then the Olympics, so it’s great to have a big tournament every year to look forward to and the next three years will go by very quick.”

The performance of Ireland’s boxers this summer was a major boost after what became something of a nightmare at the 2016 Rio Games when they came home empty-handed for a variety of reasons.

Aside from Brendan Irvine, it was a new team that travelled to Tokyo and they gave Irish amateur boxing the shot in the arm it needed with fine performances across the board and indeed, were a little unlucky just to return with Kellie Harrington’s gold and Aidan Walsh’s bronze.

“After Rio, people said that the Irish boxing team was going downhill and things needed to change, but I think the performances throughout the tournament were phenomenal and everyone got beat by an Olympic medallist,” Michaela noted.

“I think we came seventh on the medal table, which is a phenomenal achievement, so I think Irish boxing is in a great place.”

To nominate an everyday hero, and to be in with the chance of winning €1,000 for your local sports club, simply visit www.volunteersinsport.ie. Nominations can be made by a club, individual or sporting body and are open from September 7 until October 17.