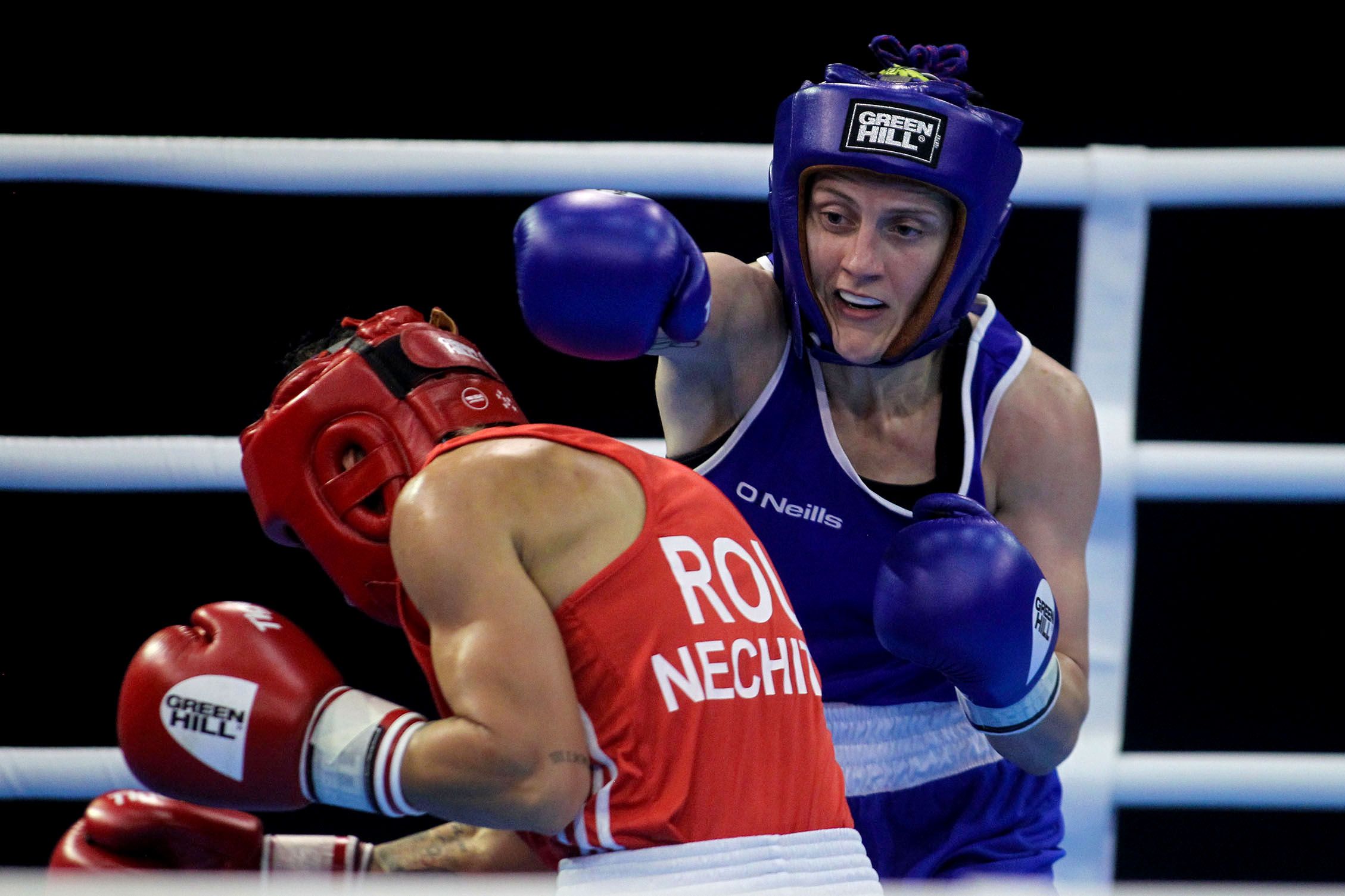 SEVEN Irish boxers will bid to upgrade their bronze medals at the Women's European Championships in Budva, Montenegro, today (Friday) with Belfast's Michaela Walsh and Caitlin Fryers leading the charge.

Commonwealth Games gold medallist, Walsh, will meet a familiar foe in Italy's Irma Tests in the57kg semi-final, approximately 2 pm Irish time, aiming to redress the balance having lost to Testa twice last year including their meeting at the Tokyo Olympics.

The rangey Italian is well decorated and won European gold in 2019, with World silver and Olympic bronze following, but Walsh is riding the crest of a wave following her victory over Romania's Claudia Nechita and may feel the time is right to finally get the measure of Testa.

Immaculata's Fryers secured her first-ever major international medal with victory over Bulgaria's Zlatislava Chukanova in their 52kg quarter-final on Wednesday and will be up against Azerbaijan’s Anakhanim Ismayilova in the opening bout of the evening session (4.30 pm Irish time) aiming to book her place in Saturday's finals.

First up for the Irish today is 48kg, Shannon Sweeney, from Mayo, who will contest against Bulgaria’s Sevda Asenova in the opening bout of the afternoon session at 1 pm.
In bout eight, at approximately 3 pm, World Champion Amy Broadhurst contests her semi-final against Croatia’s Sara Beram.

All of the action is live on the European Boxing Confederation's YouTube channel, here