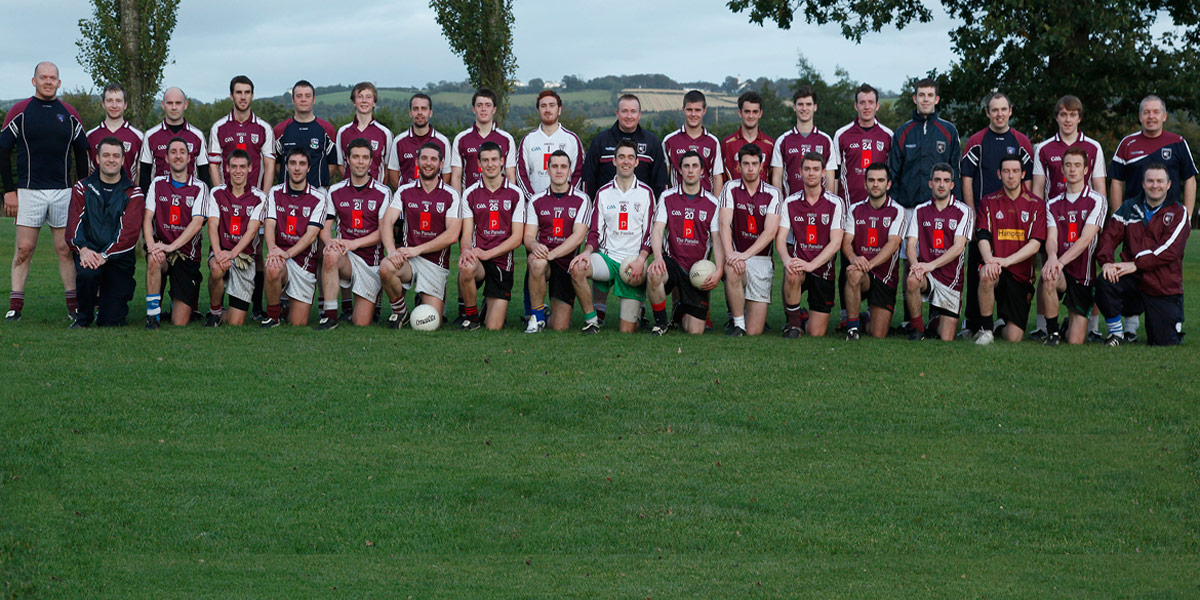 THE footballers of Bredagh will seek to regain the Down Junior football title when they take to the field against Dromara at Páirc Esler, Newry on Sunday (4pm).

The South Belfast club previously won the crown back in 2006 but have failed to add to their sole championship success since.

Under the management of Michael O’Callaghan, the Cherryvale based club have enjoyed a resurgence this year after being relegated from Division 3 at the end of the last campaign.

They sit in third place in the league and have a promotion play-off to look forward to but this weekend will offer the chance to secure some silverware and reward the hard work that has gone in this year.

“It’s been a good year so hopefully this will top things off and get us to where we should be,” said the Bredagh manager.

“We should be competing in Championship finals.

“That’s what the club wants and it’s where the club needs to be.

“This is the first time the club has been in the final since 2006 so for a lot of the younger lads it’s their first senior county final.

“It’s a big occasion for the club and a big day in the club’s history because we are only 40 years old so this is a big event.”

The sides have already locked horns twice this season in Division 4 with Bredagh coming out on top on both occasions.

An early league meeting at Cherryvale finished with Bredagh emerging 1-10 to 0-6 victors and in the return game it was the South Belfast men who triumphed on a 0-12 to 0-9 score but O’Callaghan says these results will count for nothing when the ball is thrown-in on Sunday.

Their league form has ensured they will be in the promotion shake up and go into this weekend’s final having recorded a 4-21 to 0-4 demolition over Ballykinlar so confidence will be high.

The Belfast club will be hopeful for big showings from Kevin Muldoon, Brian Rice, Sean Armstrong and Owen Costello who O’Callaghan says has made a welcome return after spending the summer in the USA.

“We won at the weekend well and although we have a couple of league games left we will have a promotion play-off against Drumaness coming up so this will be great preparation for that as well,” he added.

“We have (beaten Dromara twice) but we are just wary that when we played them that we were well ahead at half time and then they came back at us.

“They were also missing several players who would have been away in the States over the summer that have just reappeared for them at a good time.

“I suppose we were in the same position with Owen Costello but it’s good to have him back now as well but I would be confident in my own team ahead of Sunday.”

Bredagh will be many people’s favourites to claim their second title but the St Genevieve’s teacher believes his players will cope with that pressure.

While there is the added incentive of a place in the Ulster Junior Championship for the victor, O’Callaghan believes his team can’t look beyond Dromara but is hopeful they can deliver a day to remember for all at the club.

“There is pressure but we were favourites for the semi-final as well so the boys should be taking that as a compliment,” admitted the Bredagh mentor.

“It’s something they are just going to have to deal with because it’s a recognition of how well we have been doing this year.

“It’s a big opportunity for the boys to grasp and we won’t be thinking about Ulster Championship until we get Sunday over us.

“You play football for a long time and Championships don’t come around very often so you have to take the opportunity when it comes.”