Budding filmmakers put themselves in frame for movie success 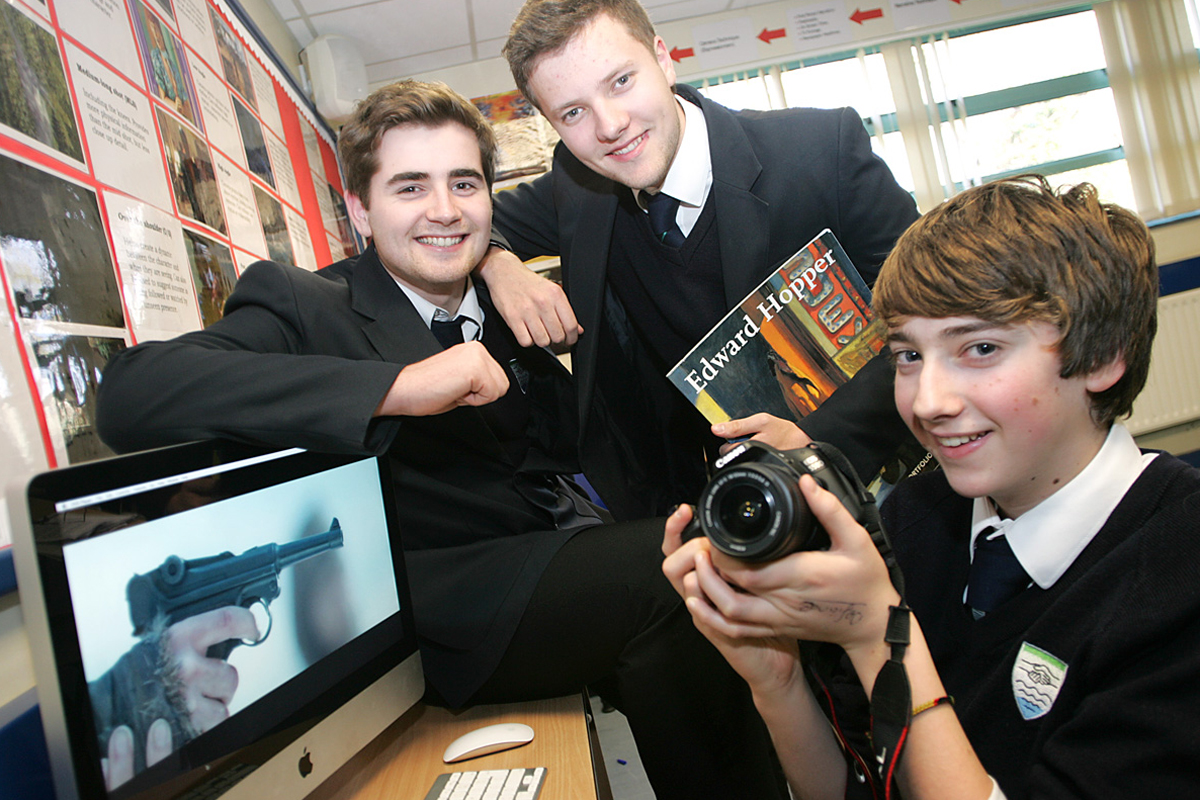 MANY pupils across South Belfast associate ‘horror’ with their GCSE’s and A-Levels, but an increasing number are finding that horror movies are the answer to getting top marks.

More and more pupils are choosing to study Moving Image Arts since it became available in the last number of years and, due to the popularity among young people already mad on movies and television, more schools are deciding to offer it as a very real qualification.

Available in many local post-primary schools, including Malone College, Methody and Rathmore Grammar since it was first introduced seven years ago at A-Level, the subject – more than just a “film studies” course - is now a firm GSCE favourite too, with up to 60 per cent of the overall grade down to practical filmmaking.

Northern Irish exam board CCEA were the first to offer a digital filmmaking course anywhere in Britain and the North after teaming up with NI Screen.

For today’s YouTube generation, most of whom take powerful video cameras on phones for granted, the movie-making side of the course allows them to put to work skills many have already honed as a hobby.

In December two Malone College pupils scooped prizes at Derry’s Foyle Film Festival for their short movies, including an animation, which impressed judges who praised their creativity and directional skills.

“Right now, Northern Ireland and Belfast seems to be one of the most active locations for filmmaking.”

Their proud teacher Patrick Cassidy, who teaches Moving Image Arts at the South Belfast integrated school, has described how the popularity of the course is growing with each passing term with pupils producing exceptional pass rates.

“ When we first offered the A-Level six years ago, only six pupils took it up, and now we teach over 55 of them,” he explained.

“Last year was the first time we offered it at GCSE level. In that the students are required to create a one minute animation, and a one minute horror film each, inspired by genre names including John Carpenter. They also learn about genre through the study of three films: ‘Bride of Frankenstein’, Wallace and Gromit: A Close Shave’ and Baz Luhrmann’s ‘Romeo and Juliet’.

“This Baz Luhrmann movie is a perfect way to explain to students about how some filmmakers blend styles to create a unique film. For example, it’s beginning is basically shot in the style of a spaghetti western, before exploring other genres such as crime and romance.”

The school has invested heavily in the subject, purchasing a host of new equipment for pupils to make their own mini-masterpieces including a state-of-the-art HD camera and powerful MacBooks which the pupils can borrow to edit their movies at home.

“In our first GCSE year the pass mark was 80 per cent while our latest A-Level marks were 100 per cent pass rate, with half of all marks being an A.

“As well as the practical side of movie making, our older pupils doing the AS level study the likes of German Expressionism and Film Noir, and it gets a bit deeper at full A-Level as we dissect more European cinema styles like Italian Realism and French New Wave.

“I’m very proud to say that several of our past A-Level students have gone on to pursue this as a possible career and are doing Film Studies and practical filmmaking at further education level.”

However, according to Mr Cassidy, who started his teaching career in the subjects of ICT and history before being offered the opportunity to teach Moving Image Art, pupils don’t have to go too far when seeking a career in film or television. Indeed, studios are already flocking to the north of Ireland, which NI Screen is promoting as “the most compact 5,196 square miles of back lot in the world”.

“Right now, Northern Ireland and Belfast seems to be one of the most active locations for filmmaking,” he added.

“Look at what’s happening with HBO’s ‘Game of Thrones’ and the wide range of films and television shows shot and edited in and around us in recent years. It’s a great time to be emerging into this industry and hopefully some of our pupils will be able to be a part of that in the future.”