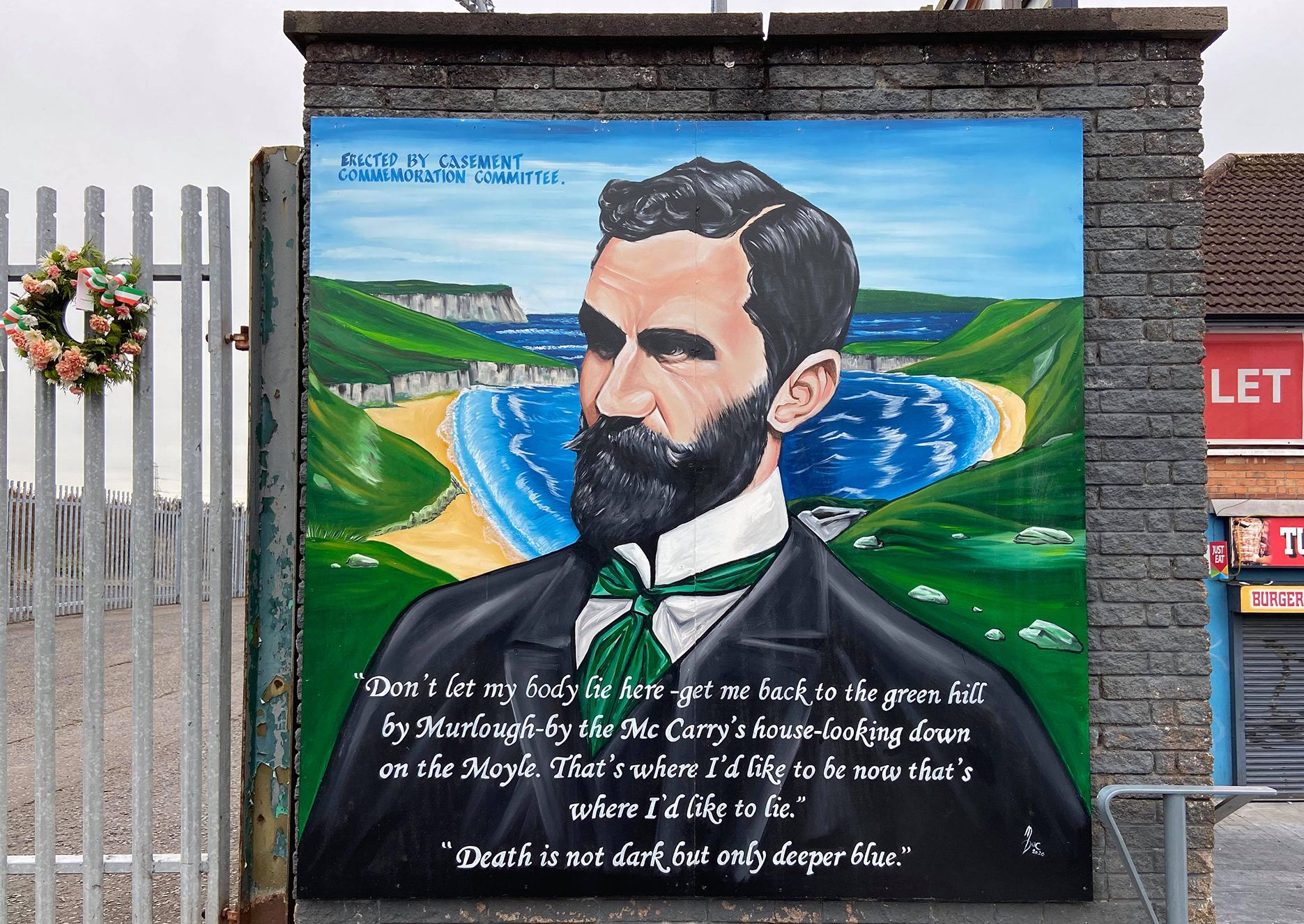 WRITING ON THE WALL: New portrait of Roger Casement at Casement Park

A NEW campaign to reinter the remains of Easter Rising leader Roger Casement has been launched in West Belfast.

In April 1916, Casement was captured by British forces after trying to smuggle 20,000 German rifles into Ireland near Banna Strand, County Kerry. He was subsequently hanged in Pentonville Prison in London on August 3 that year.

Casement’s body was buried in the prison but was repatriated in 1965 and reinterred in the republican plot at Dublin’s Glasnevin Cemetery. However, his last wish was to be buried at Murlough Bay on the Antrim Coast. The request was denied by British Prime Minister, Harold Wilson, who feared reburial there would provoke “Protestant reactions”.

Last week, a newly formed committee made up of members of Casement Social Club unveiled a new mural of Roger Casement on the Andersonstown Road.

The unveiling on Casement’s anniversary, which coincided with wreath laying ceremonies in Banna Strand, Glasnevin, Murlough Bay and his native Sandycove, marks the beginning to of a campaign to “bring home his remains”.

Jude Whyte, who has helped spearhead the initiative, said that it is time for objections to the reburial in the north to be “put aside”.

“This is an apolitical thing in many respects,” he said.

Our objective is just to honour a dying man’s wishes. A man who, in our opinion, was probably the first advocate for Black Lives Matter, and probably the first real humanitarian in that he was knighted for exposing cruelties and abuse of human rights in the Congo, Peru and Putupayo.

“We do believe that there is a long road ahead, but with the right attitude this man’s last wishes can be granted, and in a nutshell that’s what we’re about.”