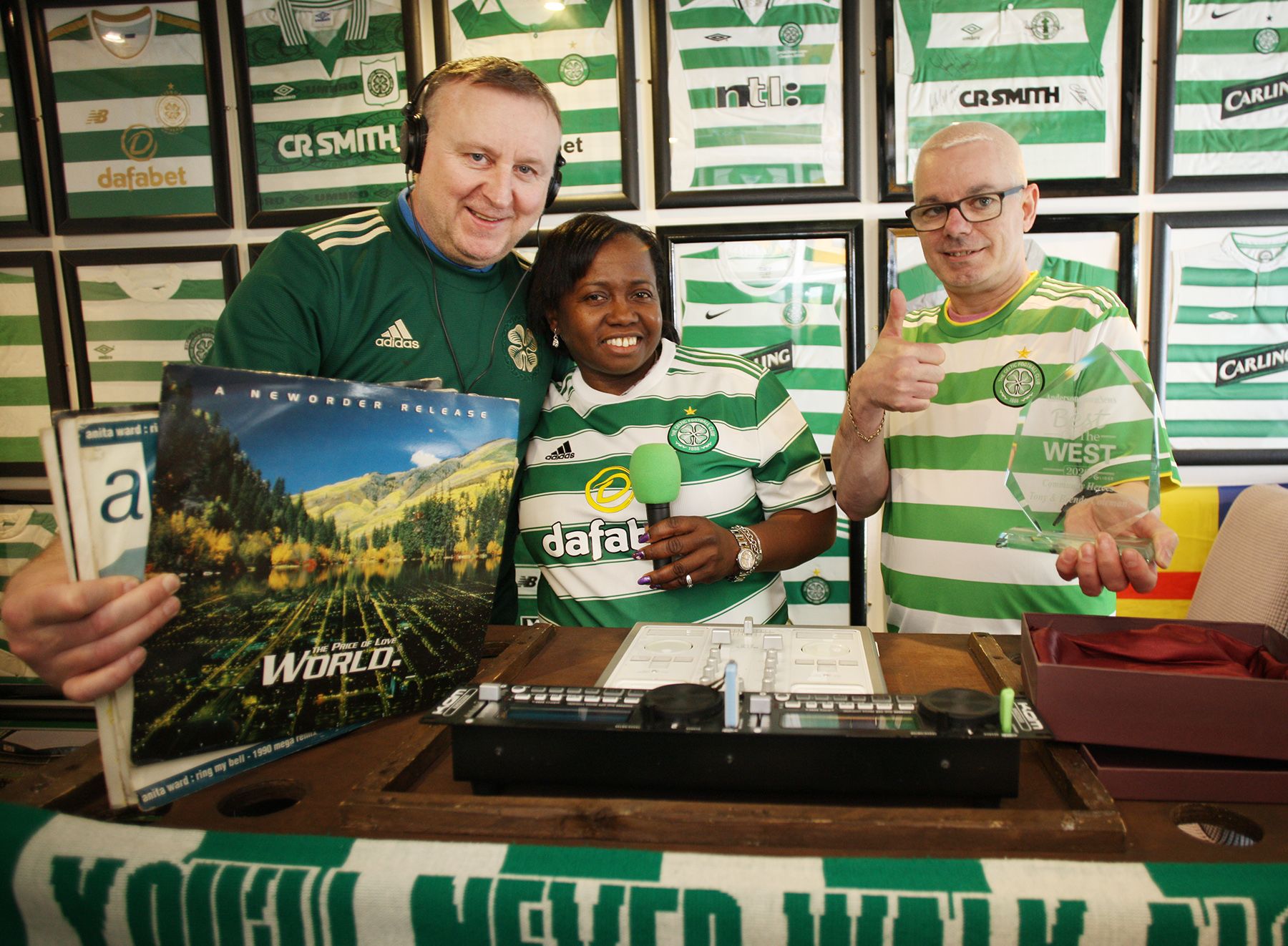 A CANDIAN property manager and Celtic fan has travelled 2,345 miles from Toronto to Belfast to meet a local DJ that she began listening to during lockdown.

Claudia Latouche discovered DJ Tony Coleman on the music sharing app Mixcloud and a friendship quickly developed between her and Tony’s other listeners both here and abroad.

Speaking to the Andersonstown News in Tony’s Suffolk Road home, Claudia explained how she quickly became a fan of Tony’s sets.

“I was going through Mixcloud with a friend and I said that I need to listen to some music. There are a lot of DJs on Mixcloud but I saw Tony Coleman with a Celtic logo and stuck him on.

“He was playing '80s music that I love and so I started following him so I would get a notification anytime he was on. From then I started sharing him with my neighbours and we would sit on my deck blasting the music and dancing around my fire pit with a few drinks.”

Claudia said that from listening to Tony’s sets, she has made a global network of friends, with about 35 of them being based in Belfast.

“I have my mum Lanette listening in too and she has told Tony’s wife that she is going to come to Belfast and kidnap her husband,” she joked .

“In Toronto, we are five hours behind so while these guys are going to sleep around 2am, my party is only getting started.”

Aside from meeting Tony and fellow listeners while in Belfast, Claudia told us that she was looking forward to heading to the PD for a drink and trying Goodfellas which she had heard so much about from those listening to Tony’s broadcasts.

Discussing how the DJ sets first came about, Tony – who won a Best of The West Award along with his wife Brenda in 2020 for their virtual discos – said that when lockdown was announced he thought that he would have to do something to keep his head sane.

“I came out and set everything up. I had never gone live on Facebook or anything before so we started I had to learn all that. When it started the numbers were going up and up each week.

“There were nights that we had over 1,000 people listening in. My wife was brilliant as she sat in the kitchen taking down everyone’s requests and passing them through the window to me.

“We had to move on to Mixcloud due to Facebook’s copyright rules but that has allowed us to get listeners from every place in the world.

“The night that Celtic won their ninth premiership in a row, we had over 42,000 people listening. It was quite euphoric as we also had the cavalcade up and down the Falls Road.

“We had regular listeners from as far away as Mozambique, Mexico and Zimbabwe. It has definitely created a community here locally as a lot of listeners didn’t know each other and now they are friends.”